Music History Monday: The Break It Down Show 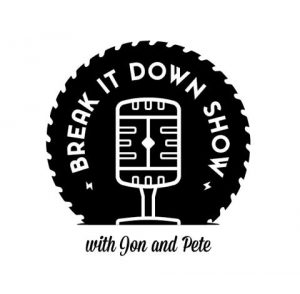 April 16 is one of those dates during which pretty much nothing of interest happened by way of music history. Now please, that’s not to say that nothing happened on this date. For example, on April 16, 1954, Roy Orbison attended an Elvis Presley show in Dallas Texas. Wow. On April 16, 1983, Kirk Hammett played his first show with Metallica in Dover, New Jersey. Whoa. And on April 16, 1996, KISS announced a reunion tour with makeup; be still our hearts. (Or did they makeup in order to announce a reunion tour? Inquiring minds.)

Noteworthy though they may be, I will be forgiven for choosing not to write 1100 words about any of these events. Instead, I want to take this opportunity to tell you about an awesome musical podcast called “The Break It Down Show” (established in 2012; 250-plus shows to date) and the two fascinating renaissance dudes who created it, host it, and produce it: in alphabetical order, Jon Leon Guerrero and Pete Turner.

The mission statement for “The Break It Down Show” is simple:

“To tell stories of interesting people doing fascinating things, with the intention of enriching the lives of all concerned.”

That’s a pretty broad statement, and Jon and Pete have indeed interviewed a wide variety of people in an equally wide variety of fields: cinema, comedy, literature, public policy, the military, sports, and self-improvement. But the overwhelming emphasis of “The Break It Down Show” (BIDS) is on music, which is how I’ve come to know the show and why I’m introducing it to you.

I’ve been privileged to appear on the show four times (five?; I haven’t kept track), and I would tell you that in my experience, the only interviewer I’ve met and worked with who is the equal of Jon and Pete is the great Larry King himself. (There is one big difference, though, between being interviewed for BIDS and the Larry King Show. When I was interviewed by Larry King it was in a television studio in Glendale California, surrounded by all the bustle and pressure characteristic of a TV studio: camera people, lighting people, sound people, technicians, a director, a producer, the make-up person, and a time clock to which we had to adhere. Under such circumstances – as an interviewee – I had to force myself to relax while hoping against hope that the words would come in complete sentences that the would actually make sense. Conversely, interviews with Jon and Pete are done at my dining room table, with extremely dry Bombay Sapphire martinis set before us to lubricate both mind and spirit. Under such circumstances, relaxation and words come easily, perhaps a bit too easily by the end of a session. But that’s the fun of it, and such an interview will go wherever it wants to go.)

It is fascinating to contemplate what makes someone a great interviewer. What skill sets do interviewers like David Frost, Oriana Fallaci, Howard Stern, Terry Gross, Charlie Rose (his misconduct notwithstanding), Larry King, and yes, Pete Turner and Jon Guerrero possess that make people naturally want to open up to them?

My personal skill set short list would begin with empathy: an innate ability to understand – at a gut level – the feelings and motivations of the person being interviewed. Then there’s kindness and respect: an interviewer (unlike an interrogator or a prosecutor) must be able inspire trust on the part of the interviewee, and the best way to do that is to be kind and respectful. A good interviewer must be competent: he or she must be able to steer a conversation and ask the appropriate questions at the appropriate time. Competence requires that an interviewer be smart, sensitive, articulate, well prepared and perhaps most importantly, knowledgeable.

If I embarrass Jon and Pete a wee bit by talking about them in some detail, too bad: sometimes even an interviewer must stand revealed. Because along with being innately empathic, respectful, kind, smart, sensitive, and articulate, they are extremely knowledgeable in the widest sense: not just book learnin’ knowledgeable but life experience knowledgeable. 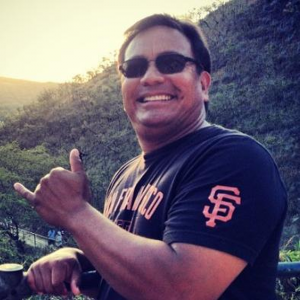 Jon Guerrero was born on Guam in 1969. His family moved to the San Francisco Bay Area in 1975, and that is where he remains with his wife and two grown sons. The town in which Jon grew up – Vallejo – was a hotbed of notable musicians, rappers, and producers. A drummer and percussionist by training, Jon became a DJ specializing in funk and hip-hop. He landed at Ozcat Radio, KZCT 89.5 FM, where he established a reputation for eclectic programming and interviews that leaned heavily towards social commentary.

20 years ago, Jon and his brother Joshua combined their love of martial arts with their desire to give something back to their community by creating a non-profit called the Black Dragon Kenpo Youth Organization. Over the years, BDKYO has introduced over 2100 at-risk children and teenagers to martial arts training at no charge, teaching discipline and fostering physical fitness and personal achievement. As for his day gig, Jon is a private investigator and security consultant. 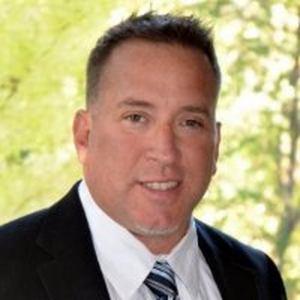 Pete Turner was born in the Bay Area town of Benicia in 1970. As a member of the U.S. Army, Pete served in Bosnia as part of operation Iron Joint Endeavor in 1996, after which he served as a civilian advisor in Iraq, Egypt, and Afghanistan, where he played an instrumental role in training counterintelligence agents and HUMINT (human intelligence) soldiers. His operational experience includes over 70 months in combat zones and over 1000 combat missions, during which by his own count he conducted many thousands of interviews with local residents and government officials. (When I first met him, Pete told me that one of the things that kept him sane while in the field was listening to my Great Courses music surveys. I am not easily humbled, but that just floored me.)

In 2012, Pete co-founded CULTRASEC with the political scientist Dr. Richard Ledet. CULTRASEC is a firm that focuses on helping organizations to foster, measure and leverage culture. He has co-authored a number of papers with Dr. Ledet and various other co-authors.  Among those papers is one that deals with female empowerment in conflict zones.

Somehow, Pete also finds the time to work with companies in finding, hiring, integrating and retaining veterans in their workforces. And he speaks at schools. And he advises think-tanks on modern conflict. And he answers military question on Quora (his responses are almost invariably the “lead” answers.)

Finally: Pete’s college-age daughter Brenna has assisted on a number of my interviews. (I was thrilled when she turned 21 and was thus able to make her a martini as well!)

So these are the people – and some of the life experiences – behind “The Break It Down Show.” Go listen. I would suggest that you start with their amazing interview of Sly Stone; podcast number 100. Then subscribe. These guys are wonderful and the show is great.

Break It Down Show