Learning how to appreciate the unmatched beauty, genius, and power of concert music can permanently enrich your life. Why is this so? As award-winning composer and Professor Robert Greenberg explains, “Music, the most abstract and sublime of all the arts, is capable of transmitting an unbelievable amount of expressive, historical, and even philosophical information to us, provided that our antennas are up and pointed in the right direction. A little education goes a long way to vitalizing and rendering relevant a body of music that many feel is beyond their grasp.”

Why is an understanding of concert music worthwhile?

The Tools, the Times, the Composers, and Their Music Grammar

Professor Greenberg gives you an outstanding grasp of musical forms, techniques, and terms—the grammatical elements that make you fluent in the language of music. These are not dull concepts. Professor Greenberg alerts us to the need for them:

“Music, like any pseudoscience, requires an adjectival palette by which we can isolate events that without proper terms we might not even be able to notice. It’s an interesting question to what degree language allows us to perceive things that are not language-associated. I’m a strong believer that if you’ve got the right word to identify something, you can perceive it. I think my favorite pseudoscience when it comes to this kind of thing is wine-tasting, where one has to come up with an adjectival palette that is almost a cartoon unto itself. But silly as these phrases may be—’Oh, this has a hint of young tobacco, and old oak fragrant with raspberries’—silly as these terms are, they allow us to draw distinctions without which we may not be able to draw at all. So we will create a useful vocabulary.”

Professor Greenberg teaches the powerful influence of social context on musical creation. Bestselling author James Collins, writing in Inc. magazine, explains: “The Greenberg series combines a history of Western civilization with a history of great music from ancient Greece to the 20th century. Greenberg’s 48 lectures come alive with passion and knowledge. The course illustrates the interplay between societal change and innovation and offers a unique perspective on the acceleration of change wrought by the 20th century.”

Professor Greenberg’s lectures show how musical creativity has provided, throughout the history of our civilization, a vibrant means of expression for grand spiritual, intellectual, political, social, and economic forces.

Whether it’s the profound influence of Lutheran spirituality on Bach or the effect of the French Revolution on Beethoven (to give just two examples), you’ll see how such forces have swirled through the lives of music’s creators and listeners in various historical epochs. You’ll also grasp how these forces have stimulated the creation of musical masterpieces that are both transcendent works of art and compositions deeply rooted in their respective eras, telling us something central about the human condition in each one.

The course examines the contributions of nearly every major composer. But one of Professor Greenberg’s aims is to make their music accessible, and, for this, we must accept that every one of them was human and no more. (He observes at one point that an English translation of the name Giuseppe Verdi would be simply “Joe Green.”) You will remember their music, and you will never forget the composers who are brought to life throughout the lectures. Consider Professor Greenberg’s introduction to Berlioz:

“Hector Berlioz begins writing the Symphonie fantastique in 1829 and he completes it in 1830, the same year he graduates from the conservatory, so he’s only 27 years old and still learning his craft.

“The Symphonie fantastique is an experimental artwork if there ever was one. It is an absolutely avant-garde piece of music. It attempts to unite the four great loves of Berlioz’s life, as he felt them then and as they continued to be throughout his life. Those four great loves, in no particular order, are: first, Shakespeare’s plays and Shakespeare’s sense of drama; second: Beethoven’s symphonies, which Berlioz worshipped; third: opera, which Berlioz lived for; and we must not forget the fourth great love of Berlioz’s life: himself. It’s a very autobiographical work. Again, we have to understand that autobiography is very typical of the self-involvement and expressive self-indulgence of the 19th- and indeed, the 20th-century artist.”

Using musical passages to illustrate his points, Professor Greenberg will take you inside magnificent compositions by Bach, Handel, Haydn, Mozart, Beethoven, Chopin, Verdi, Wagner, Brahms, Tchaikovsky, Stravinsky, and more. You have listened to many of the illustrative pieces all your life—you will never hear them the same way again after Professor Greenberg has opened them up. Look at the titles of the lectures in this course to see how much you’ll learn.

How to Listen to and Understand Great Music, 3rd Edition Lectures 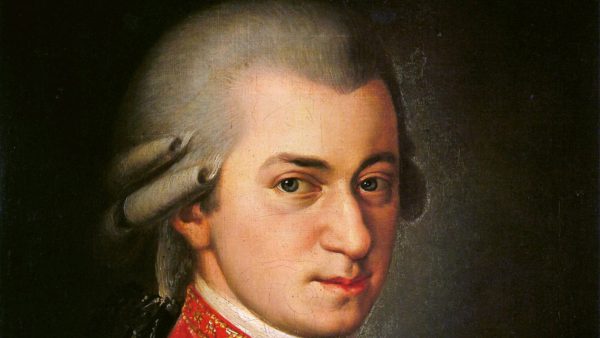 The Chamber Music of Mozart