Music History Monday: Not So Happily-Ever-After 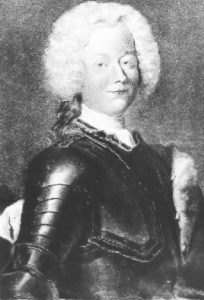 On this day in 1721 – 296 years ago – Johann Sebastian Bach’s employer, the 27 year-old Prince Leopold of Anhalt-Cöthen married the 19 year-old Friederica Henrietta of Anhalt-Bernburg. It was, for Bach, the final nail in the coffin lid of what had once been his dream job: that of Kapellmeister (master-of-music) for the court of Cöthen, in the central German state of Saxony-Anhalt. It was a position he had held since 1717 and one he had fully expected to hold for the rest of his life. Alas; as the old Yiddish saying goes, “Mann Tracht, Un Gott Lacht”: man plans and God laughs.

Sebastian Bach (as he was known to his family, friends and colleagues; “Johann” was but a Bach family patronymic that went back generations) was nobody’s fool. He knew his worth, and at a time when artisans like himself were expected to keep a low profile and “know their place”, Bach was an outspoken, often cantankerous employee, something that got him into trouble with his bosses on a regular basis.

The November 6, 2017 Music History Monday post describes just such an event, when Bach got himself tossed into jail for a month for attempting to quit his job as court organist in Weimar after he had been passed over for promotion. Bach was eventually released, fired (“you can’t fire me; I already quit!”), and sent packing to Anhalt-Cöthen, there to become Kapellmeister for the then 23 year-old Prince Leopold.

Leopold might have been young but he was a highly cultured, well-travelled young dude who knew exactly what he wanted when he began his personal rule on May 14, 1716: to turn his tiny principality into a “court of the muses.” To that end he built an art gallery that eventually held an outstanding collection of paintings and sculpture; he likewise constructed what is described as a “good-sized orangerie”: a building dedicated to the growing of citrus and other exotic trees and plants in climates not otherwise conducive to such flora.

But Prince Leopold’s great passion was for music, and upon taking his throne he had an opportunity that he realized he’d never have again. You see, just a few years before – on February 25, 1713 – Friedrich Wilhelm I (the father of Frederick the Great) became the King in Prussia and the Elector of Brandenburg. Known as the “Soldier King”, Friedrich Wilhelm was an austere, militaristic, puritanical man prone – unfortunately – to domestic violence. Among the first things he did when he became king was sell off most of his fathers’ horses, jewels and furniture and dissolve the all-star orchestra his father – Friedrich I – had painstakingly assembled over the years.

Berlin’s loss was Leopold’s gain. At tremendous expense, the prince hired the great bulk Friedrich I’s orchestra, and installed them in his court in Anhalt-Cöthen, the equivalent of relocating the 1927 Yankees to Medicine Hat, Alberta. What Leopold needed next was a Kapellmeister equal to his orchestra. He found his man when he met Bach at the wedding of his sister Eleonore Wilhelmine to the Duke of Saxe-Weimar Ernst Augustus I, on January 24, 1716.

Leopold’s court was Calvinist, and thus only the simplest music was used in worship. As a result, Bach’s job was entirely secular: he didn’t have to play the organ, conduct music at services, or answer to layer-upon-layer of religious authorities; Bach only needed to please the prince. And please Prince Leopold Sebastian Bach indeed did. The two of them had a real bromance going: the Prince loved his Bach and Bach loved his Prince. Bach said of Leopold, “the prince not only loved music, he understood music,” heady praise for Bach to give a nobleman.

In just five years – between 1717 and 1722 – Bach composed many of his greatest and best-known works, including many of his concerti (including the six so-called Brandenburg Concerti); two of his four orchestral suites (nos. 1 and 4); the Sonatas and Partitas for solo violin, solo cello, and harpsichord; the Two and Three Part Inventions; most of The Well-Tempered Clavier, Book One; and lots of miscellaneous chamber music.

Unfortunately, the bloom started coming off the Anhalt-Cöthen rose beginning in 1718. Prince Leopold was, quite simply, spending beyond his means, and he had to cut back the size of the orchestra. For Bach this was problematic but not a deal breaker, and he was able to adapt to the increasingly austere music budget. 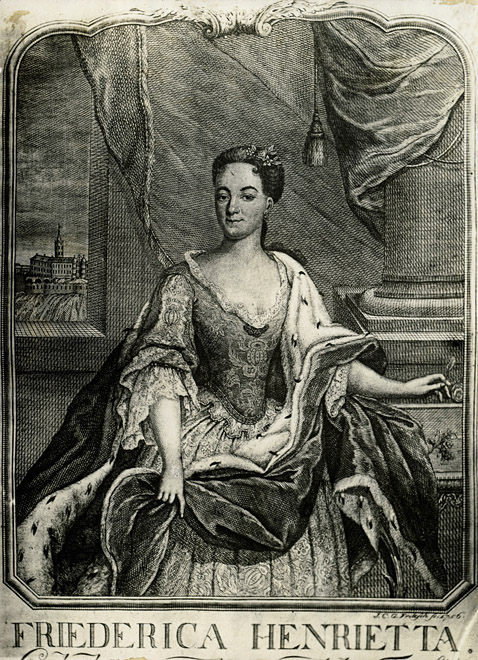 But he was not able to adapt to the new realities created by Prince Leopold’s wedding to Friederica Henrietta on December 11, 1721. Yes: the Prince himself was thrilled; in the weeks before the wedding he spent vast sums of money redecorating his palace, creating what he called a “princely guard” whose drills and parades he attended religiously, and in planning the actual wedding festivities that lasted for five weeks!

Bach did not like the new missus one bit; he called her an amusa: an airhead with no feeling or appreciation for art or music. The disdain was mutual, as Friederica Henrietta did not think much of Bach. She did not care for the amount of money Leopold spent on his “hobby” and she was jealous of the relationship between Leopold and Bach and no doubt eager to see it end. And indeed, as 1722 progressed the Prince’s interest in music waned in favor of his marriage bed.

Sebastian Bach was never one to take what he considered mistreatment (in this case, neglect), lying down, and much to his unhappiness he began casting about for a new job. He eventually found one as Kapellmeister for the city and churches of Leipzig.

And then ironic tragedy (or perhaps poetic justice?) struck, because on April 3, 1723 – even as Bach’s contract with Leipzig was being drawn up – Princess Friederica Henrietta breathed her last and died, age 21 years, 2 months, and 11 days. Prince Leopold – distraught over the loss of his wife and his beloved Kapellmeister – begged Bach to stay. But Bach’s mind was made up, and ten days later – on April 13, 1723 – the now doubly bereaved Prince Leopold signed Bach’s dismissal papers.

Sadly, Leopold was not destined for a long life either, and he followed Friederica Henrietta to the grave 5 years later, dying 9 days before his 34th birthday.