What Killed Mozart? The Real Story 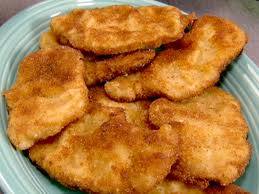 The other white meat: pork. Was it just such a rogue cutlet that cut short Mozart’s life?

Mozart died 222 years ago today at the not-at-all ripe age of 35 years, 10 months, and 8 days. In yesterday’s post I described some of the conspiracy theories that have accumulated around Mozart’s death like guano on seaside rocks. Today we move on to some of the medical diagnoses that have been proposed to explain his untimely death.

What killed Mozart? According to his death certificate, Mozart died of “heated miliary fever” which was eighteenth century for “haven’t a clue.” A contemporary newspaper claimed that he died of “dropsy of the heart,” a swelling of the body due to water retention as a result of kidney failure. So, kidney failure has also been blamed for Mozart’s death, a failure that could have been brought on by a streptococcal infection (strep throat), viral hepatitis, scarlet fever, or some other viral illness. According to Dr. Peter J. Davies in the Journal of the Royal Society of Medicine (1983), Mozart died from Henoch-Schonlein syndrome, another secondary illness brought on by a viral infection.

In fact, some 150 separate diagnoses have been proposed to explain Mozart’s death. According to Dr. Jan Hirschmann of Puget Sound Veterans Affairs Medical Center in Seattle, Mozart died of trichinosis, which he contracted by eating undercooked pork cutlets on October 22, 1791, 44 days before his death. According to Nasa scientist Dr. William Grant, it was vitamin D deficiency caused by a lack of exposure to sunlight that did Mozart in.

My personal favorite theory appeared in an article by Josie Glausiusz, published in Discover magazine in 1994. According to Glausiusz, Mozart died from a chronic subdural hematoma – a slow leakage of blood into the space between the skull and the brain.

“Although it has commonly been assumed that Mozart’s remains were lost to posterity – like most people of his time and station he was buried in a communal grave – a skull reputed to be Mozart’s was unearthed ten years after his death by the gravedigger who had interred him. The skull ended up in Salzburg’s Mozart Museum, where it is today, its authenticity still in dispute.

In the early 1990’s, the skull was analyzed by a team of French anthropologists from the University of Provence. Wear on the teeth confirmed that the skull had belonged to a man between 25 and 40 years of age. And when the researchers superimposed photographs of the skull on portraits of Mozart, they found that the skull’s features – in particular the cheekbones and the egg-shaped forehead – matched perfectly.

Of particular interest is a crack in the skull’s left temple. The fracture is only partially healed, indicating that it happened in 1790 or early 1791 (assuming that the skull is in fact Mozart’s). Most likely, the fracture resulted from a fall. According to Dr. Miles Drake of Ohio State University, such a fracture could have torn veins leading from the surface of the brain, allowing blood to leak into the subdural space, which lies between the brain’s protective membrane and the skull. As the blood accumulated and dried, it would have put increasing pressure on Mozart’s left hemisphere. That would have made him subject to mood swings and depression.

[Blogger note: Mozart was notorious for falling off of horses after having had a few drinks, the latter occurring on a regular basis.]

Chronic depression, “black thoughts”, and headaches figure prominently in Mozart’s letters of 1790. Indeed, Mozart’s doctors recorded that they suspected he had a “deposit on the brain.” In eighteenth century neurological terms, that could have been anything from a brain abscess to a stroke to a brain tumor – or a chronic subdural hematoma.

According to Dr. Drake, Mozart could have survived the hematoma. But in December of 1790 he contracted some sort of infection and a high fever and called in his doctors. Their prescription was heavy blood-letting – the 18th century doctor’s favorite treatment for illnesses he couldn’t explain. With a chronic leak in his skull, Mozart could not afford to lose any more blood. The sudden fall in blood pressure probably caused a stroke. If Drake’s theory is right, then, it was a banal act of medical ignorance that left the world with an unfinished Requiem.” (Glausiusz, Discover, March 1994)

It’s time, thankfully, to cut to the chase. The massive bloodletting that Mozart was subjected to on the night of December 4, 1791 almost certainly precipitated his death. Georg Niklaus Nissen’s biography of 1828, written in consultation with HIS wife, Constanze Mozart Nissen, contains the following, most telling passage:

“Accordingly, the family doctor, Dr. Closset, arrived late that night and undertook the letting of blood . . . whereupon his strength visibly ebbed and he fell unconscious and never came to again.”

However, the illness that led to the bloodletting was, almost certainly, acute rheumatic fever. In 1824, Dr. Guldener von Lobes, Medical Superintendent for Lower Austria, testified that:

“[Rheumatic fever] attacked at this time a great many of the inhabitants of Vienna, and for not a few of them it had the same fatal conclusion and the same symptoms as in the case of Mozart.”

Mozart had first contracted rheumatic fever as a child during one of the grueling concert tours he made with his father Leopold, and periodically suffered relapses into his adulthood.

In all likelihood, then, Mozart’s death was rooted in the events of his childhood. And his childhood was controlled by his father. Leopold Mozart, himself dead since 1787, might very well have been responsible for the death of his son. In this light, Leopold was Wolfgang’s creator and executioner, and Wolfgang was never to be free of the curse of his father.