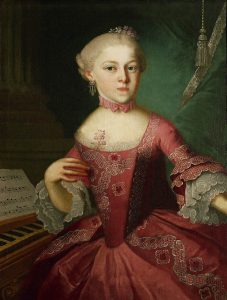 Nannerl Mozart in 1763, at age 12, by Pietro Antonio Lorenzoni

Today we mark the birth – 267 years ago, on July 30, 1751 – of the “other” surviving Mozart child. Four-and-a-half years older than her brother Wolfgang, her full name was Maria Anna Walburga Ignatia Mozart; she was known as “Marianne” and went by the nickname of “Nannerl.”

Nannerl was something of a musical prodigy herself, and by an early age she had become a formidable harpsichordist and pianist, to the degree that in the earliest of the Mozart family musical tours, she often received top billing over her brother. But her life as a performer came to a screeching halt when she turned 18 in 1769. Having reached a “marriageable age”, she was no longer permitted by her father to publically “exhibit” her talents. Yes, Nannerl could have gone renegade like her brother and defied her father, but such a thing would have been inconceivable to her. From her first breath to her last, Maria Anna/Marianne/Nannerl – whatever we choose to call her – was her father’s daughter, and she could no more have gone against his wishes than I can pole vault 19 feet (or 4 feet, for that matter). She did not marry the man she loved because Leopold forbade her from doing so. Instead, at the age of 32, she married the man Leopold told her to marry. She happily continued to promulgate the Leopold-created Mozart family myth that Wolfgang was but a child in a man’s body long after both Leopold and Wolfgang had died. When Leopold disinherited Wolfgang for marrying without his blessing, Nannerl inherited not just the money Wolfgang had himself earned touring as a child but also all the music manuscripts he had left behind in Salzburg.

(In my “Music History Monday” post of May 28 of this year I discussed the origins of the Mozart family myth and the issue of Wolfgang’s disinheritance, during which I went so far as to refer to the adult Nannerl as a “weasel” which, when it came to the way she treated her adult brother, she was.)

Okay; name-calling is immature, but in this case, it is richly deserved. WEASEL!

Moving on, let us contemplate the genetic inheritance of the Mozart children.

Leopold Mozart – Dad – was born in Augsburg (in what today is southern Germany) on November 14, 1719; he died in Salzburg (in what today is northeastern Austria) on May 28, 1787. On November 21, 1747, Leopold married Anna Maria Walburga Pertl in Salzburg. She had been born nearby, in the village of St. Gilgen; she died on July 3, 1778, in Paris. According to the Mozart scholar Hermann Abert, at the time of their marriage, Leopold and Anna Maria:

“Were regarded as the handsomest couple in Salzburg, and surviving portraits certainly confirm this assessment.”

Leopold Mozart was a musician of not inconsiderable talent. He was a skilled violinist and organist, and a competent conductor and composer. He wrote a book on playing the violin – published in 1756, the year of Wolfgang’s birth – that was extremely influential and was translated into Dutch and French. However, he all but gave up composing, performing, and teaching in order to focus almost entirely on the musical training of his children (much to the unhappiness of the authorities in Salzburg, who expected him to actually earn his salary).

Anna Maria Mozart – Mom – had “an ear for music”, but that’s about it. Her interests were varied; she enjoyed attending the opera and plays, and we read that she was equally interested in the political events and the military conflicts of her time. Were she alive today, we’ve little doubt that her iPhone would be belching out NPR all day (no; not Fox “News”; Mozart’s mother would not have listened to Fox “News”; you’re just going to have to trust me on this). The only genetic proclivity she seems to have passed on to her son (though certainly not on to her daughter), was her propensity for the lowest, crudest sort of toilet/scatological humor, “a propensity common to Salzburgers as a whole”, we are told.

All together, Leopold and Anna Maria Mozart had seven children, of which tragically, though not atypically for the time, only two survived their infancy: Nannerl and Wolfgang. Here’s a list of all of the Mozart children: 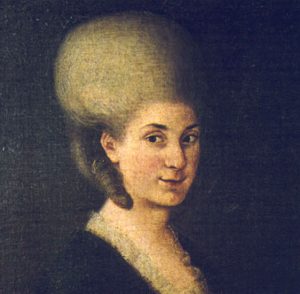 If Leopold and Anna Maria Mozart were living and reproducing in Salzburg today, it is very likely that all seven of their children would have survived into their adulthoods (and, for that matter, it’s also likely that their youngest kid, Wolfgang, would have lived into his old age.) It is – for me at least – fascinating to speculate as to whether the prodigious musical DNA of the two surviving Mozart children would have been present in any or all of the other kids. There’s no reason to expect that it would have, except for the fact that the two surviving Mozart children – Nannerl and Wolfgang – were indeed prodigies. Can we even start to imagine the YouTube videos of the Salzburg version of “the Jackson Five” – “The Mozart Seven!” – with tiny little Wolfgang fronting the band a la the diminutive Michael Jackson? We can well imagine little Wolfgang doing the moonwalk back-and-forth in front of a synthesizer keyboard while he played.

That I would pay to see!

For lots more about the Mozart family I would direct you to my Great Masters biography of Mozart, as well as my courses on The Operas of Mozart, Mozart’s Chamber Music, and Mozart in Vienna, all of which can be examined and downloaded on this website. 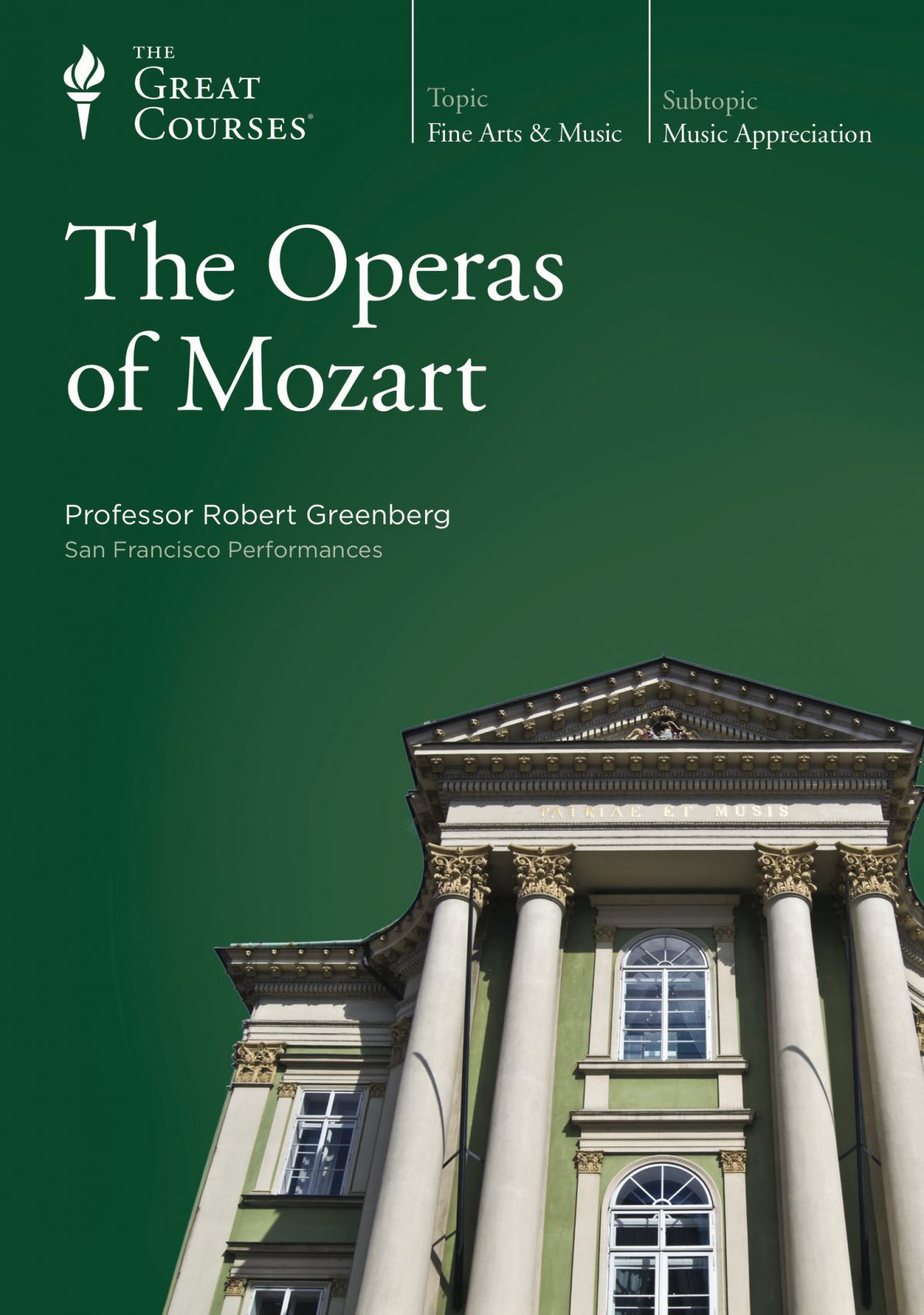 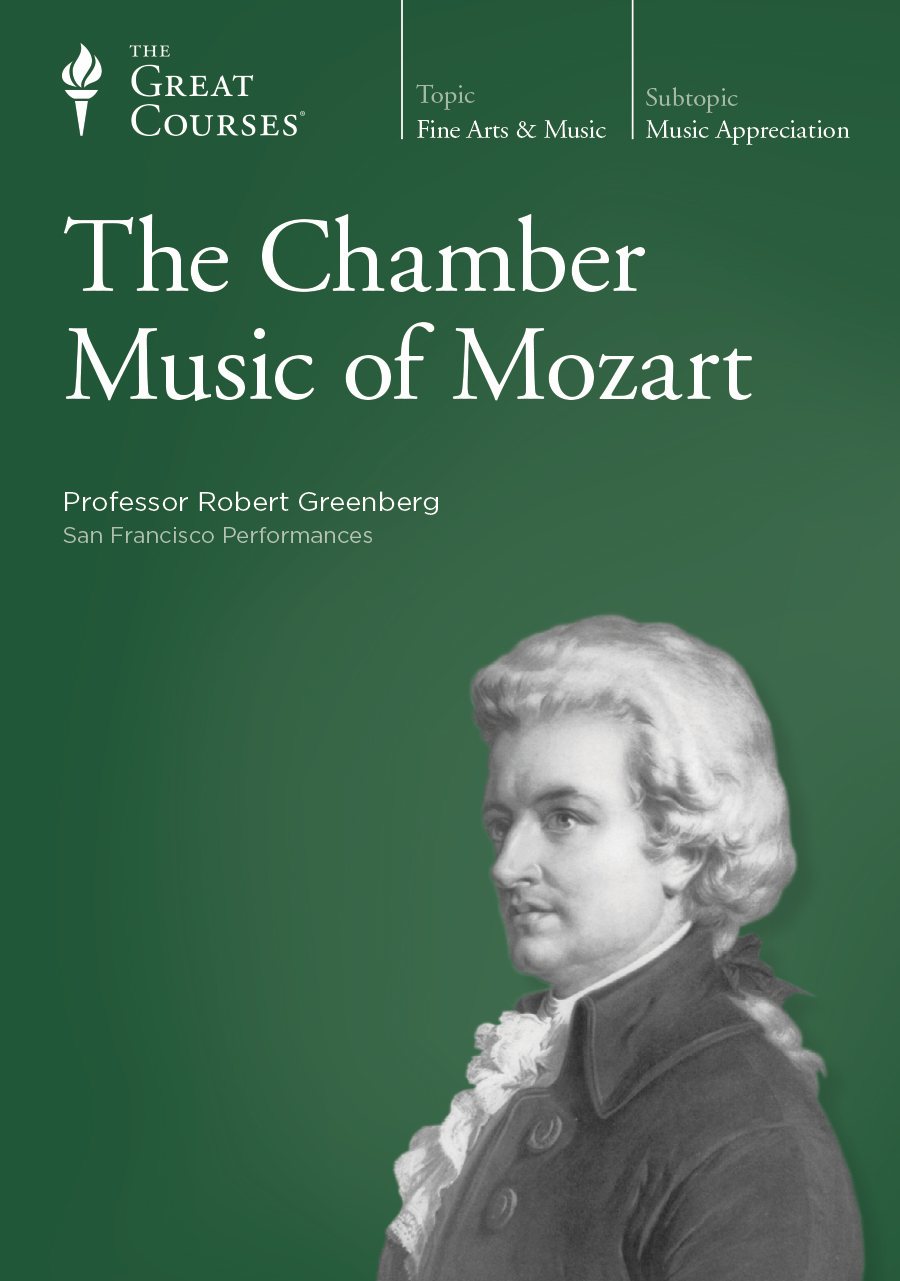 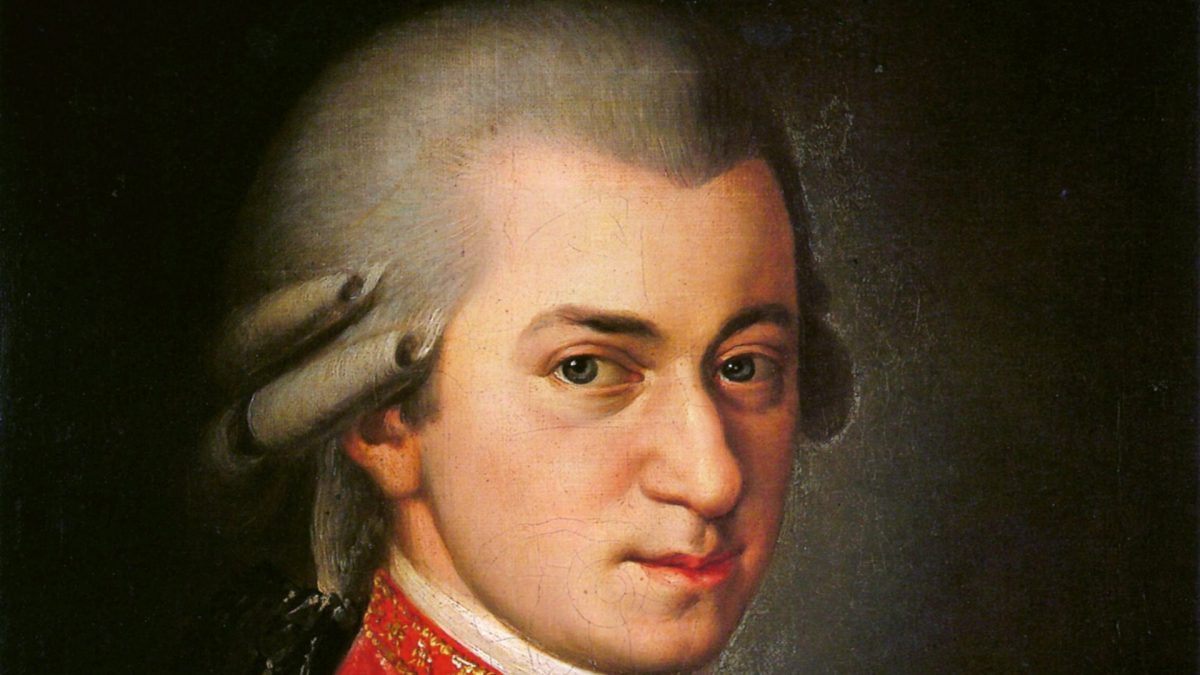