Music History Monday: Serge Koussevitzky and What it Takes to Be a Special Person! 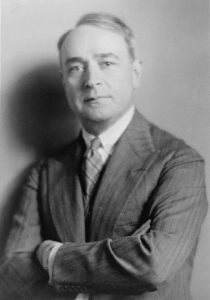 Now look, I will be the first to acknowledge how lucky I am: in a world filled with want and poverty, my family and I live in the greatest of comfort.

(The old joke must be told. The flight attendant settles an elderly gentleman into his seat and asks, “are you comfortable?” He replies with a shrug, “I make a living.”)

My domestic comfort notwithstanding, my wife and I work very hard, and as neither of us has a pension beyond our self-employment IRAs, and as we have relatively young children (7 and 11 years old) who (or so I’m told) need to be fed, clothed, and educated, we worry about money. Yes, we are aware that “money can’t buy you love.” But it can buy you just about everything else, including freedom from worry, and that – in a nutshell – is 50% of my definition of what it is to be monetarily rich: never having to worry about money. The other 50% of my definition of what it is to be rich is to have so much money that it becomes imperative to give it away.

I am about to cross into the realm of fantasy, and if there’s anyone out there who would like to turn that fantasy into reality, be my guest. Because when it came to giving money away, I’d be a great rich person. I know we would all have our causes; here’s what I would do.

I’d set up a foundation dedicated to the creation, performance, publication and recording of new music by established but under-exposed American composers, meaning the vast majority of living American composers. (Why just Americans is another conversation, though for now let’s just observe that funding new music is not presently a high national priority in the United States.) Why do we need such a foundation dedicated to such a cause? It’s personal. As an established but under-exposed composer myself, I will gladly admit to being just a bit cranky about all the funding provided for “emerging composers”, and even more irritated about the tiny proportion of living composers whose works are performed and recorded by nationally visible organizations. This is a classic “don’t get me started” topic, and I’m not going to name names, but now that I am started, here you go. You have no idea how many truly wonderful composers there are out there who never ever get a high-visibility performance and/or recording, while the same dozen-or-two composers get the vast majority of the prizes, commissions, performances, and recordings. The issue is most assuredly not one of quality or ability – I would tell you that my friends Frank LaRocca and Marty Rokeach, for example – are as good if not better than the composers presently winning the Grawemeyers, the Pulitzers and getting commissions from the New York Philharmonic and the San Francisco Symphony. Talent is not the issue; as is so often the case in our lives, luck, connections, luck, location, luck, timing, and luck have more to do with it than anything else.

So. My rich-person philanthropic fantasy is to increase the size of the “luck pool” by finding and commissioning worthy American composers. Once composed, my foundation would then see to the performance, publication, recording and promotion of those commissioned works to the community at large. In doing all of this, I would have two models in mind: the composer and pianist Henry Cowell and the virtuoso double-bassist, composer and conductor Serge Koussevitzky. Cowell was a remarkable man and artist; sooner or later I’ll have the opportunity to feature him in a blog. But for the remainder of today’s post we turn to Serge Koussevitzky, who was born on July 26, 1874 in Vyshny Volochek, in Russia, and died 67 years ago today, on June 6, 1951, in Boston.

There was never much doubt about what Koussevitzky was going to “do” when he grew up; he was born into a Jewish family of musicians and groomed from the beginning for the profession. Along with the bass, he studied the violin, cello, trumpet and piano and attended the Moscow Conservatory. He joined the bass section of the Bolshoi Theater orchestra in Moscow at the tender age of 20 and was appointed principal in 1901, at the age of 27.

Generally but accurately speaking, the best advise you can give a musician (aside from never turn down free food) is DO NOT quit your day gig and, if it is possible, marry rich. Assuming that he never turned down free food, I’d tell you that Koussevitzky went one-for-two: in 1905, at the age of 31, he married a woman named Natalie Ushkova, who was the heiress of a fortune made in the tea business.

To paraphrase Billie Holiday and Arthur Herzog Jr.’s song, “God bless the musician that’s got his own.” Thanks to his marriage, Koussevitzky quite suddenly “had his own.” Faster than you can say “doh!” he quit his job at the Bolshoi, and with his blushing bride in tow moved to Berlin, there to study conducting with the legendary Artur Nikisch, the conductor of the Berlin Philharmonic Orchestra (by the way, whose gambling debts young Koussevitzky personally paid off).

Koussevitzky made his professional conducting debut two years later by hiring the Berlin Philharmonic; the program included a performance of Rachmaninoff’s Piano Concerto No. 2 with Rachmaninoff himself as the soloist.

Koussevitzky returned to Moscow in 1909, founded his own orchestra and immediately established an artistic policy that would characterize his entire career: yes, he performed the “classics”, but he also went out of his way to find and perform the music of such young and mid-career composers as Mahler, Richard Strauss, Debussy, Scriabin, Ravel, Busoni, Stravinsky, and Prokofiev. Bless him, Koussevitzky was not content to be just a conductor. In 1909 he also founded his own publishing house, which he called L’Éditions Russes de Musique which was devoted exclusively to publishing new Russian music. According to the famed musicologist Hugo Leichtentritt, writing in 1946:

“The world celebrity of Scriabin, Rachmaninoff, Stravinsky and Prokofiev is greatly due to the help they received [from Koussevitzky] by the publication of practically all their new scores.”

(Leichtentritt goes on to observe that: “A similarly comprehensive edition of New American Music is still lacking; without such an institution many valiant efforts of gifted American composers are doomed to speedy oblivion”. To which we say ain’t that the truth.)

(For those who need to know, Koussevitzy’s L’Éditions Russes de Musique was sold to the English publishing house of Bossey & Hawkes on March 1, 1947.)

Koussevitzky hit the big time in 1924 when, at the age of 50, he succeeded Pierre Monteux as music director and conductor of the Boston Philharmonic Orchestra (BSO), a post he would hold for 25 years. It was from that bully pulpit/podium that Koussevitzky became one of the most important musicians in history, responsible for commissioning more masterworks than any other single musician before or since. A short list of the works he commissioned for the BSO includes Aaron Copland’s Symphonic Ode; Howard Hanson’s Symphony No. 2, Romantic; Paul Hindemith’s Konzertmusik for string and brass instruments, Arthur Honegger’s Symphony for Orchestra; Serge Prokofiev’s Symphony No. 4 and Igor Stravinsky’s Symphony of Psalms.

But even more important was Koussevitzky’s creation – in 1942 – of the Koussevitzky Music Foundation. Presently administered by the Library of Congress, the Koussevitzky Foundation has been responsible for the commissioning and premiere performances of more new music than any institution in history excepting the Catholic and Protestant churches. Through his foundation, Koussevitzky personally commissioned such works as Béla Bartók’s Concerto for Orchestra; Benjamin Britten’s opera Peter Grimes; Aaron Copland’s Symphony No. 3; Darius Milhaud’s Symphony No. 2; Heitor Villa-Lobos’s Madona; Walter Piston’s Symphony No. 3; Roy Harris’s Symphony No. 7; Arnold Schoenberg’s A Survivor from Warsaw; Leonard Bernstein’s Serenade; the list goes on and on; I will not. And though Koussevitzky died in 1951, his legacy lives on: the Foundation continues to commission music by deserving composers, both known and relatively unknown. Indulging momentarily the sin of pride, I’d mention that I received a Koussevitzky Foundation commission in 1995 for the composition and premiere of my third String Quartet, entitled Among Friends.

Wouldn’t it be loverly to be able emulate Maestro Koussevitzky! All I need is to somehow get very, very wealthy…