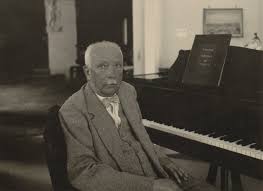 We celebrate the birth of the composer Richard Strauss, who was born on June 11, 1864, 154 years ago today.

I will pull no punches here: in my humble (but happily expressed) opinion, Richard Strauss was one the greatest composers of the nineteenth and twentieth centuries. He was a melodist and musical dramatist on near par with Mozart, which is, I think, just about the highest compliment any composer can be paid. His brilliant (though, admittedly, sometimes sprawling) tone poems – From Italy, Don Juan, Macbeth, Death and Transfiguration, Till Eulenspiegel’s Merry Pranks, Thus Spoke Zarathustra, Don Quixote, A Hero’s Life, Domestic Symphony, and An Alpine Symphony – constitute, virtually, a genre of experimental music of their own. His superb operas pick up from where Richard Wagner’s “music dramas” leave off, which inspired the wags of his time to call Strauss “Richard II”. He continued to turn out masterworks until the very end of his long life; his exquisite Oboe Concerto (1945) and Metamorphosen for strings (also 1945) were composed when he was 81; his Four Last Songs (1948) was composed when he was 84.

In 1947, the 83 year-old Strauss declared with typical self-deprecation:

Despite his brilliance as a composer (and competence as a conductor), Strauss’ reputation continues – to this day – to be sullied by his perceived association with the Nazis. Let’s do what we can to set that record straight.

Richard Strauss didn’t care a fig for politics; he wanted to be left alone to write his music, play cards, and count his money. (Strauss loved his creature comforts and made no bones about it; he wrote music for a living and not for some higher artistic ideal. A great story. In 1901 Gustav Mahler conducted the Vienna premiere of Strauss’ opera Feuersnot, or “The Need for Fire.” Mahler’s wife, Alma, sat next to Strauss during the rehearsals. She wrote in her diary:

“Strauss thinks of nothing but money. The whole time [during the rehearsals] he had a pencil in his hand and was calculating the profits down to the last penny. It was disgusting.”)

Earth-to-Alma: everyone has to make a living.

When the Nazis came to power in 1933, Strauss did business with them and appeared to turn a blind eye to the developing catastrophe around him. But in fact – in private – he was mortified; in 1933 he wrote:

“I consider the Jew-baiting as a disgrace to German honor, as evidence of incompetence—the basest weapon of untalented, lazy mediocrity against a higher intelligence and greater talent.”

For their part, the Nazis were publically thrilled to have the single most important living German composer working with them. They showered Strauss with honors and titles and Strauss took everything they offered. But in private the Nazis felt no more affection for Strauss than Strauss felt for the Nazis. The Minister of Propaganda Joseph Goebbels wrote in his diary:

“Unfortunately we still need him [meaning Strauss], but one day we shall have our own music and then we shall have no further need of this decadent neurotic.”

Strauss managed to maintain his pretense of accommodation with the Nazis until the time came when even Strauss – who was called by his friend, the conductor Hans Knappertsbusch, an “[opportunistic] pig” – until even he – Strauss – could no longer pretend to turn a blind eye. The catalyst for Strauss’ change of heart was Kristallnacht – the “Night of Broken Glass” – that took place on the night of November 9 and 10, 1938. The reason for his change of heart was his family. Strauss had one son: Franz. In 1925, Franz married a Jewish girl named Alice von Grab. Franz and Alice had two boys who were, by matrilineal Jewish law, Jewish. Strauss adored his daughter-in-law and his grandsons, and starting in November of 1938 he did everything in his power to save their lives. In this he was successful. He managed to save a few of Alice’s relatives as well, but, sadly, not many. (At one point he even drove to the Theresienstadt concentration camp in Czechoslovakia in an attempt to gain the release of Alice’s grandmother, Paula Neumann. But in this he was not successful, and she was murdered in the camps, along with 25 other members of Alice’s family.)

Strauss became an early and vocal opponent of the War, which created a terrific conundrum for the Nazis, in particular the propaganda minister Josef Goebbels. On one hand, Richard Strauss was a priceless, irreplaceable figurehead. But it was necessary that he shut the freak up. So – threats were made – and Strauss, in his late seventies and in failing health, decided that discretion was the better part of valor. He did indeed shut up and removed himself to his vacation villa in Garmisch in the Bavarian Alps. It was there – in Garmisch – that he and his family sat out the remainder of the war.

As the war drew to its close, Strauss wrote in his diary:

“The most terrible period of human history is at an end, the twelve-year reign of bestiality, ignorance and anti-culture under the greatest criminals, during which Germany’s 2000 years of cultural evolution met its doom.”

On April 30, 1945 American troops took the town of Garmisch without a fight. Early the next day, several jeeps drove up the driveway to the villa at 42 Zoeppritzstrasse. Strauss’ villa was the largest house in town, and the soldiers had been ordered to commandeer it for use as a command post. Lieutenant Milton Weiss entered the house and encountered the 81 year-old Strauss as he came down the stairs. He said:

“I am Richard Strauss, the composer of Rosenkavalier and Salome.”

Weiss – a Jewish piano player who before the War had performed in the Jewish resorts in New York’s Catskills Mountains – listened to Strauss’ story about his Jewish relatives and decided then-and-there to set up his command post elsewhere.

But Strauss’ problems were not over, not yet. A few hours later – at 11 am – another group up jeeps drove up to the house, this squad commanded by Major John Kramers of the 103rd Infantry Division’s military-government branch. The Strauss family was informed that they had 15 minutes to pack up and leave the house. Strauss walked outside to the Major’s jeep with two documents in his hands: one of them stated that Strauss was an honorary citizen of Morgantown, West Virginia. The other document was part of the manuscript of his opera Rosenkavalier. Again, Strauss identified himself as being “Richard Strauss, the composer.”

With Major Kramers, Strauss hit pay dirt. We are told that the Major’s face “lit up”: he was a huge fan of Strauss’ music. After handshakes all around, the Major placed a sign on Strauss’ lawn that read: “OFF LIMITS”. The sanctity of Strauss’ home would be honored, and in short order the occupying troops became his friends and protectors as well.

Another great story in closing. A young OSS (meaning American military intelligence) officer named John de Lancie heard what had happened and high-tailed it to Strauss’ villa. Before the War, de Lancie had been the principal oboist of the Pittsburgh Symphony. (For our information: he went on to be the principal oboist with the Philadelphia Orchestra from 1954 to 1977 and Director of the Curtis Institute in Philadelphia from 1977 to 1985; he ended his career at the San Francisco Conservatory where he and I were colleagues and died in May of 2002 in Walnut Creek, a suburb of San Francisco.) The 24 year-old de Lancie introduced himself to the 81-year-old Strauss and became a regular visitor to the villa. During one of his visits, de Lancie asked Strauss if he had ever considered writing an oboe concerto. Strauss said no, and that was the end of that.

Until six months later, when Strauss published an oboe concerto. His autograph of the score bears this inscription:

“Oboe Concerto/1945/suggested by an American soldier.”

Strauss himself died there in Garmisch on September 8, 1949, age 85. A heartfelt happy birthday to you. 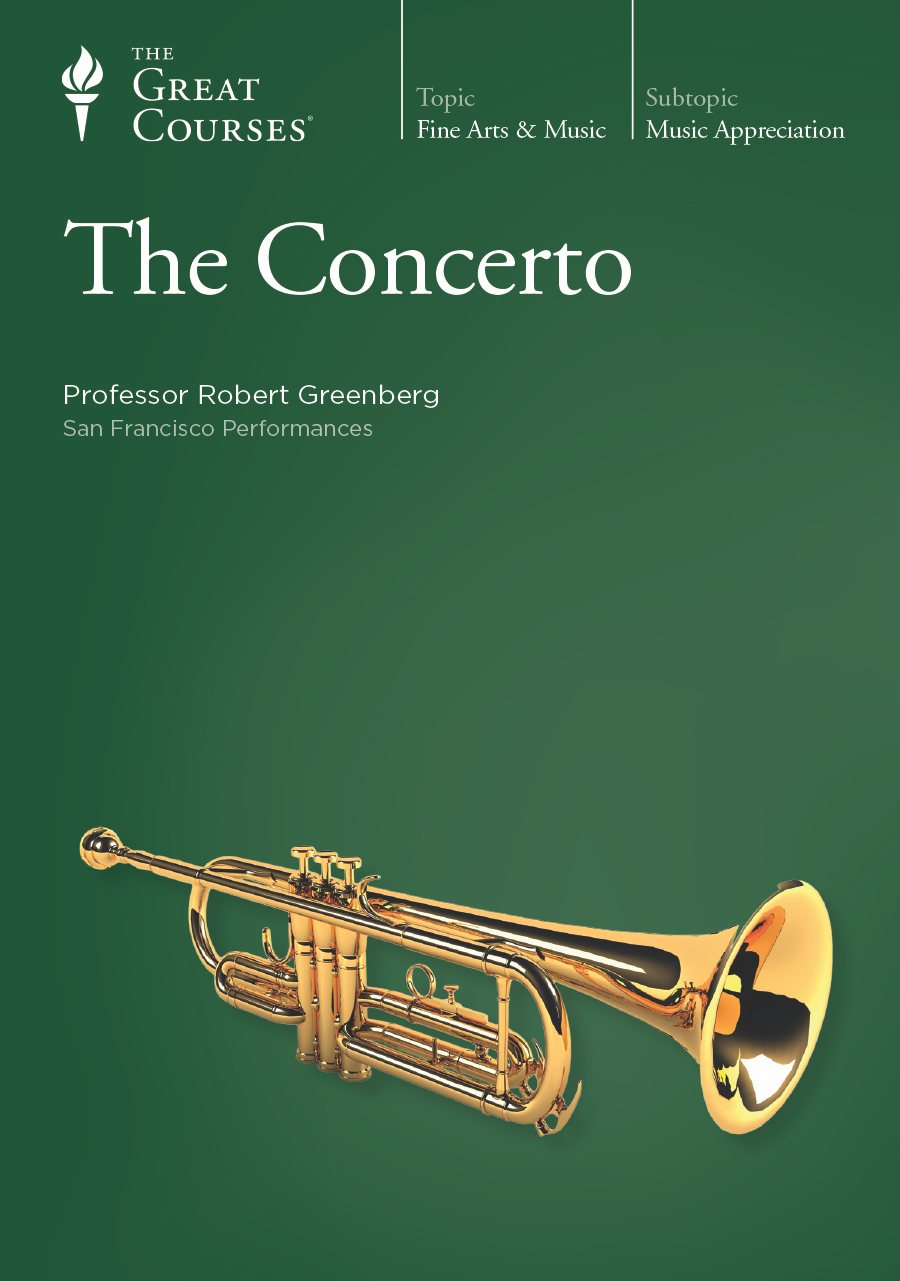 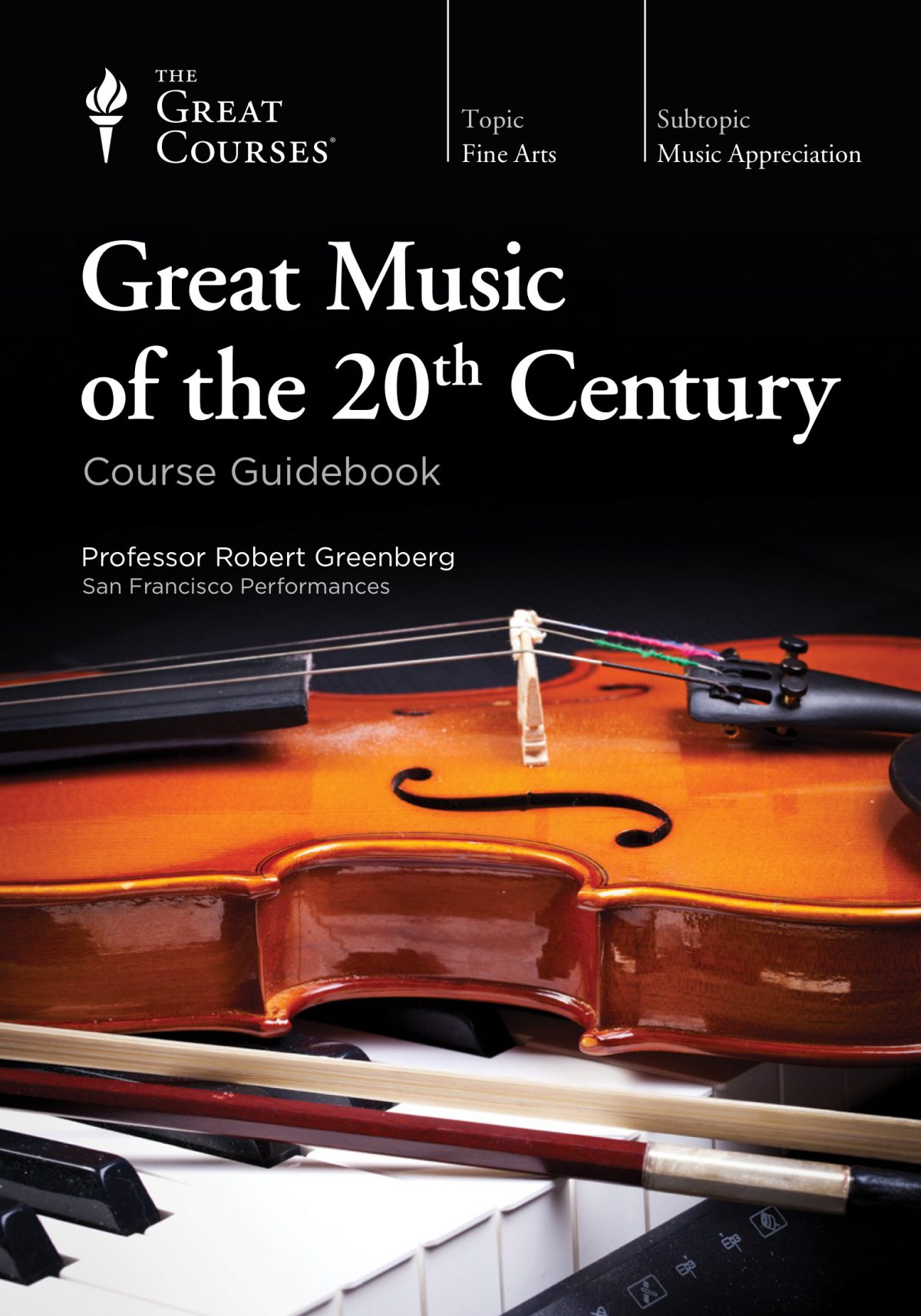 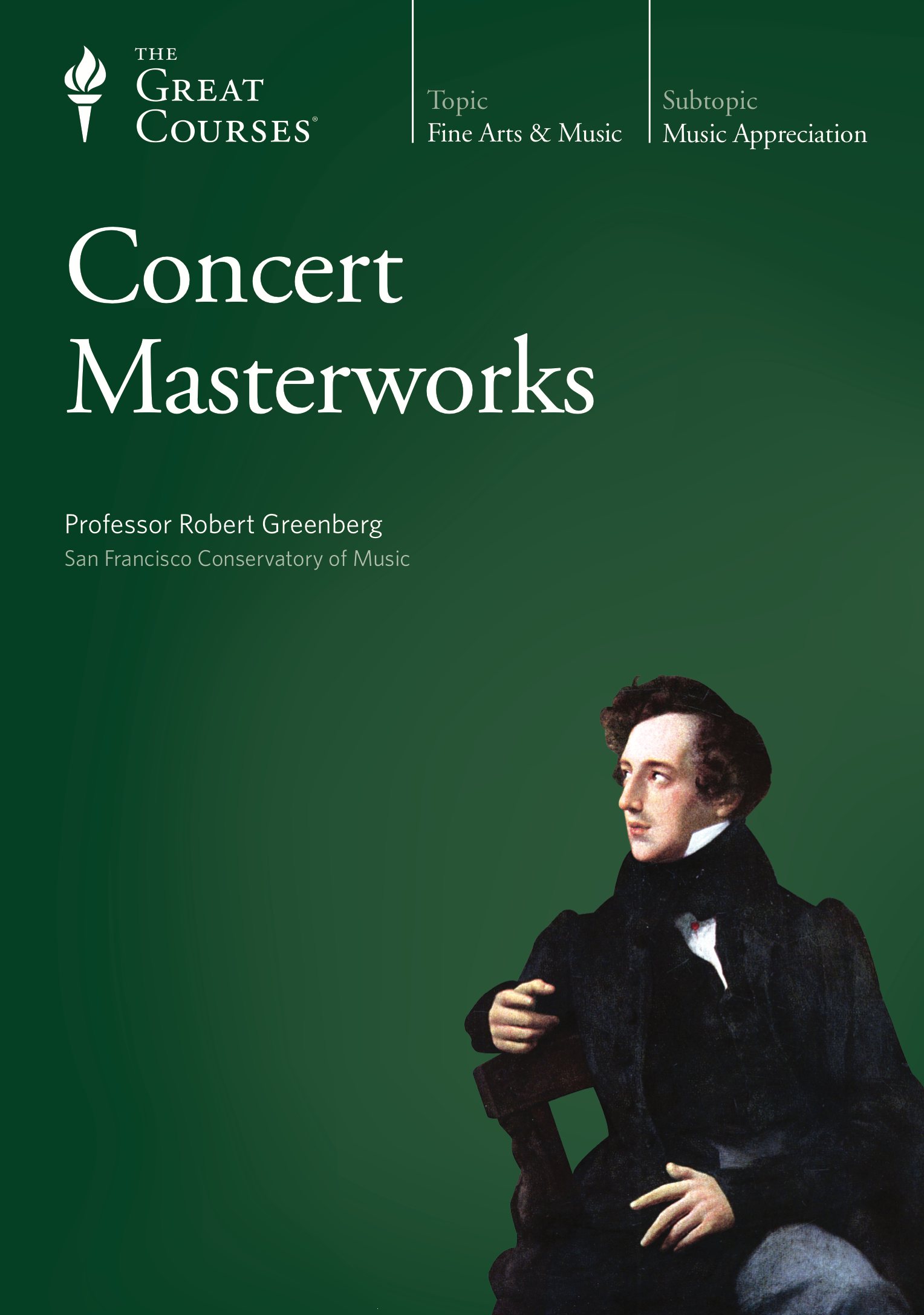 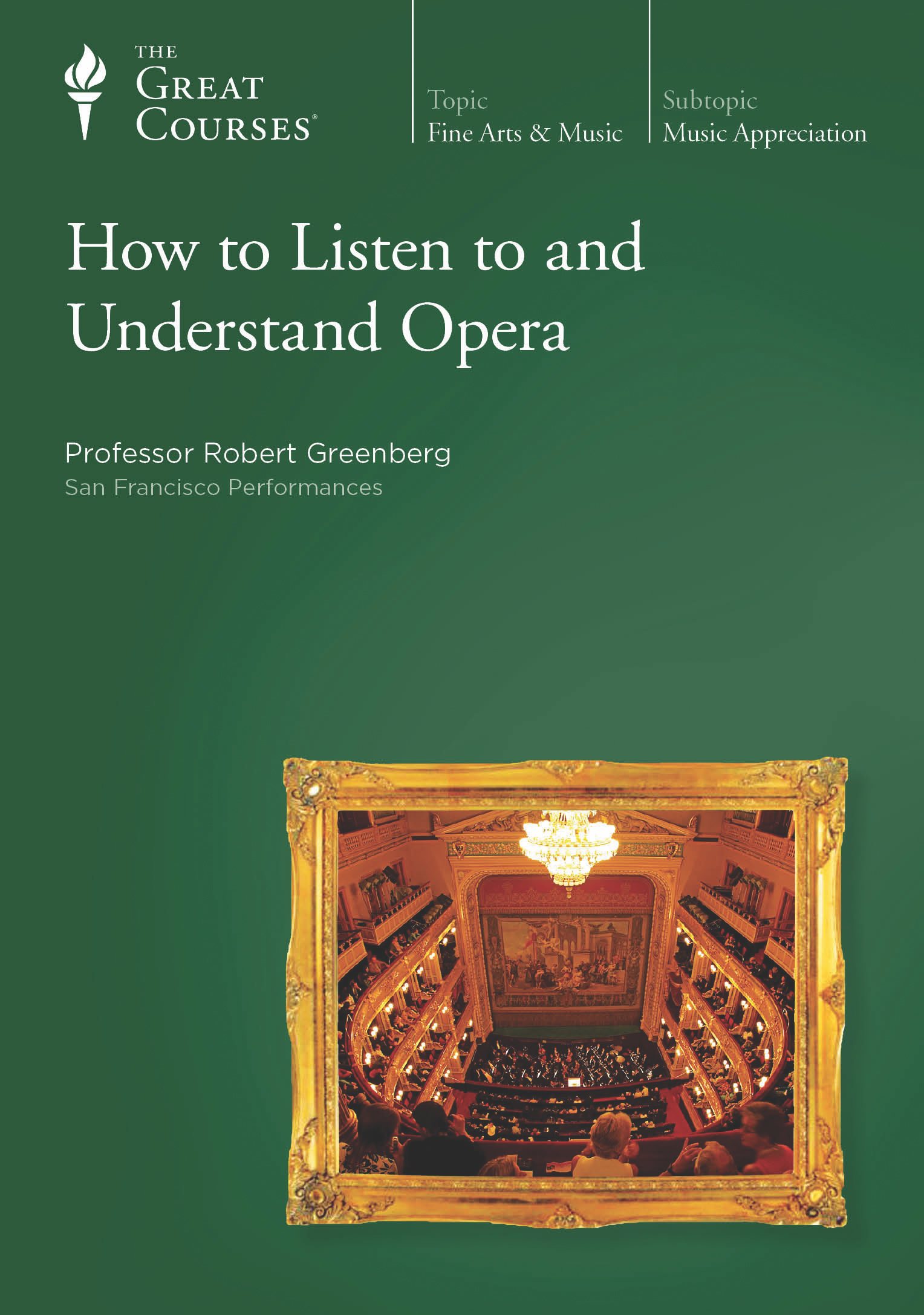