Music History Monday: There’s No Software Without the Hardware! 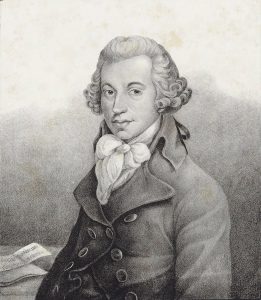 Today we celebrate the birthday of the piano builder and composer Ignaz Joseph Pleyel, who was born in Ruppertsthal, Austria on June 18, 1757: 261 years ago today.

It’s entirely understandable if you’ve never heard of Pleyel or his music, because his music – despite being extremely attractive and technically sound – has fallen into almost total obscurity. But if one had to pick a single, “most popular composer” in the years between 1800 and 1820, it would be Pleyel: more popular than Haydn, than Mozart, and yes, most certainly more popular that that curmudgeon Beethoven.

A review published in 1791 in the Morning Herald of London states that Pleyel:

“is becoming even more popular than his master [Haydn], as his works are characterized less by the intricacies of science.”

(The reviewer is saying that because Pleyel’s music was easier to play and less complicated – less “scientific” – than Haydn’s, Pleyel was attracting a wider popular base than Haydn.)

“What composer ever created more of a craze than Pleyel? Who enjoyed a more universal reputation or a more absolute domination of the field of instrumental music? Over more than twenty years, there was no amateur or professional musician who did not delight in his genius.”

The citizens of the town (and island) of Nantucket, Massachusetts – which was then a small whaling port – established a “Pleyel Society” in 1822. According to the newspaper article announcing the creation society, it was created “to chasten the tastes of auditors”, meaning “to improve the tastes of listeners.”

Ignaz Pleyel’s enormous popularity was matched by his enormous compositional output; among many other works, he composed 41 symphonies, 70 string quartets, 62 piano trios, 69 duos, 17 concerti, and 10 quintets; he composed operas, masses, overtures, hymns, and a tremendous number of works for piano solo. What makes the size of this output all the more impressive – scary, even – is that Pleyel composed the great bulk of it in just eight years: between 1787-95, between the ages of 30 and 38.

Quite a busy compositional bee, Herr Pleyel. But all for naught if posterity is to be the judge. So why should he be remembered here on Music History Monday beyond being a cautionary tale of what happens when you compose too much facile, easy-to-play music all too quickly?

Because Pleyel was also a businessman: a music publisher and the founder of a piano building company called – not surprisingly – Pleyel et Cie (“Pleyel and Company”). It was as a businessman that Ignaz Pleyel affected the course of Western music.

In 1795, at the age of 38, Pleyel settled permanently in Paris. He opened a music shop and started a music publishing business. In its 39 years of existence, Chez Pleyel (“House of Pleyel”) published over 4000 works, including works by Haydn, Clementi, Beethoven, and Rossini. In 1802, Chez Pleyel revolutionized the music publishing industry by issuing the first miniature scores. Beginning with Haydn’s symphonies and string quartets, Pleyel printed miniature scores of chamber works by Beethoven and others; the last such miniature score was issued in 1830, a year before Pleyel’s death in 1831.

But most importantly was Pleyel’s founding of his piano company Pleyel et Cie in Paris in 1807. Improving on English technology, the company came out with a line of so-called “cottage pianos” or “pianinos”: small, vertically strung upright pianos, the first to be manufactured and sold in France.

In 1815, Ignaz Pleyel’s son Camille joined the firm, setting the stage for the technological breakthrough in the 1820s that would establish forever Pleyel’s place in music history.

According to the piano historian Edwin Goode, the 1820s saw:

“the most astonishing outburst of innovation in the history of the piano.”

Of the many “astonishing innovations” in piano construction, we would single out the two that revolutionized the instrument.

Innovation number one: in 1821, the Paris-based piano builder Sébastian Erard patented his “double-escapement action”. Also-known as the “repetition action,” it allowed a note to be repeated even if its key had not yet risen all the way back up to its full height – that is, back even with the other keys. This allowed rapid playing of repeated notes, a pianistic technique that was exploited to the nines by Franz Liszt, who, for a time, performed exclusively on Erards.

Innovation number two: in 1825, the Boston-based piano builder Alpheus Babcock patented his single-piece cast-iron harp frame, which culminated half-a-decade’s worth of experimentation on both sides of the Atlantic with metal-framed piano harps. Within two years Pleyel et Cie began building metal-harped pianos. In 1827, the following letter from a Paris-based correspondent appeared in Philadelphia’s Franklin Journal:

“Here, in Paris, we have lately got pianos, the frame-work of which is formed of cast iron. These instruments have been brought to such perfection by Monsieur Pleyel and Company that [they] surpass the best English instruments. The solidity of the frame-work is so great that they seldom get out of tune. The tone of these instruments is wonderful, both in power and mellowness.” 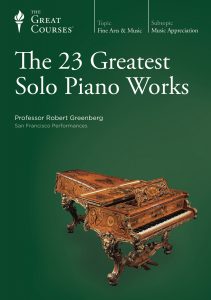 Double-escapement action and the metal harp frame changed the piano and consequently the sort of music written for the piano forever. And by the most wonderful coincidence, the two greatest pianist-composers of the age – Frédéric Chopin and Franz Liszt – arrived in Paris just as these proto-modern pianos were taking shape, there to create the software – that is, write the music – that would define to this day what the metal-harped piano was capable of doing.

The 21 year-old Chopin arrived in Paris in late September of 1831 seeking fame and fortune. He found BOTH, very quickly, which comes as no surprise given his prodigious talent.

Among the friends Chopin made early on was Camille Pleyel, Ignaz Pleyel’s son. Chopin adored Pleyel’s pianos and used them whenever he could. Camille Pleyel was likewise thrilled with his new Polish amigo, and it was under Pleyel’s marquee that Chopin made his Paris public debut, at the Salle Pleyel, on February 26, 1832. It was an auspicious debut; among the many important attendees were Franz Liszt, Felix Mendelssohn, Ferdinand Hiller, and Luigi Cherubini.

Chopin blew them away.

The Polish violinist Antoni Orlowski wrote in a letter home that:

“Our dear Frédéric gave a concert that brought him great reputation. All Paris was stupefied!”

Orlowski was not exaggerating. Franz Liszt, who was already a major player on the Paris musical scene wrote that:

“The most vigorous applause seemed not sufficient to our enthusiasm of this talented musician, who revealed a new phase of poetic sentiment in art.”

The afore quoted François-Joseph Fétis wrote in his review:

“Here is a young man who has found something that has long been sought in vain: namely, an abundance of original ideas that are not to be heard anywhere else.”

What the attendees heard at the Salle Pleyel was a sort of piano playing they had never heard before. Chopin’s student, Karol Mikuli described his piano playing this way:

“The tone he could draw from the instrument, especially in cantabiles [that is, in “singing” passages], was always immense. He gave a noble, manly energy to appropriate passages with overwhelming effect – energy without roughness – just as, on the other hand, he could captivate the listener through the delicacy of his soulful rendering – delicacy without affectation.”

“Manly energy” and “delicacy”. Let us give credit where credit is due. Chopin could not have created the pianistic effects that he did on a six-octave, wooden harped piano. The “manly energy”, nuance, and delicacy that were the hallmarks of his mature pianism and mature compositional style could not have been conceived (yet executed) on any other piano than a 7’ 5” long, metal harped Pleyel.

So happy birthday, Ignaz Pleyel. Your music might not have granted you immortality, but your pianos certainly have!

For lots more information on the evolution of the piano and the piano music of Liszt and Chopin, I would direct your attention to my Great Courses survey, “The 23 Greatest Solo Piano Works”.