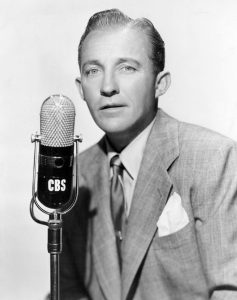 On April 30th, 1977 – 41 years ago today – the English rock band Led Zeppelin set a new attendance record for a single-act, non-festival ticketed concert, when it played to an audience of 77,229 in Pontiac, Michigan at the Pontiac Silverdome, the capacity of which was a bit over 82,000.

That information got me to thinking about the impact of amplification on the performance of music, particularly the amplification of music performed by the human voice.

While the first microphones were developed independently by David Edward Hughes, Emile Berliner, and Thomas Edison in the 1870s, they were not employed in ballrooms and theaters to actually amplify a human voice performing live music until the very early 1930s. Up to that time, the largest possible performance venue for a trained singer was an opera house, and for most pop singers, spaces considerably smaller. Microphones and amplification rendered venue size moot; miked and amplified, anyone could be heard anywhere. 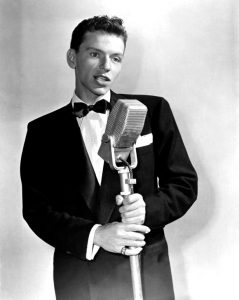 Microphones and amplification also had a tremendous impact on voice type as well. You see, until the advent of amplification, the primary male voice type in popular music was the tenor voice. With its natural intensity and relatively high tessitura (vocal range), a tenor voice (think Al Jolson) was – like a vocal armor-piercing shell – capable of great penetrating power. But amplification made it possible for the softer, rounder baritone voice to gain ascendency in the popular music world; singers like Bing Crosby and Frank Sinatra owed their careers to microphones and amplification.

So back to the mega-concerts made possible by microphones and gigantic banks of amplifiers. The stadium concert by Led Zeppelin 41 years ago today was but a shadow of concerts to come. The record it established for a single-act, non-festival ticketed concert stood for all of four months when, on September 3, 1977, 107,109 people paid to attend a Grateful Dead concert at Raceway Park in Englishtown, New Jersey. That Grateful Dead concert – part of the band’s “Terrapin Station Tour” – now stands as only the 23rd largest such concert.

We cut to the chase. As of today, here are the four best attended, single-act, non-festival ticketed concerts, counting down from number four: 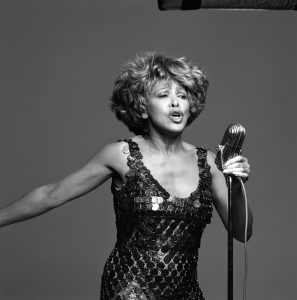 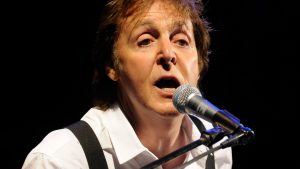 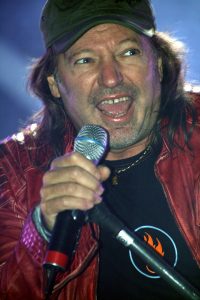 (Vasco Rossi who? Yes, my reaction as well. For our information, he is a 66 year-old pop-rock singer-songwriter from Zocca, Italy with a penchant for naughty lyrics and non-prescription pharmaceuticals; he has recorded 30 albums.)

Because I know you want to know, the largest audience to ever attend a concert was a free concert held at Copacabana Beach in Rio de Janeiro on December 31 (New Year’s Eve) 1993, when, according to the concert promoters (who are admittedly prone to exaggeration) Rod Stewart performed before an estimated 3,500,00 people. (Yes: 3.5 million.)

But even this number pales to insignificance if we contemplate the reach of broadcast media, yet a further outgrowth of the invention of the microphone and amplification.

Okay: two more numbers and then I’ll leave you alone. 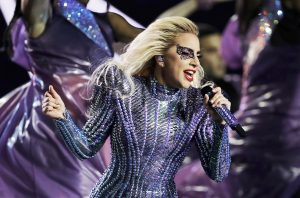 Lady Gaga at the Super Bowl and microphone

The most watched/listened to broadcast concert thus far in history was Lady Gaga’s Super Bowl Halftime Show on February 5, 2017, which was seen by over 150,000,000 (150 million) people worldwide. That’s an amazing number of people. But as we are constantly reminded, records are made to be broken and this record will undoubtedly be broken as well. 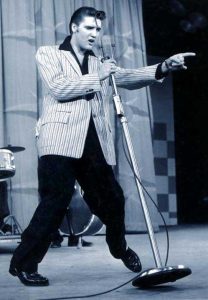 Having said that, we close with a record number that – like Joe DiMaggio’s 56-game hitting streak, Wilt Chamberlain’s 100 point game, and Cy Young’s 511 career pitching victories – will likely never be broken. That number is the 82.6% share garnered by the Ed Sullivan Show on September 9, 1956. That was the show on which Elvis Presley made his first national appearance on television. With a unanimity we will likely never again see, more than 60 million American’s tuned in to watch. Now that might not sound like a lot when compared to the 150 million who watched Lady Gaga in 2017. But there are three points to consider. One, Lady Gaga’s performance was seen by a worldwide audience; Elvis’ by a strictly American audience. Two, the population of the United States in 1956 was 169 million (about one-half of the present population of 326 million), and thus the 60-plus million viewers who tuned in to Ed Sullivan on September 9, 1956 represented nearly 40% of the American population. But the biggest number is the 82.6% share, which means that 82.6% of the people who watched TV in the United States that night were watching Elvis on the Ed Sullivan Show. The question we might rightly ask is who the heck wasn’t watching Elvis on Ed Sullivan, and what were they watching instead?