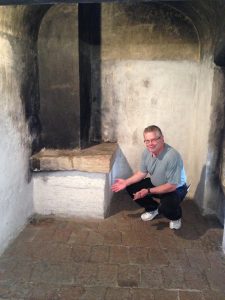 Yours truly crouching in the kitchen alcove where Schubert was born

192 years ago today – on January 29, 1826 – Franz Schubert’s String Quartet No. 14 in D Minor, better known as Death and the Maiden, received its premiere at the home of Karl and Franz Hacker in Vienna.

The quartet comes by its nickname honestly, as its second movement is a theme and variations form movement based on a song entitled Death and the Maiden, a song Schubert had composed in 1817 when he was twenty years old. The song sets a poem by Matthias Claudius, in which Death comes to claim an adolescent girl who is not prepared to go quietly. In the first stanza she sings:

Pass by, alas, pass by!
Go, you savage skeleton!
I am still young, go, oh dear!
And do not touch me.

In the second stanza, Death seeks to calm her and allay her fears:

Give me your hand, you fair and tender creature;
I am a friend and do not come to punish you.
Be of good cheer! I am not savage,
Gently you will sleep in my arms.

The song begins and ends with a slow, solemn, march-like passage played by the piano. At the beginning of the song, it is cast in D minor as a funeral march, one that invokes the impending death of the maiden. But when the passage returns to conclude the song, it is set in D major. The effect is so powerful as to make us gasp: with this seemingly simple switch from minor to major, everything is transfigured, and the girl’s fear of death and darkness is transformed to acceptance as she steps into the light.

All of that in one miraculous page of music! No one can break our hearts more completely and in less time than Franz Schubert.

It is the opening and closing march-like music that Schubert repurposed in the second movement of his string quartet in D Minor of 1824. Rarely will we find a more explicitly autobiographical movement of music anywhere in the repertoire, and therein lies our story.

Franz Schubert was born in Vienna at 1:30 p.m. on January 31, 1797. The Schubert family lived in a one-room apartment on the first floor of a building that was then called “The Red Crayfish” which is now Nussdorferstrasse 54. The apartment consisted of a small kitchen with an open fireplace connected to a larger room. As we would expect for a January birth, Schubert was born in the warmest place of the house: in the kitchen, in a small alcove next to the fireplace.

Schubert’s prodigious musical talents revealed themselves early, though there was no attempt to exploit them by his family. In fact, the opposite was true: Schubert’s father Florian – a schoolteacher by trade – was unimpressed by it, and he insisted that his son be trained as a teacher and upon graduation, teach first grade.

Schubert hated teaching and tried to compose in the classroom when he should have been teaching his six year-old students. He later admitted:

“It is true that they irritated me whenever I tried to compose, and I lost an idea. Naturally I would beat them up.”

No doubt about it: Schubert was the first-grade teacher from hell. 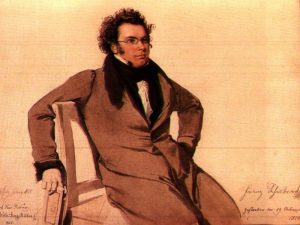 The 27 year-old Schubert in 1825, one year after composing the String Quartet No. 14, Death and the Maiden.

By 1818 – at the age of 21 – he had had his fill of both teaching and living in his father’s home. He quit his teaching job and moved out. And while he had little money and few professional prospects, he did have a large (and growing) circle of friends and supporters to go with his prodigious talent. It was thanks to the love and support of these friends that Schubert – otherwise unrecognized and constantly battling ill-health and poverty – was able to dedicate himself to virtually ceaseless composition.

Among Schubert’s most intimate friends was one Franz von Schober, who had been an avid supporter of Schubert’s since 1814, when they were both 17. Where Schubert was short, plump, poor, and socially introverted, von Schober was tall, good-looking, had family money in his pocket and was a bit of a wild man. His vices of choice – along with Schubert’s music – were poetry, alcohol, and prostitutes, in no particular order, and it was von Schober who was blamed by Schubert’s friends for leading Franz down the path to perdition. Of course, Schubert wanted to be led down that path, and it was on one of their nocturnal pleasure jaunts in the early fall of 1822 that the 24 year-old Schubert acquired the syphilis that would kill him 6 years later, in 1828.

We do not know whether the particular liaison that dosed Schubert was a homosexual or heterosexual one, as the present evidence indicates that Schubert was a promiscuous bisexual, with homosexuality being his dominant sexual orientation.

However he got it, the first symptoms of the disease appeared in January of 1823. Periods of remission were followed by periods of painful lymphatic swelling, pustules, rashes, hair loss, lesions in the mouth and throat, debilitating muscle aches, and so forth. Depression and despair accompanied the onset as well as the periods of relapse. On March 31, 1824, a despondent Schubert wrote his friend Leopold Kupelweiser:

“I feel myself to be the most unhappy and wretched creature in the world. Imagine a man whose health will never be right again, and who in sheer despair over this ever makes things worse and worse, instead of better; imagine a man, I say, whose most brilliant hopes have perished, to whom the felicity of love and friendship have nothing to offer but pain, at best, whose enthusiasm for all things beautiful [is gone], and I ask you, is he not a miserable, unhappy being? ‘My peace is gone, my heart is sore, I shall find it never and nevermore’, I may well sing every day now, for each night, on retiring to bed, I hope I may not wake again, and each morning but recalls yesterday’s grief.”

That despairing letter was written at exactly the time he was composing his String Quartet in D Minor, also-known-as Death and the Maiden because – as we have observed – Schubert plugged material drawn from a song entitled Death and the Maiden into the second movement of the string quartet.

Schubert did this in order to invoke, wordlessly, the expressive message of the original vocal piece. Composed just a bit over one year after his diagnosis of syphilis, Schubert’s string quartet is about the emotional roller coaster triggered by his diagnosis, which he was kind enough to reveal to us by basing the second movement of the quartet on his song Death and the Maiden.

Explore more about Schubert in lectures on the following courses 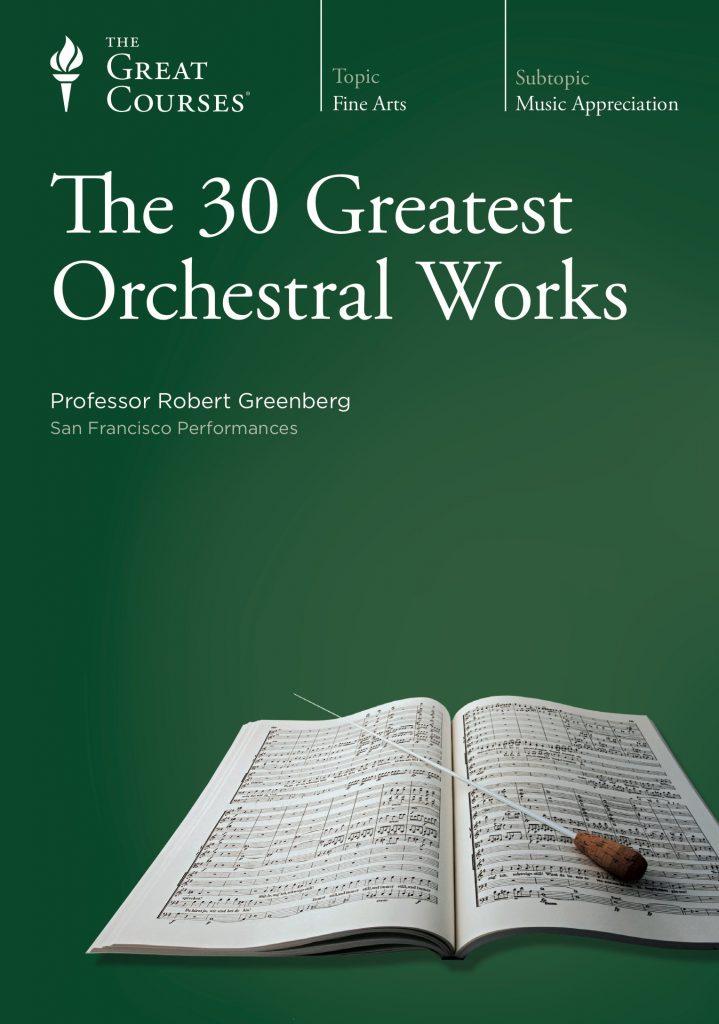 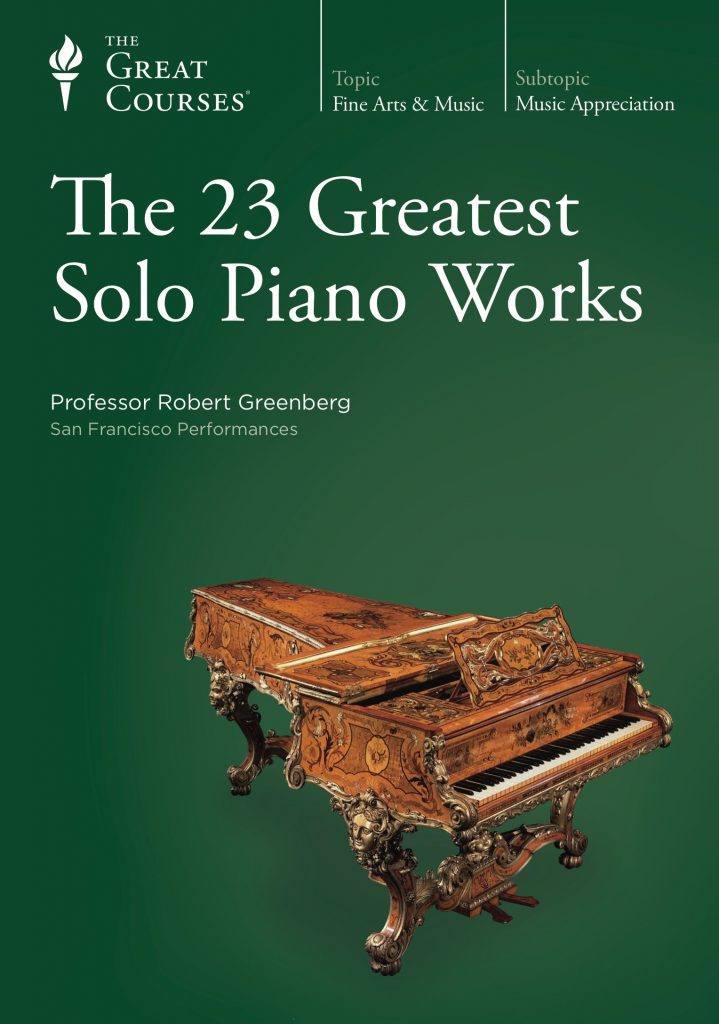 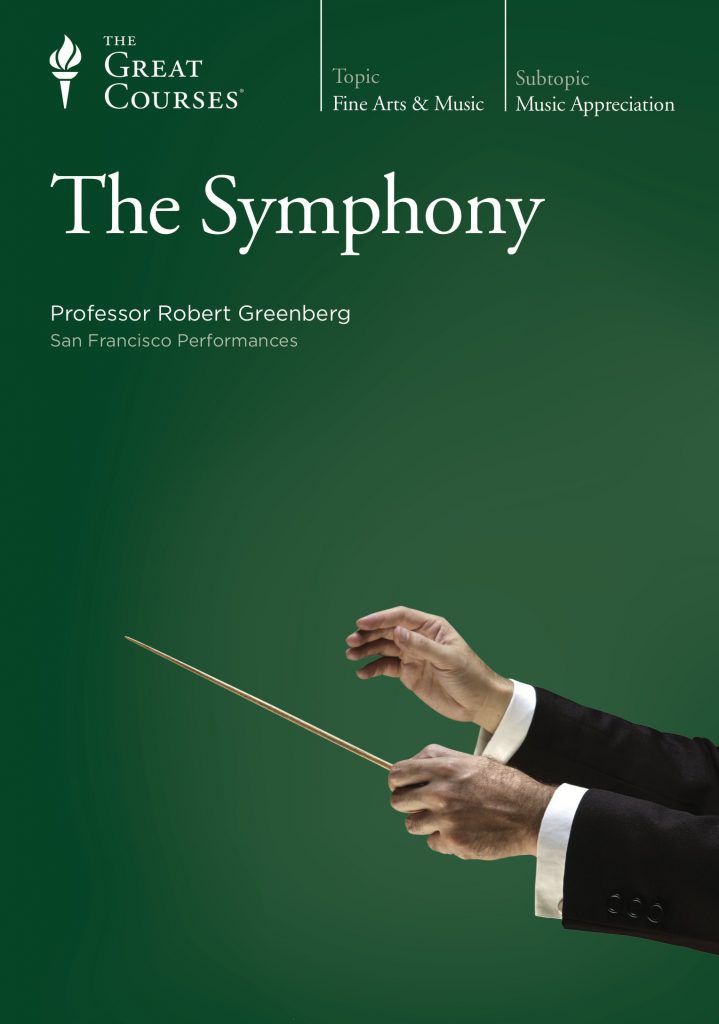