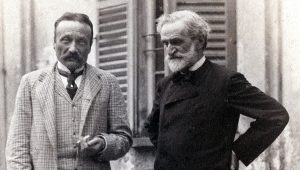 On this day 131 years ago – February 5, 1887 – Giuseppe Verdi’s 25th and penultimate opera, Otello, received its premiere at the Teatro alla Scala (“La Scala”) in Milan. The premiere was the single greatest triumph in Verdi’s sensational career. But it was a premiere – and an opera – that almost didn’t happen.

Verdi was born in 1813. He was a tough, no-nonsense man who had a tough life: he lost his wife and two young children to disease during a terrible 20-month span in 1839 and 1840. He battled through his grief to compose an opera called A King for a Day that was booed of the stage. He battled through his rage over that fiasco to compose his third opera, entitled Nabucco, which was a smash hit. He never looked back.

No one ever worked harder than Giuseppe Verdi. In the 14 years between 1839 and 1853, he composed nineteen operas. Verdi called these his “galley slave years” because he worked like one: 16 to 18 hours a day, always under deadline, endlessly harried by librettists, producers, singers, critics and conductors.

“Thanks for remembering your poor friend, condemned to continually scribbling notes. God save the ears of every good Christian from having to listen to them! How am I, physically and spiritually? Physically I am well, but my mind is black, always black, and will be so until I have finished with this career that I hate.”

As it turned out, retirement had to wait until 1871 when, after the glorious premiere of Aida, the 58 year-old Verdi announced that he was done! With a sigh of relief he put up his dogs and settled in on his estate called “Sant’ Agata,” just outside his hometown of Busseto in north-central Italy.

As it turned out, the only person happy about Verdi’s retirement was Verdi himself. Verdi’s second wife, Giuseppina Strepponi (isn’t that cute? Giuseppe and Giuseppina?) was not at all pleased having her cantankerous husband underfoot all day. Giuseppina also understood that her husband’s retirement denied the world the further fruits of his genius. And Giuseppina was alone in this: so believed Verdi’s publisher, his friends and colleagues, the general population of the state of Italy, and opera lovers across the globe.

In 1879 a plot was hatched that intended nothing less than to get Verdi back to composing opera.

In June of 1879, Giuseppina threw a dinner party for Verdi’s publisher Giulio Ricordi and some others. During the course of conversation, the subject of Gioachino Rossini’s opera Otello – based on Shakespeare’s play and composed in 1816 – was broached by someone. Its libretto, by Francesco Berio di Salsa, was trashed by the assembled guests.

And then, during this presumably “spontaneous” conversation, Verdi’s publisher Giulio Ricordi – whose own livelihood was bound up with Verdi’s music – mentioned to Verdi that the writer, librettist, and composer Arrigo Boito was working on his own libretto of Shakespeare’s Otello, and would Verdi, as a matter of courtesy, mind taking a look at it?

Giuseppe Verdi was nobody’s fool; he suspected he was being set up. And indeed he was. Many years later, Ricordi recalled:

“At the mention of Shakespeare’s Othello I saw Verdi fix his eyes on me with suspicion, but with interest, too. He had certainly understood. He had reacted. I believed the time was ripe.”

Verdi played along: he met with Arrigo Boito, read his draft libretto and told him that one day it would come in handy with some composer or other. A classic blow off, or so it seemed.

But Boito would not be denied. He rewrote the libretto, which he sent to Verdi in late 1879. And then?

Years passed. Verdi would revisit Boito’s libretto and then write Boito and suggest ever more changes. Boito would immediately comply with Verdi’s suggestions and then return the updated libretto to Verdi. Without a doubt, it was Boito’s patience, persistence, and flexibility that kept Otello alive in Verdi’s mind.

And then: in March of 1884 Boito visited Verdi, after which he wrote to Giulio Ricordi:

“I have good news for you, but for charity’s sake don’t tell anyone, don’t tell even your family, don’t tell even yourself: I fear I have already committed an indiscretion! The Maestro is writing, indeed, he has already written a good part of the opening of the first act and seems to be working with fervor.”

On November 1, 1886 – over seven years after that famous dinner-party – Verdi wrote to Boito:

“The great dream has become a reality.” 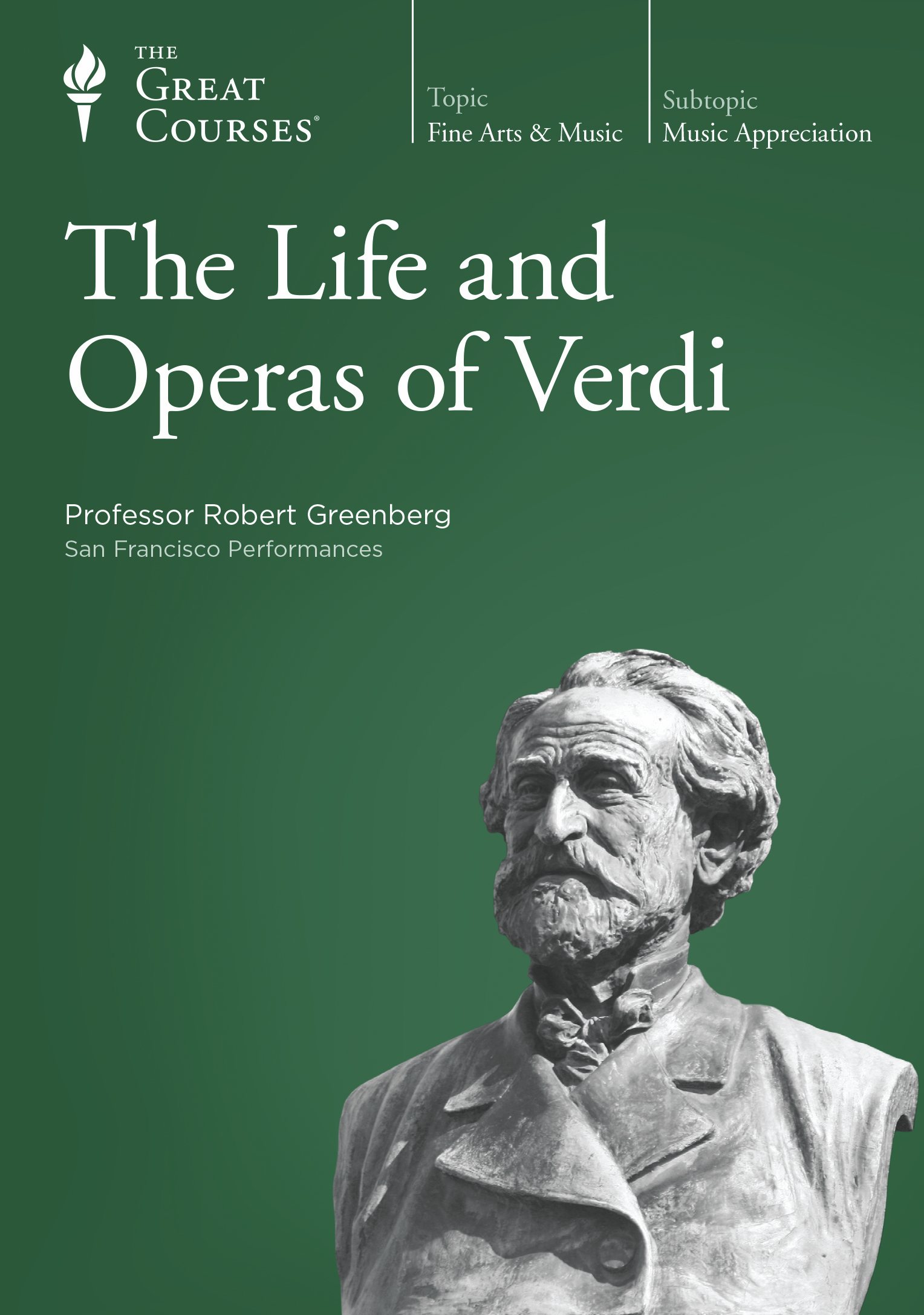 The premiere of Otello on February 5, 1887 at Milan’s Teatro La Scala remains one of the greatest events in the history of opera.

As curtain time approached, Boito and Giuseppina took their seats next to each other in their box. Verdi, typical to form, remained backstage, where he could pace and twitch to his heart’s content. The ovations began during the first act; the chorus Fuoco di gioia had to be encored. After the first act the audience demanded that Verdi take the first of his many curtain calls. An eyewitness named Gino Monaldi recalled that when Verdi came out on stage:

“An immense shout makes the theater rock. Verdi bends his head slightly and smiles, the frantic enthusiasm of the huge gathering bringing tears to his eyes.”

The applause and cries of “Bravo” and “Viva Verdi” grew and grew as the opera progressed. In the fourth act, Desdemona’s “Willow Song” had to be encored, and when the curtain came down, after a moment of brief silence, pandemonium let loose. Dozens of curtain calls ensued, and Verdi asked Boito to come down from his box and onto the stage, where he took his hand and drew him out before the audience. Boito later said that it was a gesture he would never forget. Verdi biography Mary Jane Phillips-Matz describes what happened when he tried to leave the theater:

“When Verdi, Giuseppina, and Boito left the theater, the mob at the stage door nearly tore Verdi’s clothes off. His carriage had moved only a few feet when the crown began to shout, ‘Take away the horses!’, and unharnessed the team. More than a dozen men tried to lift the carriage onto their shoulders; finally, it was drawn to the Grand Hotel de Milan by man-power. Verdi, Boito said, was pale with emotion. At the entrance to the hotel, the three tried to get out [of the carriage] but could not. Verdi then [managed to] leave the carriage alone, entrusting Giuseppina to Boito. As he fought to reach the door [of the hotel], the crowd, which Boito described as ‘insane’, surrounded him. [Eventually], Verdi, his librettist, and his singers came out on to the balcony facing the Via Manzoni, where they were greeted with waves of applause and shouting. Music was played under his windows until five o’clock in the morning.”

Otello was instantly embraced as one of the handful of “best operas ever” and the world rejoiced: after 16 years, a conspiracy of friends had brought Giuseppe Verdi back!

Postscript. The assistant principal cellist at the premiere was the 19 year-old Arturo Toscanini. A few weeks after the premiere, he returned to his home in Parma. He was still so excited about Otello that, on arriving in the middle of the night, he woke up his mother and told her: “Get down on your knees Mamma, and say Viva Verdi!” As the story goes, she did exactly that.

Learn More in The Life and Operas of Verdi