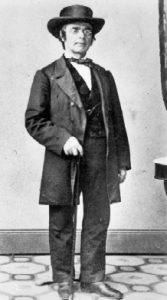 On March 5, 1853 – 165 years ago today – Steinway & Sons was founded in New York City by a German immigrant named Henry Steinway. Born Heinrich Engelhard Steinweg, Henry Steinway’s life and accomplishments are a textbook example of the great American success story: of an immigrant and his family who by dint of the hardest work, ambition, sacrifice, artistry, and no small bit of genius created something of true and lasting import.

Just as the 27-inch retinal display iMac on which I am writing this post saw its ancestor born in a garage in Cupertino, California, so the magnificent concert grand Steinway D (serial number 587837) that sits in my studio/office roughly five feet away from the computer saw its earliest ancestor built in a kitchen in Seesen, Germany in 1836. For the computer I must thank the Steves Jobs and Wozniak. For the piano, Henry Steinway and his sons.

He was the youngest of 12 children, born on February 15, 1797 in the village of Wolfshagen, in the Harz Mountains of central Germany. The timing and location of Heinrich’s birth were, well, unfortunate. The Napoleonic wars were ramping up and central Germany was in the cross-hairs. In quick succession the French invaded; they were pushed out by the Prussians, who were then routed by the French in 1806. Heinrich’s father and a number of his older brothers fought against the French; several of his brothers were killed in battle.

The French occupied Wolfshagen and commandeered the Steinweg family home, forcing Heinrich, his mother and his surviving siblings to flee into the mountains, where they spent a bitter cold winter living in crude shelters. It was a terrible winter; Heinrich’s mother and all but one of his sisters died of hunger and exposure.

With the coming of spring Heinrich and his sister returned to Wolfshagen, only to find that the departing French had torched their home. Rather expert now at building shelters, they constructed one of wood and stone and decided to wait and see if their father and any of their brothers returned. Little Henry was just 10 years old.

Alas, Heinrich’s sister didn’t wait for very long; she ran off with a soldier (French? Prussian?) and was never heard from again. But, bless him, Heinrich’s wait was rewarded: his father and three (some sources say two) of brothers did indeed return. Heinrich’s father resumed his work as a forester, and Heinrich and his surviving brothers worked with him, planting trees and repairing roads.

I wish I could tell you that fate was done with Heinrich Steinway but, alas, I cannot. In the summer of 1812, Heinrich, his father and three brothers were at work out-of-doors when a violent summer storm forced them to take shelter in a storage hut. Tragically, incredibly, the hut was struck by lightning and collapsed, killing everyone but Heinrich, who had to crawl out over the bodies of his father and brothers. He was 15 years old.

Penniless and orphaned, Heinrich survived on his wits for the next two years. He joined the army in 1814 at the age of 17 and was thus involved in the final push against Napoleon. As part of Blücher’s Brigade he participated as a bugler in the Battle of Waterloo where he:

“Encouraged his regiment to charge the enemy with bugle calls, never missing a note. He was awarded a bronze medal for ‘Bugling in the Face of the Enemy.’”

It was during the following years that Heinrich, still in the army, learned the crafts of woodworking and cabinet making. In his spare time he combined his love for music and woodworking by building a mandolin and a dulcimer. When he was discharged from the army in 1819 – at the age of 22 – he continued to put his musical and woodworking skills together by repairing organs. But much more importantly, he became increasingly intrigued with an instrument called the fortepiano, for which there was a rapidly expanding market among the German middle class in the years after the Napoleonic wars.

In February of 1825, the now 28 year-old Heinrich married Julianne Thiemer in the town of Seesen, in Lower Saxony. His wedding gift to his blushing bride was a square shaped, double strung fortepiano: his first piano! Obviously, it would not be his last.

Heinrich and Julianne kept their marriage bed busy. They had 10 children, of whom six sons and three daughters survived (a pretty spectacular survival rate given that infant mortality at the time hovered between 40% and 50%). Once they were old enough, the sons were put to work in Heinrich’s shop building pianos, and each of them learned how to build a piano – by hand – from the ground up. Heinrich was a tough taskmaster, a perfectionist who demanded excellence, meticulous workmanship, and innovation from his sons. They responded in kind, and in 1836 the Steinweg family built their first grand piano in the kitchen of their house in Seesen. (For our information, that piano resides at the Metropolitan Museum of Art in New York City; drop by and say hallo.)

Innovations and gold medals followed. By 1840 the family was turning out around 10 instruments year. But politically and economically all was not well in central Europe in the 1840s, problems that found their denouement in the revolutions of 1848 and 1849.

It pretty much goes without saying that it’s difficult to sell luxury items like pianos during a period of economic and political collapse. As early as 1845 the Steinwegs were considering relocating to New York; by 1850 it had become imperative that they do so. Leaving his eldest son C.F. Theodore behind to run what was left of the family business in Germany, the 53 year-old Heinrich Steinweg and his clan sailed from Hamburg on the S. S. Helene Sloman and arrived in New York City on June 29, 1850. They moved into a tenement in New York City’s lower east side, at 199 Hester Street. It was essential that the family put together enough working capital to open their own manufacturing facility, so the men of the family found work in various cabinet shops and instrument manufacturers across the city. (Heinrich, for example, built soundboards for a company called “Laucht”, for which he was paid $6.00 a week.)

For the Steinweg’s – as for most all immigrants – the work was hard and their living conditions unpleasant; they had to learn a new language and in fact, an entirely new way of life. But they were determined to stay, and stay they did. They Anglicized their names in 1851 and thus the 54 year-old Heinrich Steinweg became Henry Steinway. (According to Richard Lieberman in his book Steinway and Sons of 1995, the family didn’t change their names until 1864. However, according to Ronald Ratcliffe, writing in his book Steinway, updated in 2002 and written using information provided directly from Steinway & Sons, that date was 1851.)

By 1853 the Steinways had enough hard cash in hand to found their own piano company – Steinway & Sons – which they did on March 5, 1853: 165 years ago today. The company’s first New York workshop was in a loft at the back of 85 Varick Street in Lower Manhattan (in a building that, sadly, no longer exists). The first piano made there was given the number 483, as the family had previously built 482 pianos in Germany.

Now obviously, this is just the beginning of the story, not the end; Steinway & Sons would soon become (as it remains) one of the greatest brands on the planet. For those interested in the continuation of the Steinway story, I would refer you to my Music History Monday post of October 31, 2016. 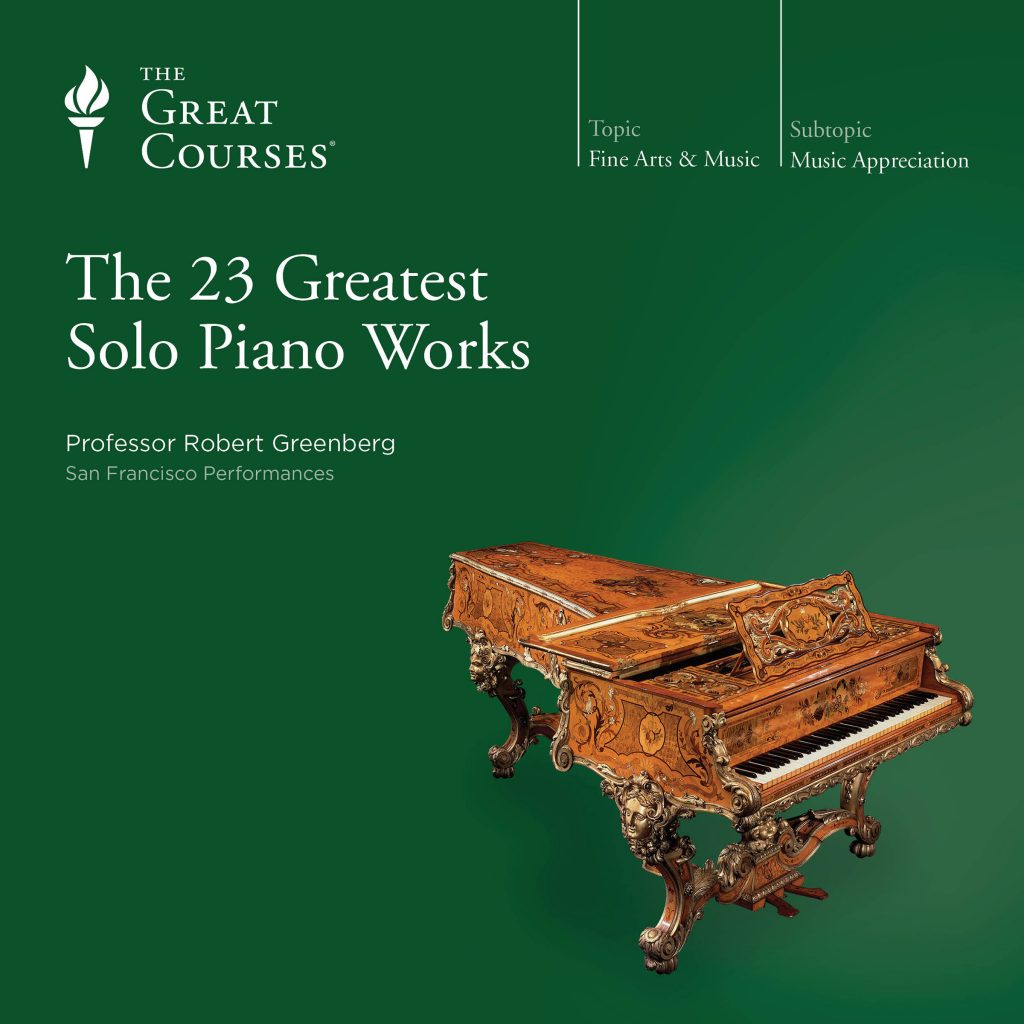 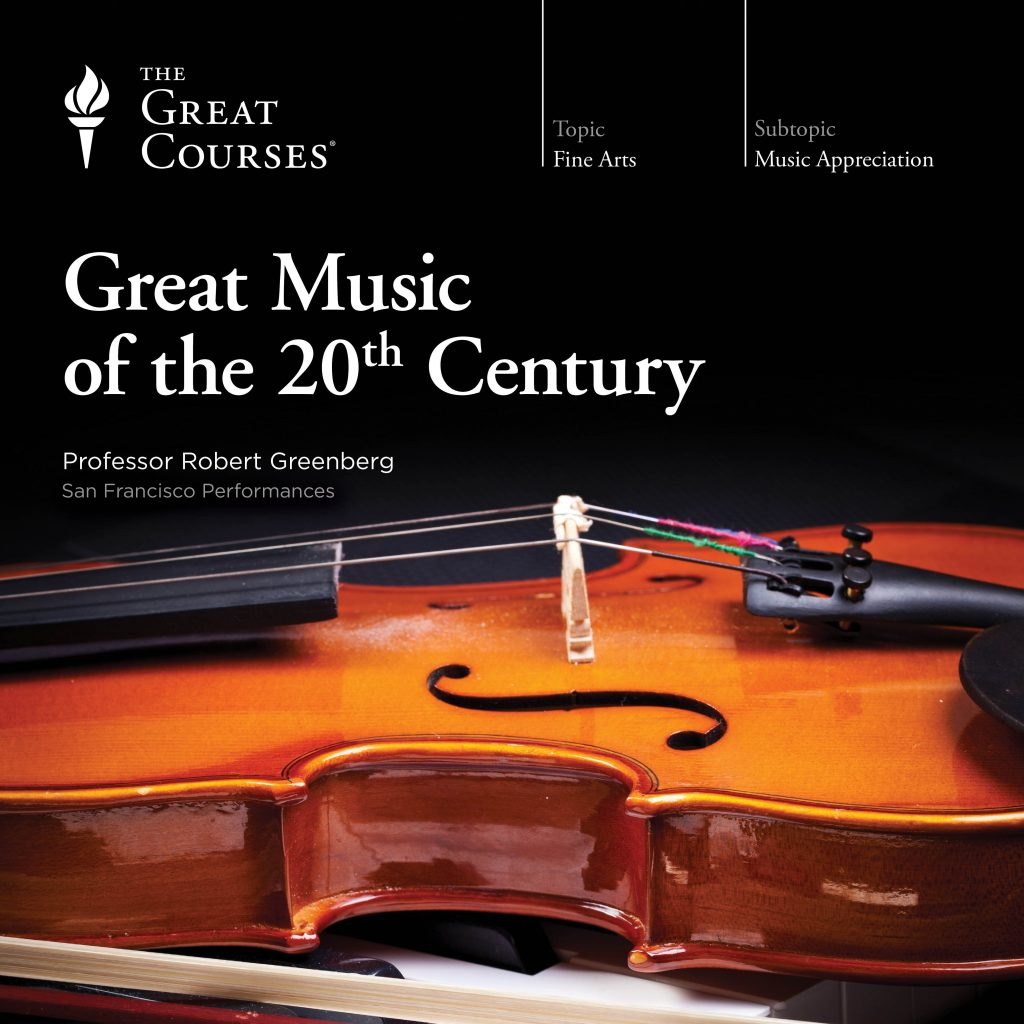