The Making of a Course – Part Ten 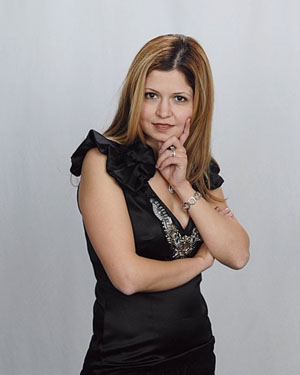 Tuesday, May 28th I return to The Great Courses/Teaching Company studios in Virginia to complete work on my latest course: “The 23 Greatest Solo Piano Works.” We recorded the actual lectures back in January and early February, a process well-documented on this site (scroll down for the blogs I wrote during the recording process and for various studio pix).

This next week will be dedicated to recording the actual musical examples that will be heard (and seen) during the course. In the past, such musical examples were excerpted from recordings. This time around, we’re doing something entirely different. We have hired three wonderful, young concert pianists who will together custom-record our musical examples. Among the many advantages of doing things this way is that I will have some say over the interpretive content of the performances. We will also be video recording the pianists, so those who purchase the video version of the course will have the added advantage of seeing as well as hearing the excerpts performed. (And who doesn’t like to watch a great pianist in action? To my mind there’s nothing in the musical world quite as awesome as watching a great pianist perform: her hand speed and accuracy often defy belief. And all of it in the service of a musical experience that far transcends the athleticism required creating it. Wow.)

I will be blogging daily (at least that is my intention) while the session is underway. I would take this opportunity, then, to introduce to you our three pianists, listed in the order in which they will record. All three of our pianists are performing professionals. All three were child prodigies and all three can boast of having won the sorts of prizes and competitions that are a necessary step in establishing a professional career.

Dr. Magdalina Melkonyan was born in Yerevan – the capital city of the Republic of Armenia – in 1980. She began her piano lessons at the age of six. At the age of seven she began attending specialized music schools and at ten she performed Edvard Grieg’s finger-busting Piano Concerto with the Armenian Philharmonic Orchestra.

In 2001, Dr. Melkonyan and her family moved to the United States. She attended Catholic University for a year before moving on the University of Maryland, where she studied with Larissa Dedova. She received a Master of Music in piano performance in 2006 and a DMA, or “Doctor of Musical Arts” in 2010.

Dr. Woo Bin Park was born in Seoul, Korea where she studied at the Yewon School and the Seoul Arts High School. She completed her Bachelor of Music degree at Ewha Women’s University before coming to the United States,m where she received her Masters of Music at Indiana University and a D.M.A. in Piano Performance at the University of Minnesota in 2009, where she studied with Lydia Artymiw.

Dr. Park can be seen (and heard!) on her web site.

Eun Joo Chung began her piano studies at the tender age of four in her native South Korea. She went on to study at the Eastman School of Music, the Hochschule für Musik und Darstellende Kunst in Vienna, the Moscow Conservatory, and at the Peabody Institute with the pianist and conductor Leon Fleisher.

Ms Chung can be seen and heard on her web site.

I count myself as being singularly lucky to be able to spend a week in the company of these marvelous pianists.