Recording the Pianists at The Great Courses – Part One

Posted by Robert Greenberg on Thursday, May 30th, 2013 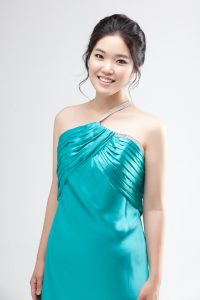 As anticipated in my previous post, I have travelled to Chantilly, Virginia – HQ of The Great Courses/The Teaching Company – to oversee the recording of the musical examples for my latest course, “The 23 Greatest Solo Piano Works.” The three professional concert pianists tasked with recording the excerpts are Magdalina Melkonyan, Woo Bin Park, and Eun Joo Chung.

We began recording today and will continue for a total of five days. Each day – thanks to the cleverness of my producer, Jaimee Aigret – is divided into two parts: 8:30 AM to 1 PM, and 1 PM to 5:30 PM. Each “part” is assigned to a different pianist. Thus, we will record two pianists per day. They are recording on a Steinway “B”. (Sadly, the elevators here at The Great Courses could not accommodate a Steinway “D”, meaning a full concert grand. Having said that, our “B” is a molto fine instrument, which was last played – so we are told – by Harry Connick Jr. in a concert in Baltimore roughly three weeks ago.)

This is what we are asking our pianists to do. Walk into a chilly (those with thinner blood might say FREEZING) studio and warm up on the piano for roughly five minutes . Then begin playing excerpts, 15-20 per lecture. The studio set features three cameras, one of which is a movable jib that looms/roams around the pianists like a gigantic moving eyeball. The pianists must maintain their concentration despite the soul-sucking presence of the cameras.

My instructions for an excerpt might read something like: “begin at measure 218, beat 3 – stop at measure 257, first eighth-note only.” Having to perform such brief excerpts precludes the pianists from ever establishing any sort of long-range rhythmic momentum. Instead, they must play each excerpt as a self-standing entity, something that goes against the grain of the music. Nevertheless, that’s the gig, and its difficulty should not be underestimated.

We record each excerpt until we get it right: sometimes once, typically twice, though not infrequently five or even six takes are required. Through it all the pianists must remain calm and collected; flexible yet intense. It is no easy task, especially given the virtuosity of the works involved and the mind-and-finger numbing length of the four-plus hour sets.

Our pianists today were Magdalina Melkonyan and Woo Bin Park. I take my hat, shirt, and under-garments off to them both: they were splendid. A special shout out to Woo Bin Park for her killer Liszt B Minor Sonata, which was nothing short of brilliant. Tomorrow, Magdalina Melkonyan returns to be followed by Eun Joo Chung. Stay tuned!