Proud as I am to be a 36-year resident of Northern California, and proud as I am that all four of my children were born there, I myself grew in the ironically named “Garden State” of New Jersey. This bears mentioning (for the second time in two posts, no less) because one cannot urinate in north, central or south Jersey without hitting a historical marker that says “George Washington Slept Here”.

On June 14, 1775, George Washington was appointed General and commander-in-chief of the Continental Army by the Second Continental Congress. It was the wisest of appointments, because only Washington’s extraordinary leadership and generalship managed to preserve the army during the first 30 months of the War.
In July of 1776 the English General William Howe landed some 25,000 troops in Staten Island, New York. Outnumbered and outgunned, Washington and the Continentals executed what accounted to a fighting withdrawal from Long Island to Brooklyn to Manhattan and then across the Hudson River to Fort Lee New Jersey (where my father lives today, about a half-a-mile from the Revolution-era fort overlooking the Hudson River). From Fort Lee, Washington and his army traipsed southwest across New Jersey, withdrawing across the Delaware River into Pennsylvania in early December.

“Washington Slept Here”. There are so many such markers in the area where I grew up that you’d thing George W. was a narcoleptic who couldn’t ride for ten minutes without dozing off.

Just so, here in Vienna, it would seem that between them Mozart and Beethoven had – at one time or another – lived and slept on every freaking street of the city. It is almost impossible (and I exaggerate only slightly) to walk 100 yards without seeing a historical marker indicating that either Mozart or Beethoven did such-and-such in this spot.

If seeing these plaques does not induce goose bumps, you have no bumps to goose.

Of all Beethoven’s surviving residences, the most famous is the Pasqualati House: an apartment house named for a former owner of the house, a patron of Beethoven’s named Johann Baptiste von Pasqualati. Beethoven lived in a fourth-floor apartment there for a total of eight years, from 1804 to 1808, and again again from 1810 to 1814. In that time – as the plaque below attests – he composed, among other works, his Symphonies Nos. 4, 5, 7, and 8; the opera Fidelio; the Piano Concerto No. 4; the Violin Concerto; the String Quartets Op. 59 and 95; and various other works, including the piano work Für Elise.

Excuse me, but if that list of works does not make us weep with gratitude, we have no lacrimal glands.

The house is located in the Viennese district Innere Stadt at the corner Mölker Bastion 8. It is built atop a ramp on what was formerly the Viennese city wall (see the picture below, featuring my lovely wife Nanci).

Beethoven’s actual apartment is rented by some incredibly lucky person, so instead, the apartment across the hall has been turned into a mini-Beethoven Museum. Thus, while we can get an idea of how Beethoven lived, we cannot see the actual space in which he lived. Nevertheless, we can walk through the same passageway as he did (as seen below) ans walk up the same stairs and hold on to the same hand-rail as he did.

Be still our hearts; if all of that doesn’t make our hearts beat just a little too fast, we would have no hearts. 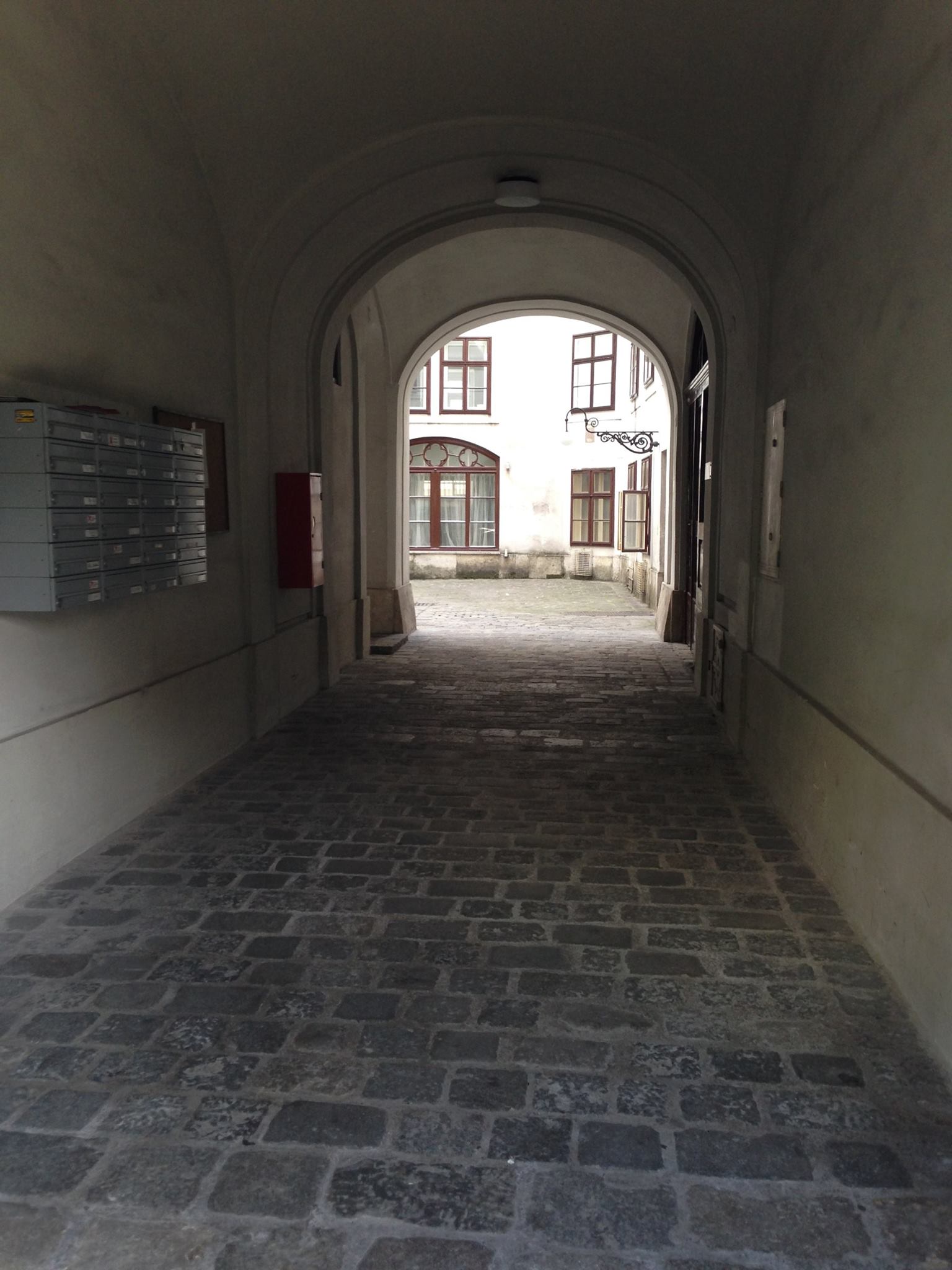 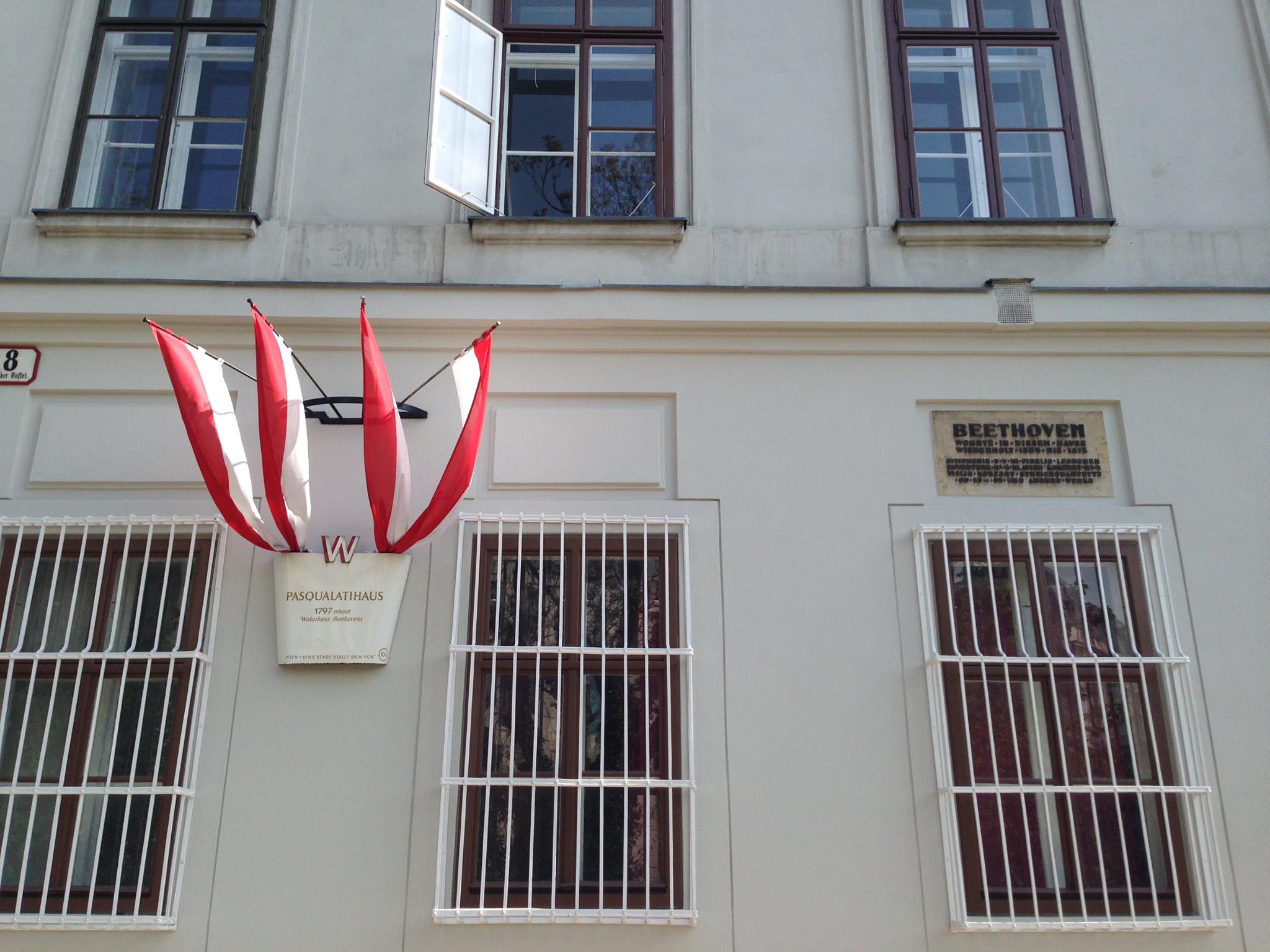 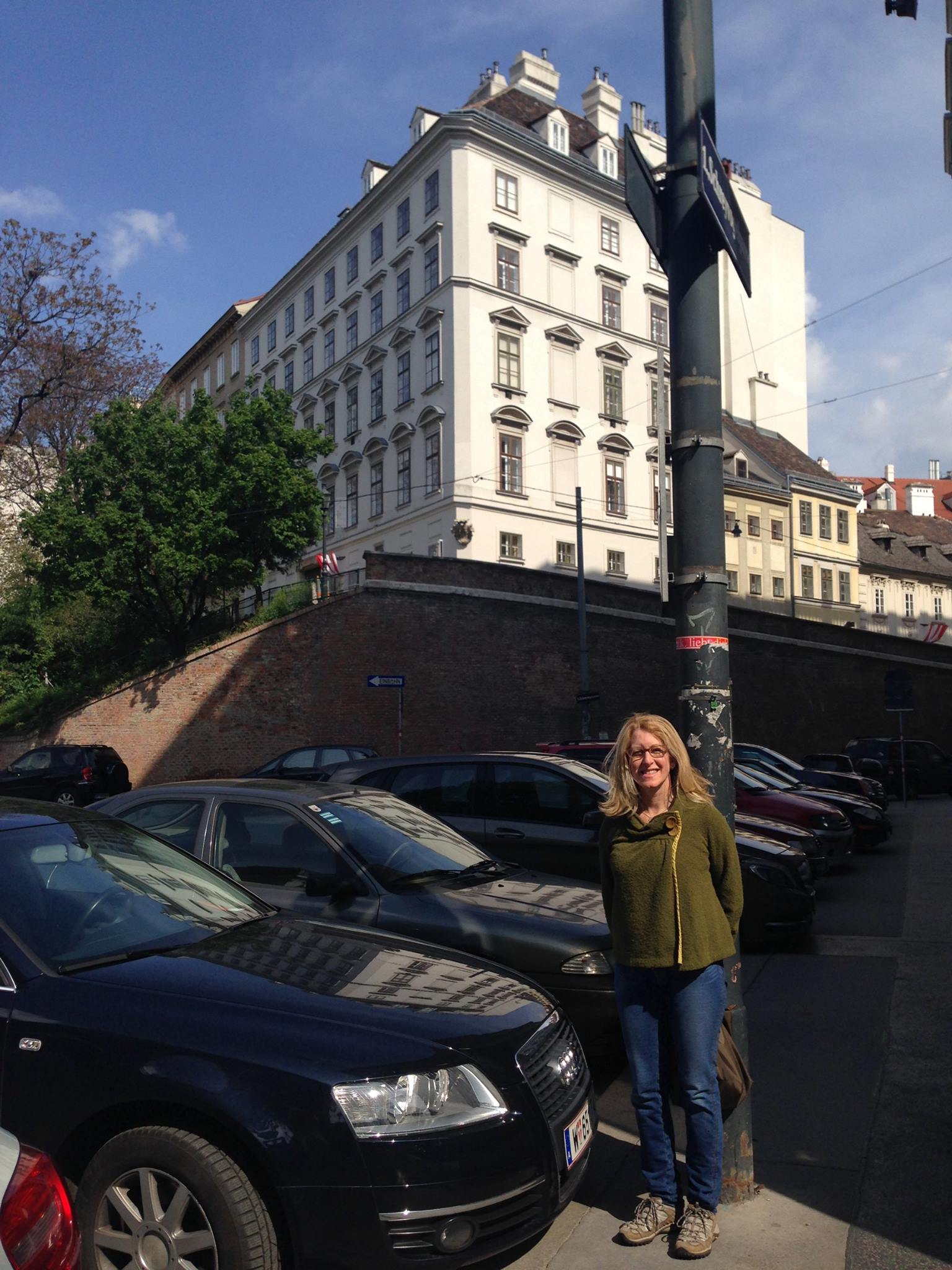