Along with mass consumption of Viennese coffee, strudel, and schnitzel, our pilgrimages have begun. Today we visited he house in which Franz Schubert was born on January 31, 1797 at Nußdorfer Straße 54. To call the house “modest” is a bit of an understatement; at the time of Schubert’s birth its 16 apartments housed some 70 people, making the tract house in which I grew up in South Jersey seem like a palace by comparison. The Schubert apartment – on the upper right-hand side of the second floor (see photo below) – consisted of two rooms: a small kitchen and a single living room, in which the Schubert family managed to live, sleep, make music, reproduce, etc. The family moved to larger digs when Franz was a few years old.

Schubert was born in the kitchen, next to the fireplace/stove. For a January birth it was the warmest spot in the apartment and thus the location. One of the photos below shows me crouching at pretty much the exact spot Schubert was born. Also pictured below (and on display in the apartment): a pair of Schubert’s glasses (looking, to my untrained eye, very much like bifocals). He was severely near-sighted and we read that he never took off his glasses, not even to sleep. 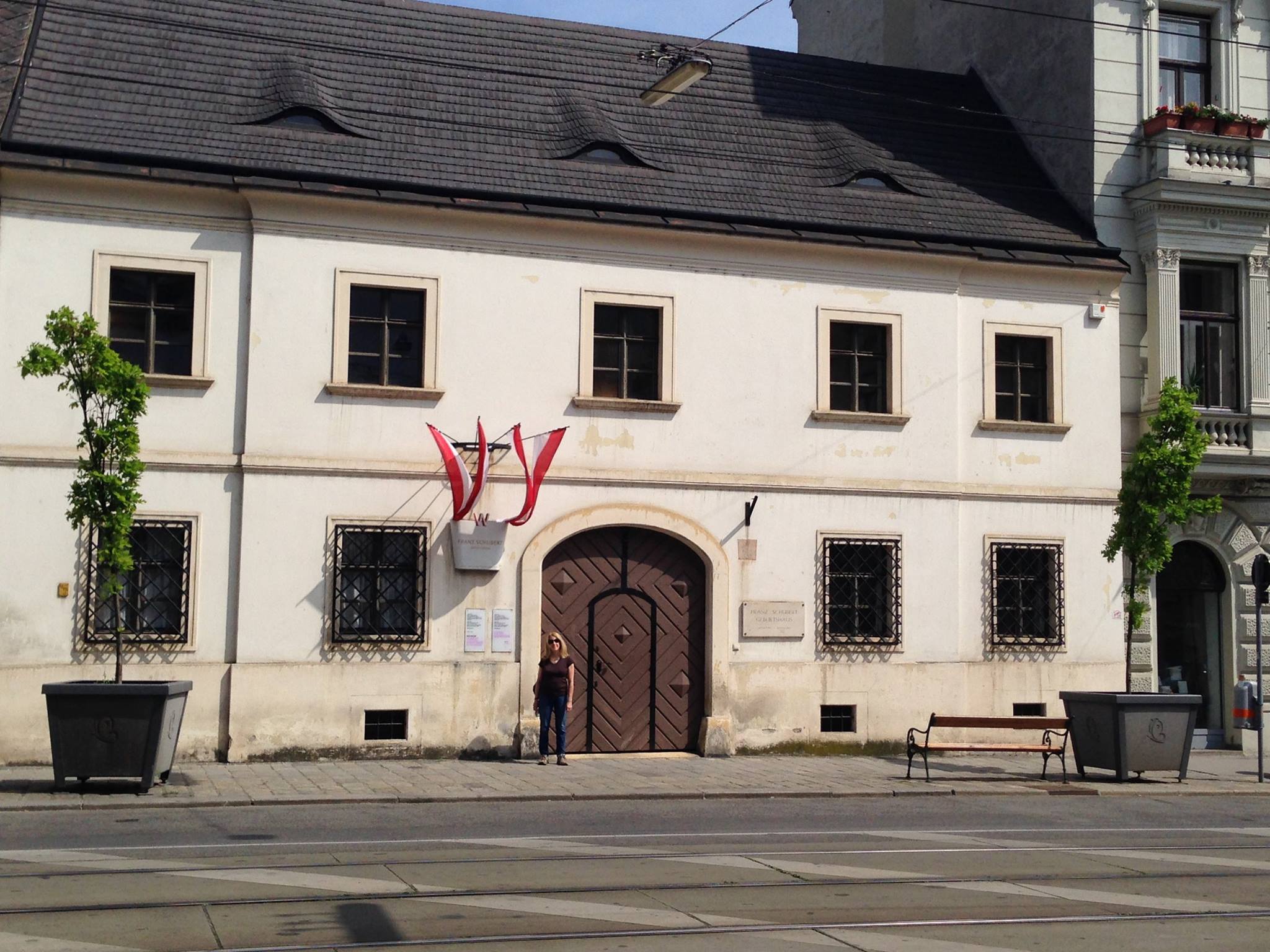 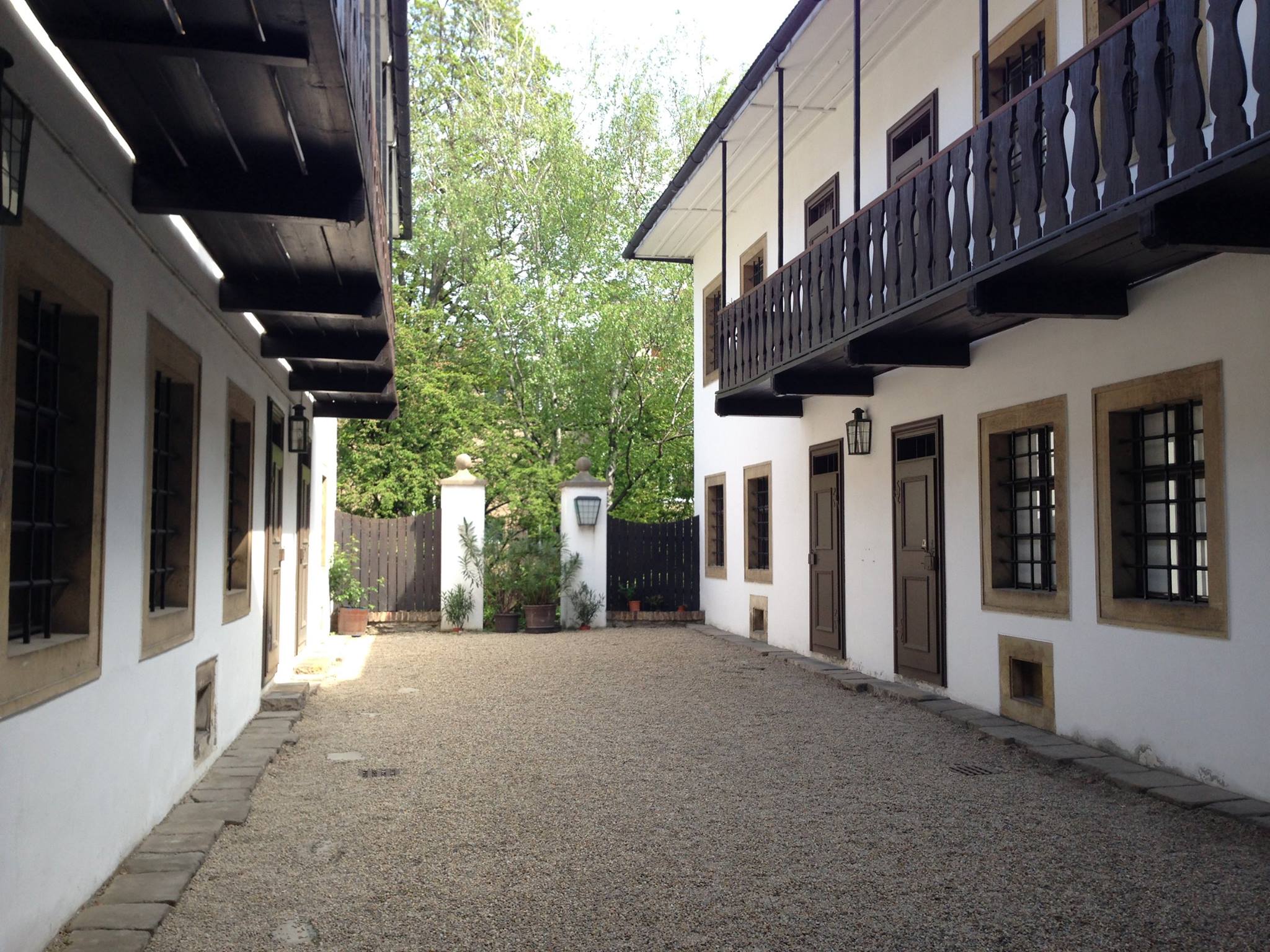 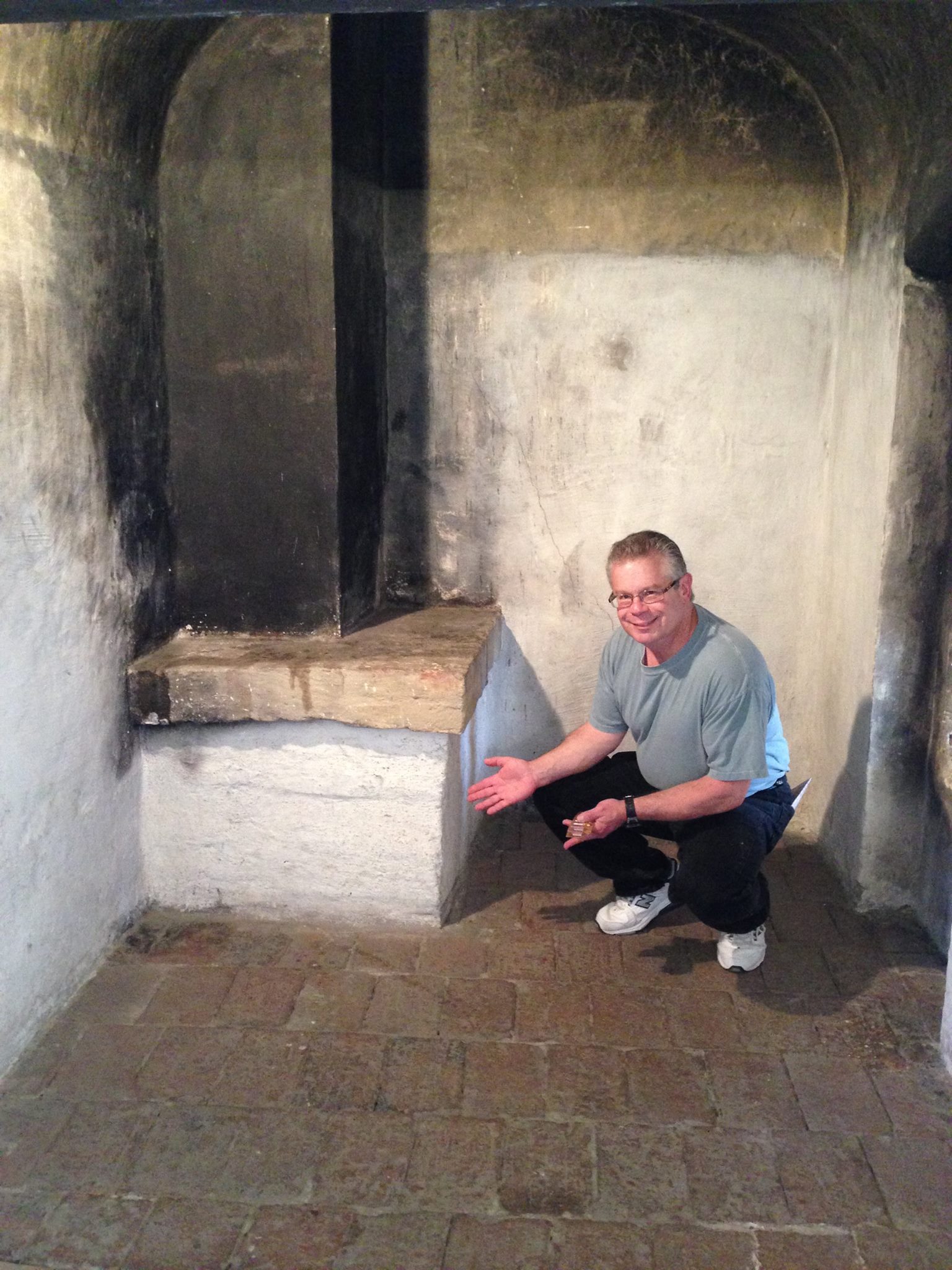 Yours truly crouching in the kitchen alcove where Schubert was born, and the 27 year-old Schubert in 1825, one year after composing the String Quartet No. 14, Death and the Maiden. 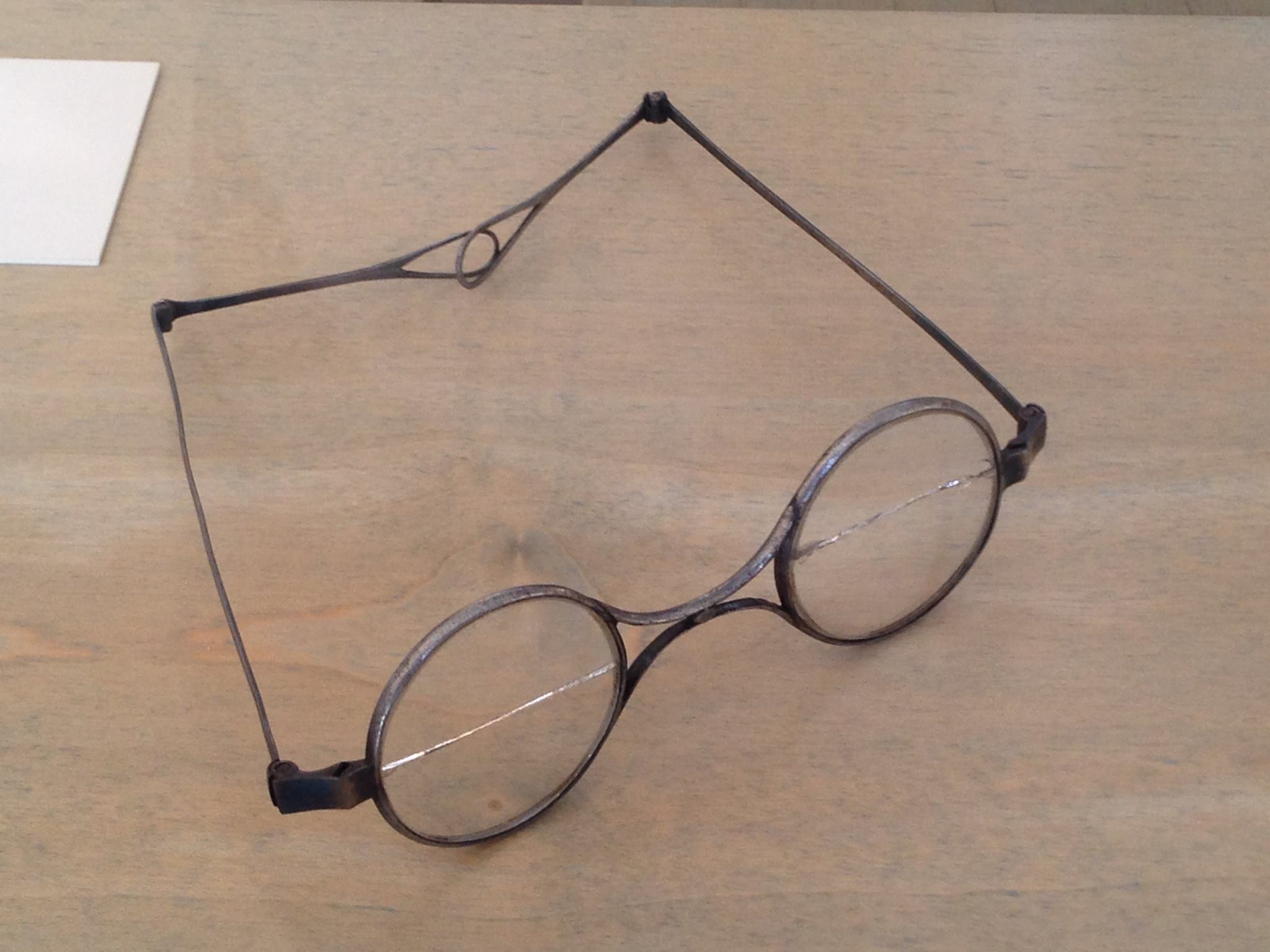