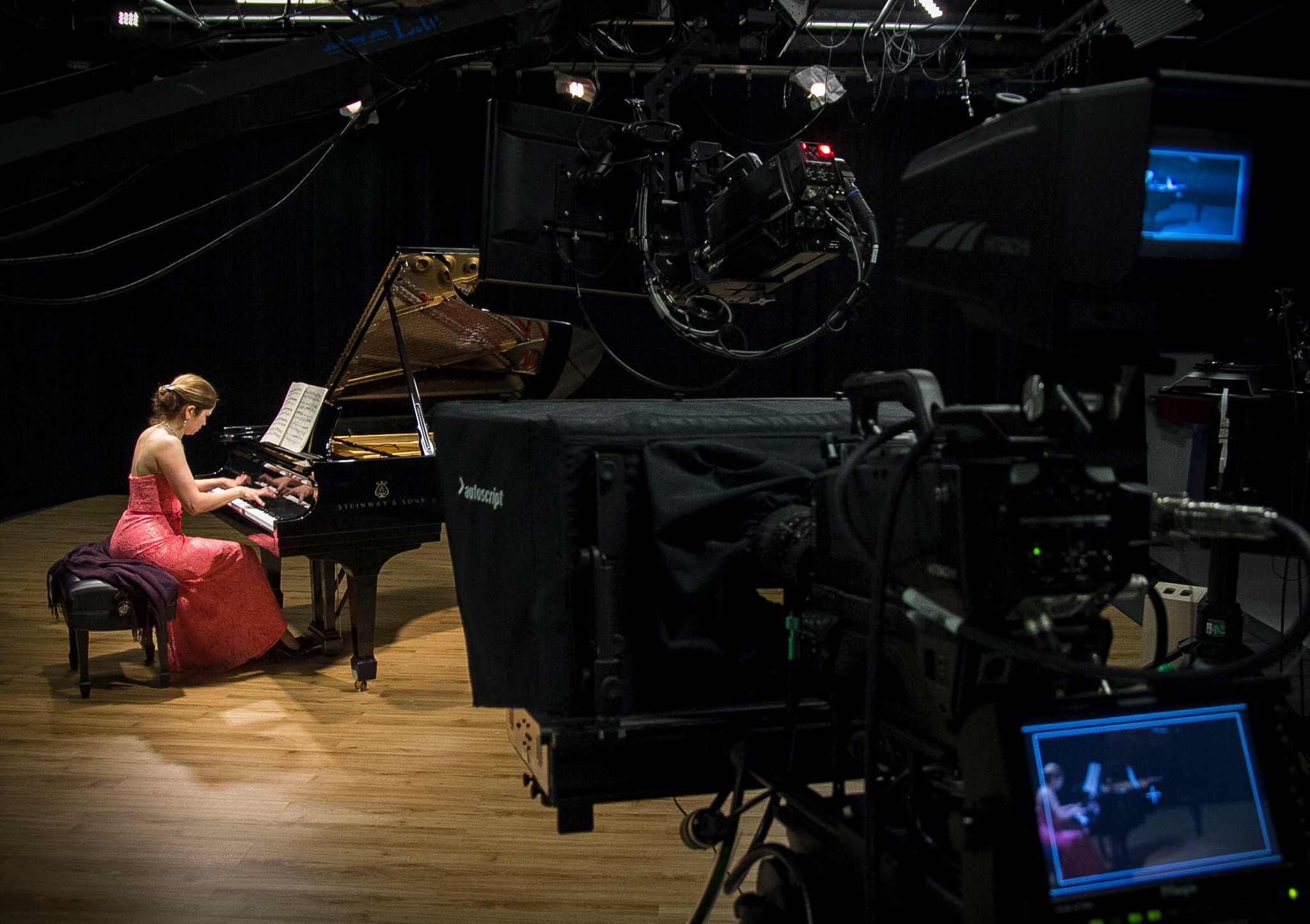 A picture of Dr. Melkonyan at the piano taken on Friday, May 31st while battling the bug.

Ah, the idealized romance of the virtuoso pianist! A solitary figure sitting at a piano communing with her innermost thoughts and feelings through the medium of a repertoire second to none; wresting from the instrument its deepest secrets and sonorities while becoming one with the piano and the music. Yes! Yes! Yes, yes! (“I’ll have what she’s having.”) Her fingers no longer push the keys in some tawdry act of mere physical contact but rather, it is her very soul that animates and gives life to the piano! Thus carried aloft on a transformational musical wind that elevates her spirit, the pianist is rendered susceptible to divine revelation.

Yes, well, whatever. A dose of reality, please.

Magdalina Melkonyan – who during her recording sessions appeared totally relaxed at the piano and played like an angel – had quite a week.

Magdalina has two boys: Alex, who is 4 years old, and Andre who is 16 months old. On Tuesday evening May 28, Andre came down with a fever of 103.5 degrees. A trip to the emergency room followed. As we all know, there are no “quick” or “easy” trips to the emergency room, at least not here in the U.S. of A. After a minimal night’s sleep, Magdalina drove the hour from her home to the studio and recorded from 8:30 AM until 1 PM on Wednesday.

On Wednesday evening, Andre’s fever turned into an ear infection. The poor little guy didn’t sleep much that night, and neither did his parents. Once again, the next morning (Thursday), Magdalina drove the hour to the studio and recorded from 8:30 AM until 1 PM. On Thursday evening it was Magdalina’s turn, and when she showed up at the studio Friday morning she was sick as a dog: pale, feverish, and exhausted. You wouldn’t know it from her playing though, and among other works she recorded that day (and recorded beautifully) were the preternaturally difficult “After Reading Dante” and “Tarantella” by Franz (“my friends call me François”) Liszt.

Saturday (yesterday) was a day off, which was just as well, because that was the day that Magdalina’s four year-old Alex and her husband got sick. Today – Sunday – it was back to the studio first thing in the morning; we recorded until after 2 PM. Magdalina, bless her, is on the mend, and we put another batch of tough pieces in the can.

Magdalina’s Melkonyin’s “performance behind her performance” – meaning her professionalism – speaks loud and clear. “Communing” with the piano and seeking “divine revelation through music” were not on her agenda this week. Rather, it was about taking care of her family at night and gutting out her recording sessions by day. Real life. In regard to how Magdalina Melkonyan aquitted herself this week, I would paraphrase Robert Schumann’s comment vis-à-vis Frédéric Chopin, “Hats off, gentlemen; a professional.”