Behind a Composition – Technology 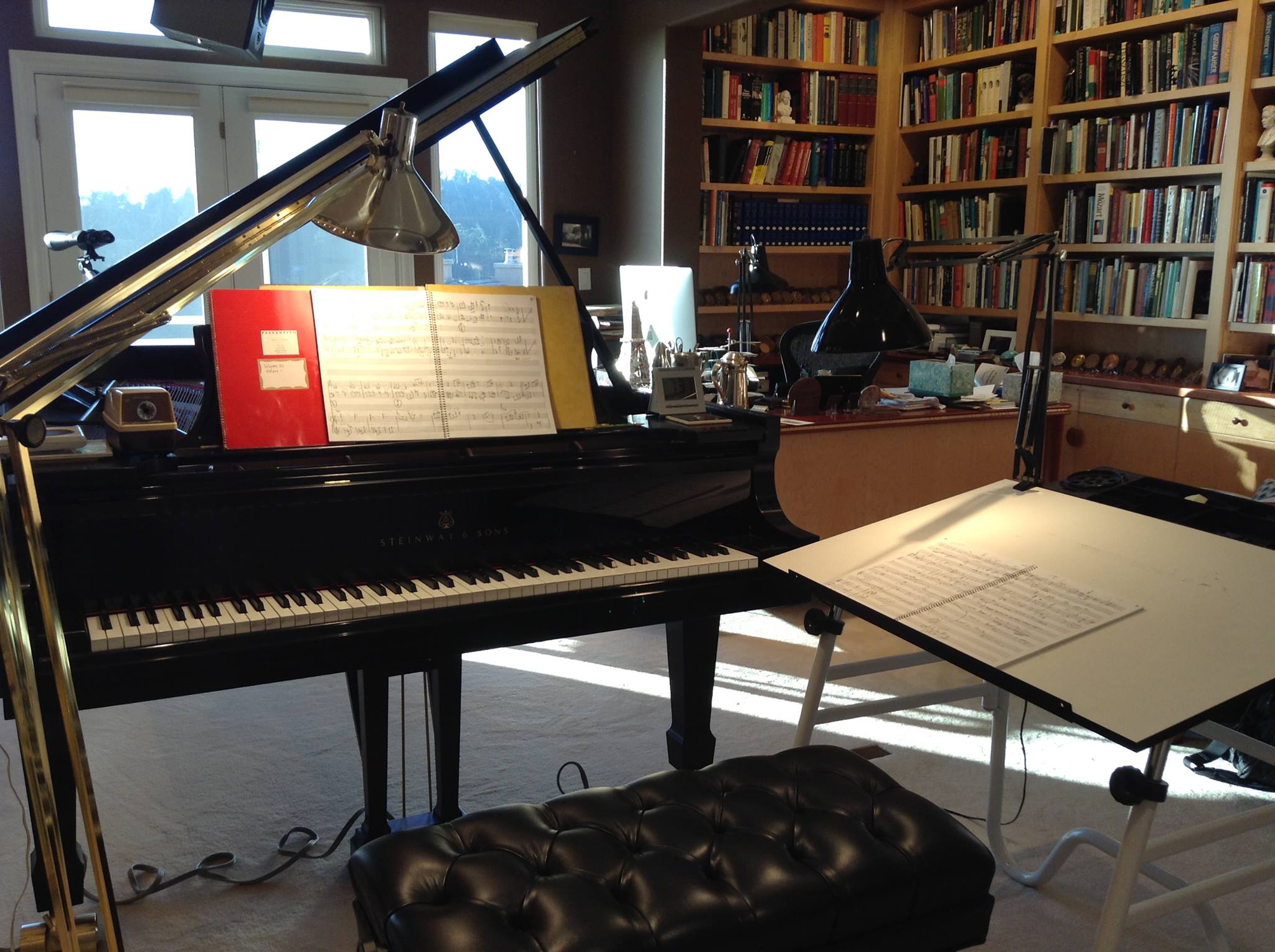 I am fond of saying (overly fond, frankly) that “technology is our friend, except when it isn’t.” We all know that this is true although it is tiresome to repeat. Nevertheless I have repeated this truism as a reminder that our techno-toys often actually hinder progress and creativity.

Technology. We were led to believe that computers would reduce the amount of paper we waste. Hah. We were told that cell phones, email and texting would bring us “closer together”. Please; the absurd ease with which we can now communicate has in fact lowered the standard and meaning of our interaction. Meanwhile, an entire generation spends its waking hours “cyber multi-tasking”, which is a euphemism for “not doing any one thing particularly well.”

Dang, I do sound old.

I bring all of this up because modern technology has impacted mightily on how composers actually compose. For what it’s worth, here’s how I do it.

My compositional methodology is decidedly old school: my basic tools are pencils and paper. Specifically, Music Writer pencils made by Pacific Music Papers and Passantino No. 85 spiral music notebooks. (When I started seriously writing music around the age of 14, I discovered music manuscript notebooks made by the Passantino paper company called “number 99”: 12 stave, 96 page spiral-bound notebooks of wonderfully heavy paper and staff lines impervious to erasure. But of course these notebooks were long ago discontinued, so for the last 25 years or so I’ve used Passantino spiral bound notebooks number 85: still 96 pages in length but containing a lighter, less robust paper.)

In order to make these spiral-bound notebooks “work for me”, I rather painstakingly ink in the measure lines between the center spirals of each page in order to allow each page to flow continuously into the next (see the picture I posted on Tuesday). At any given moment, I’m working out of three or four such notebooks.

While creating a first draft of a piece, I work at the piano. Along with my piano, pencils, and notebooks, my essential tools are an indestructible Panasonic pencil sharpener I bought in 1975, a metronome, and a drafting table (all pictured below). That’s it; color me analog.

Having finished a second draft, I will sit down at my computer and notate my score using a program called “Finale”. Finale is a killer-great notational program that allows me to play back what I have written with reasonable accuracy.

While I love Finale (in a strictly platonic sense, I SWEAR), it stands as an examples where technology is our friend except when it isn’t. You see, there’s a problem with Finale’s “playback” feature and the instant gratification it provides. The “problem” stems from the fact that the “playback” function can become an end unto itself, and not merely a tool in helping to shape a piece. Speaking for myself, I pretty much know exactly what a piece will sound like before I hear it “played back”. That’s my job, my gig, my craft, my responsibility as a composer: to know upfront what my music will sound like. As such, I do not in reality need a computer program to “play” my music back for me; I already know what it’s going to sound like.

Unfortunately, the ease of playback featured by contemporary notation programs like Finale has made many composers less intelligent, less imaginative, and less discerning. Because Finale (and other programs like it) offers instantaneous playback, many composers now work exclusively from the program itself, and in doing so they have come to depend on constant playback at the cost of cultivating their inner ears and imaginations. In fact, technology has made such composers less creative: compositionally reactive rather than proactive. For such composers, what should be merely a tool has become instead both the medium and the message, and as such the compositional cart has been placed before the horse; the notational tail has come to wag the dog.

Technology is our friend, except when it isn’t.