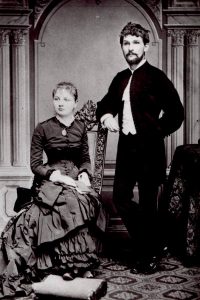 It has been a long time since I last blogged. I have an excuse (sort of) which I’d share, and in doing so request your help.

I have been writing a new, 24-lecture course for The Teaching Company/The Great Courses, and have only today – this morning, in fact – finished the first draft. I began work in December, so the draft (which runs about 140,000 words, about the length of a 450 page book) took seven months to write. I’ll need another three months to rewrite, by which time the course will run about 120,000 words.

It has been, by far, the toughest survey I’ve ever written. The working title is “Big History and Great Music.” The premise is as follows. Each lecture features a different piece of music. Each piece of music was written as a direct response to a historical event. The bulk of each lecture, then, will explore that event and the manner in which the music under study reflects that event.

For example. Lecture 17 focuses on a piano sonata by the Czech composer Leoš Janáček (pictured below as a young dude with his wife Zdenka), a piece entitled Piano Sonata I. X. 1905 (meaning “Piano Sonata, October 1, 1905”). The sonata was written in response to the killing of a young Czech protester by German/Austrian troops during a protest in Brno (the capital city of Moravia, in the present-day Czech Republic) on October 1, 1905. The core historical issue behind the protest and the piano sonata is the tremendous animosity between native Czechs and the Austrians and Germans that occupied Czech lands almost continuously from 1618 until 1945. As such, this lecture ranges across a fairly large span of time, from the years before the beginning of the Thirty Years War (which began in 1618) to the expulsion of the so-called “Sudeten” or “Southern” Germans from Czech lands between 1945 and 1948 following the end of World War Two.

As you’ve probably divined from this description, the course is as much (if not more) a history course as it is a music course, and that’s why it has been a challenge to write. In its 24 lectures I tell 24 very different stories, and each story has to be accurate and backed up with as much contemporary scholarship as I can muster. I have read upwards of 40 books in preparing these lectures, so when I haven’t been writing I’ve been reading or talking to historian friends who have helped to keep me on track.

It’s the “untitled” part in the sentence above that has us in something of a tizzy. The original title that was polled – most successfully, I would add – was something on the lines of “How History Inspires Classical Music”. Ugh. Double ugh. Aside from having spent the bulk of my career trying to demolish the phrase “Classical music”, that title is about a graceful as a three legged dog. Unfortunately, my working title – “Big History and Great Music” – polled poorly, and that, my friends, rendered it DOA. So: suggestions? A good title needs to be short and to the point; if it implies weight loss, hair growth, and/or an end to dysfunctions of any sort, well, so much the better.