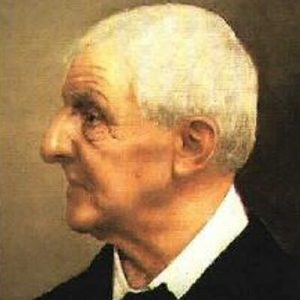 Today we mark the 193rd anniversary of the birth of the Austrian composer and organist Anton Joseph Bruckner.

When I was a graduate student back in the late 1970s and early 1980s, one of my classmates was a musicologist named Stephen Parkeny. He was a wonderful guy – sweet, smart, and very talented – whose life was cut all-too-short by multiple sclerosis. I remember him well and honor him still.

Stephen was a Bruckner fanatic. He lived and breathed Bruckner’s music; he made his house of it; he dined on it with epicurean delight. When he discovered – early in our acquaintance – that I didn’t know much of Bruckner’s music and that what I knew I didn’t like, he took it upon himself to make of me a Brucknerite. He recommended recordings to me; he pressed books and articles on me; he regaled me with Bruckner stories and trivia and in doing so brought to bear his extraordinary enthusiasm for Bruckner.

Alas, I came to like Stephen much more than Bruckner. But his efforts weren’t entirely in vain, as I developed an admiration for Bruckner’s Symphonies Nos. 4 and 8, and a grudging respect for a couple of others. I did, however, develop an absolute fascination with Bruckner the man, who was as strange a person as strange gets.

He was born in the Austrian town of Ansfelden, near Linz. His father was the town schoolmaster and the church organist, and it was at the local Catholic Church that Bruckner heard his first music, sang as a choirboy, and learned to play the violin and organ.

The Church was Bruckner’s refuge and solace for the entirety of his life; he was as devout a man we will ever find outside a monastery or a foxhole. He believed completely that everything he did should honor God. As an elderly man he told the young Gustav Mahler:

“Yes, my dear, now I have to work very hard so that at least [my] tenth Symphony will be finished. Otherwise, I will not pass before God, before whom I shall soon stand. He will say: ‘Why else have I given you talent, you son of a bitch, than you should sing My praise and glory? But you have accomplished much too little!’”

One can only hope that God deemed Bruckner’s nine symphonies as being good enough, because he died before completing his Tenth.

But we get ahead of ourselves. At the age of 18, having finished his schooling, Bruckner followed his father’s footsteps and became a schoolteacher and part-time organist, living in total obscurity and taking correspondence courses in harmony and counterpoint with Simon Sechter, a professor at the Vienna Conservatory. Bruckner often worked seven hours a day on the exercises sent to him. Sechter – a famously hard taskmaster – was taken aback by Bruckner’s fanatical dedication to his correspondence course. One day, Sechter received from Bruckner seventeen music manuscript books crammed with exercises, prompting Sechter to write Bruckner a letter in which he told him that he was endangering his mental and physical health by driving himself so hard!

Bruckner was a total country bumpkin: naïve, simple, overly trusting, deferential and pious to a fault. (Bruckner followed to a “T” the Church’s proscription against sexual relations not sanctified by marriage. Since he never married, well, you do the math.) With nothing else to do in his spare time, he took correspondence courses, and would likely have spent the rest of his life doing so if not for his epiphany, the “eureka!” moment he experienced in his 39th year, when in 1863 he heard a performance of Richard Wagner’s Tannhauser in Linz. Bruckner was doubly blown away: not just by Tannhauser, but by the realization that what made Tannhauser great was that it broke so many of the rules of harmony and counterpoint he had so assiduously studied!

From that moment, Bruckner embraced Wagner’s music with a mania that changed his life. Convinced that it was his mission in life to become the Wagner of the symphony hall, he composed a Symphony in C Minor in 1866. The symphony received its premiere in Linz in 1868, a year that saw Bruckner’s life change over night. You see, the year before – in 1867 – Bruckner’s correspondence course professor Simon Sechter had died in Vienna, and to Bruckner’s utter amazement, in 1868 he was offered Sechter’s old post at the Vienna Conservatory! Filled with misgivings, he accepted the position and thus, at the age of 44, Bruckner took up his teaching duties in Vienna, where he would live out the remaining 28 years of his life.

In Vienna, Bruckner continued to compose his Wagner-inspired symphonies. The were not well received. Of Bruckner’s Third Symphony, the Viennese critic Eduard Hanslick wrote:

“Beethoven’s Ninth meets Wagner’s Walkure, and is trampled under her hooves.”

It wasn’t until 1884, when Bruckner was sixty years old, that he began to taste success. His Seventh Symphony was premiered in Leipzig under the baton of the great and famous Artur Nikisch, who afterwards declared that:

“Since Beethoven there has been nothing that can even approach it. From this moment I regard it as my duty to work for the recognition of Bruckner.”

Maestro Nikisch’s enthusiasm was not universal. When the symphony was performed in Vienna, Eduard Hanslick’s review gave voice to critical issues that trouble many listeners to this day:

“Like every one of Bruckner’s works, the symphony contains ingenious inspirations, interesting, and even pleasant details – here for six, for eight bars – but in between are interminable stretches of darkness, leaden boredom, and feverish over-excitement.”

Certainly, Bruckner’s experience as an organist colored his symphonic music: his love for huge, multicolored sonorities and his predilection for lengthy, slow, hymn-like sections of music reflect the music he played as an organist. Bruckner’s music is rarely fast or even moderately paced. His rather “leisurely” sense of development – Stephen Parkeny would have called it “his deliberately meditative musical spirit” – was, for some, an object of ridicule. The Viennese called him the “Adagio-Komponist” – the “adagio composer” – because even his first movements felt slow. Wagnerian in conception, the length of Bruckner’s symphonies would seem, at times, not always justified by their musical materials.

Bruckner’s Jethro Clampett persona was a source of great humor among the sophisticates of Vienna. But in fact he was an odd man, even for a composer.

So many Bruckner stories, so little time.

At the final rehearsal before the premiere of Bruckner’s Fourth Symphony, he went up to the conductor – the world famous Hans Richter – and tipped him.

“‘Take this’ Bruckner said, pressing a coin into the great Richter’s hand – ‘and buy yourself a beer.’ The dumbfounded conductor looked at the coin, put it in his pocket, and later had it put on his watch chain.”

Bruckner was a “numeromaniac”: that is, he was obsessed with numbers and counting.

“He kept a careful list of the number of prayers he said each day, and the number of times he repeated a particular prayer. He counted statues during [his] walks in parks, and would start [his walk] all over again if he thought one had been missed. He was obsessed with the need to discover the numbers, characteristics, and substance of inanimate objects, such as the ornamental tops of the municipal towers in Vienna.”

He was obsessed with dead bodies; an ambulance chaser who, for example, hurried to the mortuary after a disastrous theater fire in 1881 in order to examine the charred bodies of the victims. After the assassination of Emperor Maximilian in Mexico, he anxiously wrote his friend Rudolf Wienwurm:

“At all costs I want to see the body of Maximilian. Please, send someone trustworthy to the palace, or even better, make enquiries at the office of the Oberhofmeister whether it will be possible to view Maximilian’s body in an open coffin, or under glass. Then please inform me by telegram so that I do not come too late. I ask you most urgently for this information!”