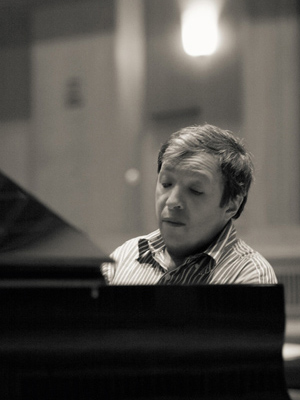 Gratitude. It’s cliché but true – at least for me – that we/I should consider spending a bit more time contemplating those things that I am thankful for, those things that make life worth living. Heaven knows, we spend enough time hearing about, reading about, and thinking about those things that suck the lifeblood out of us. We can all fill in the blanks there, though I’d offer up a couple spirit-sappers that generally drive me to distraction: the extraordinary intolerance and lack of civility with which we as a species tend to treat each other and morons with guns (the latter often being a function of the former).

It’s a good thing – given my personal proclivity to dwell on the darker side of human nature – that I’m a musician. Nothing restores my fragile faith in humanity and arouses my gratitude more effectively than listening to music beautifully performed.

I am frequently asked an impossible question: “who’s your favorite composer?” Who could answer such a question? Certainly I can’t. I’ve said it before, and here I am, saying it again; I am a musical slut: I am in love with whomever I’m presently with. How can I possibly think about anyone else when I’m listening to (or attempting to play) Sebastian Bach’s Goldberg Variations? Or watching Mozart’s Così fan Tutte? Or listening to the Tchaikovsky Violin Concerto, György Ligeti’s Etudes for Piano, or for that matter, Dave McKenna’s rendition of “Lulu’s Back in Town”?

Yes, so much music, so little time. So if someone really wanted me to own up to a single composer, the question isn’t “who’s your favorite” but rather, “if you had only a very limited amount of time to live and had to pick one composer’s music to listen to exclusively, whose music would you choose?”, well then, that question I can answer.

For me it would have to be Beethoven, for whose music I am eternally grateful. If the pig-headed little codger were here with me right now in my office/studio, I’d force him to give me a big ol’ hug, even if that meant getting his dandruff all over the black workout shirt I’m currently wearing. And even though he might blow me off like lint, I’d explain to him (as best I could in my crappy German) that no one has ever managed to distill and universalize the triumphs and tragedies of life into music more powerfully, more gloriously, and more succinctly than him.

This fit of Beethovenian gratitude was triggered this morning by an email sent to me by the magnificently named Ocèan LaLuce d’Luna, in which she included a link (below) to a video of Beethoven’s Piano Sonata in F Minor, Op. 57, the “Appassionata”, performed by Murray Perahia.

For which I am incredibly grateful.