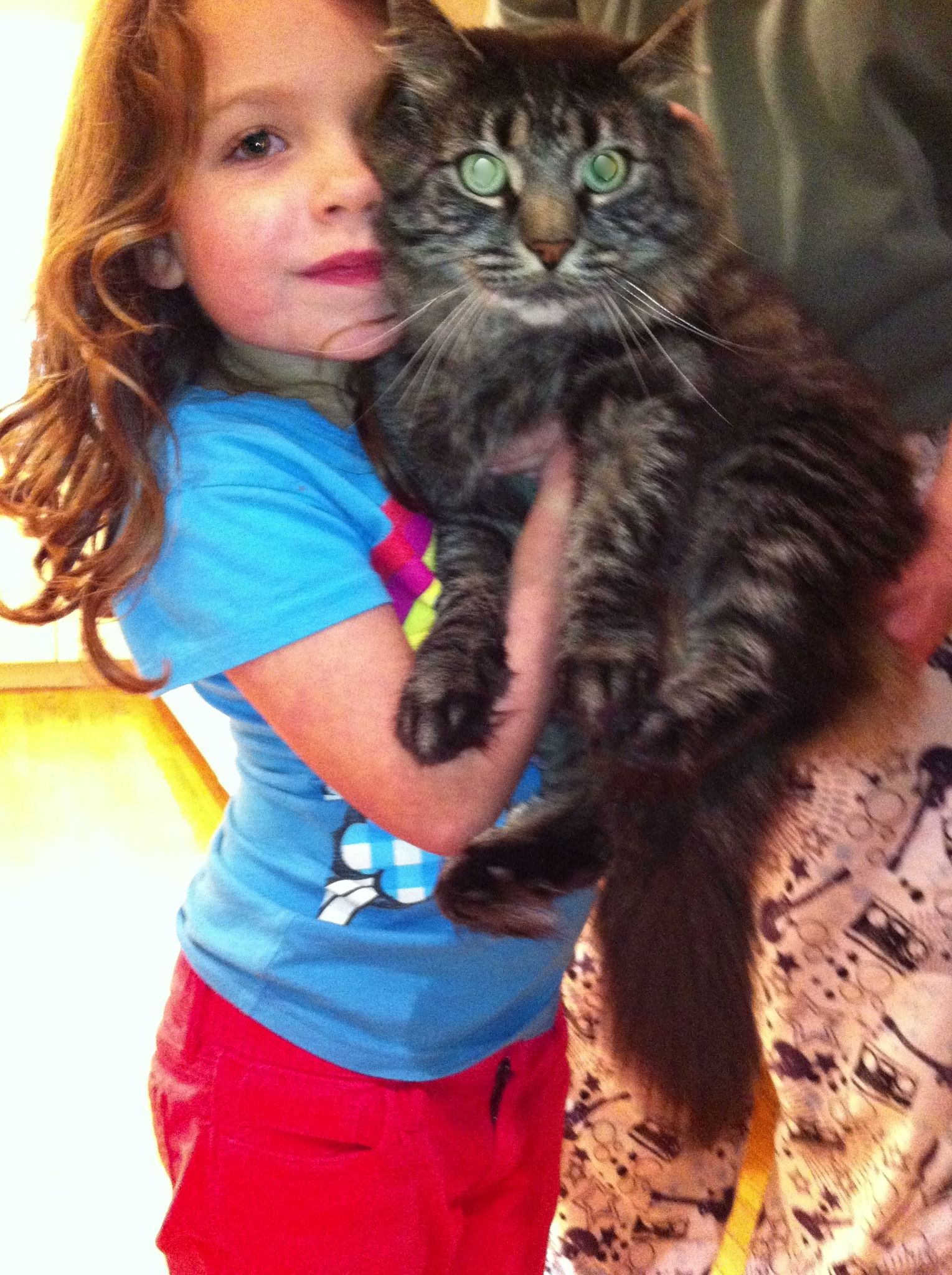 My daughter Lillian (the one on the left) with our resident Maine Coon, Teddy (the fur ball on the right)

My six year-old daughter Lillian is going to start piano lessons next week.

Lily has been asking for lessons for a couple of years, but I am not a believer in starting kids too young, and to my mind four years old was way too young. (To my mind, no matter how good the teacher, a lesson is a lesson, and lessons demand responsibility, discipline, and practice. The vast majority of us will be responsibility-free exactly once in our lives: from birth through the age of six. Let kids be kids, I say. Responsibility, discipline, and practice – like gray hair, bad eyesight, and lousy knees – will all come in time, whether we want them or not.) Frankly, six is even a bit on the young side for me, but given, one, Lily’s ongoing interest in the piano (she “plays” all the time); two, we have two nice grands in the house (one of them a Steinway D); three, she hears the pianos being played all the time; and four, I’ve found her the right teacher (or so I think), well, I guess it’s time to start her up.

For the first year or two I’m not going to press or push her. It seems to me that first and foremost the lessons should be fun and exploratory. I can’t tell you how many times I’ve been told by adults that their early interest in music was squashed by a pushy parent or an insensitive music teacher or by an idiotic second or third grade teacher who told them not to sing in class because they were “tone deaf”. (That latter one really galls me. For the presumably “responsible” adult, it’s a throwaway line uttered in a moment of irritation. For the defenseless recipient the result is a lifelong fear of making music. Ugh.)

I’ve been through this before. I have two older “children”: a 26 year-old daughter and a 23 year-old son. Their mother is a talented musician (we met because I was her accompanist), though she ended up making her career in the law. Her career choice aside, both kids have the genetics for music; both took lessons of various sorts though neither ended up in music. The musical fire either burns or it does not, and for Rachel and Samuel, the fire burned for other things.

So here we go again. I’ve two young kids: Lillian and Daniel, who is four. Their mother (most tragically deceased) was a terrifically talented musician, a conservatory-trained flutist and the head-of-music at a prestigious local private school. Accordingly, Lily and Dan have the genetics as well. It will be most interesting to see where their proclivities take them.