The Making of a Course – Part One 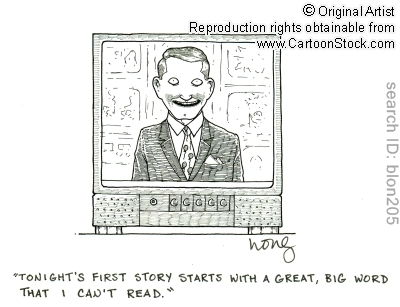 In 1999, The Teaching Company/Great Courses began using teleprompters. Up to that point, all the instructors had worked from notes, as we do in the classroom. The result was – as it always is when one works from outline – uneven: grammar can slip, ideas are repeated, the speaker resorts to “um”, and “anyway”, and “the truth of the matter is” and a thousand other delaying strategies while he/she searches for a word or idea. If you’re having a good day, the ideas and jokes come on their own and you simply chat with the cameras. If you’re having a bad day, the fight-or-flee instinct kicks in big time. In the classroom or lecture hall, a bad day isn’t all that bad; you take lots of questions from the students, allow yourself some tangential excursions, talk some sports, whatever. One cannot take such liberties when creating hard copy, which follows us around for the rest of our lives.

The teleprompters changed EVERYTHING, mostly for the better. Prep time increased by an order of magnitude because everything had to be scripted in advance. My upcoming “23 Greatest Solo Piano Works” (23GSPW) course runs about 120,000 words in length (24 lectures at roughly 5000 words per lecture); the length of a book, which in essence it is. The “script” aside, there is still an opportunity for spontaneity; a good teleprompter operator knows when to stop and start back up. But by scripting the lectures there is a much smaller chance of making factual and grammatical errors (especially given the eagle-eyes of my editor and fact checkers). To my mind, the trade-off of spontaneity for accuracy is most acceptable, especially if one’s lectures are written in such a way as to capture a sense of fun.

I began writing 23GSPW in February and finished the second drafts in September. My editor, the doubly feline Cat (Catherine) Lyon then did her thing, after which I spent another month preparing a third draft. We were still tweaking things as of yesterday (Sunday the 20th; The Great Courses never sleeps).