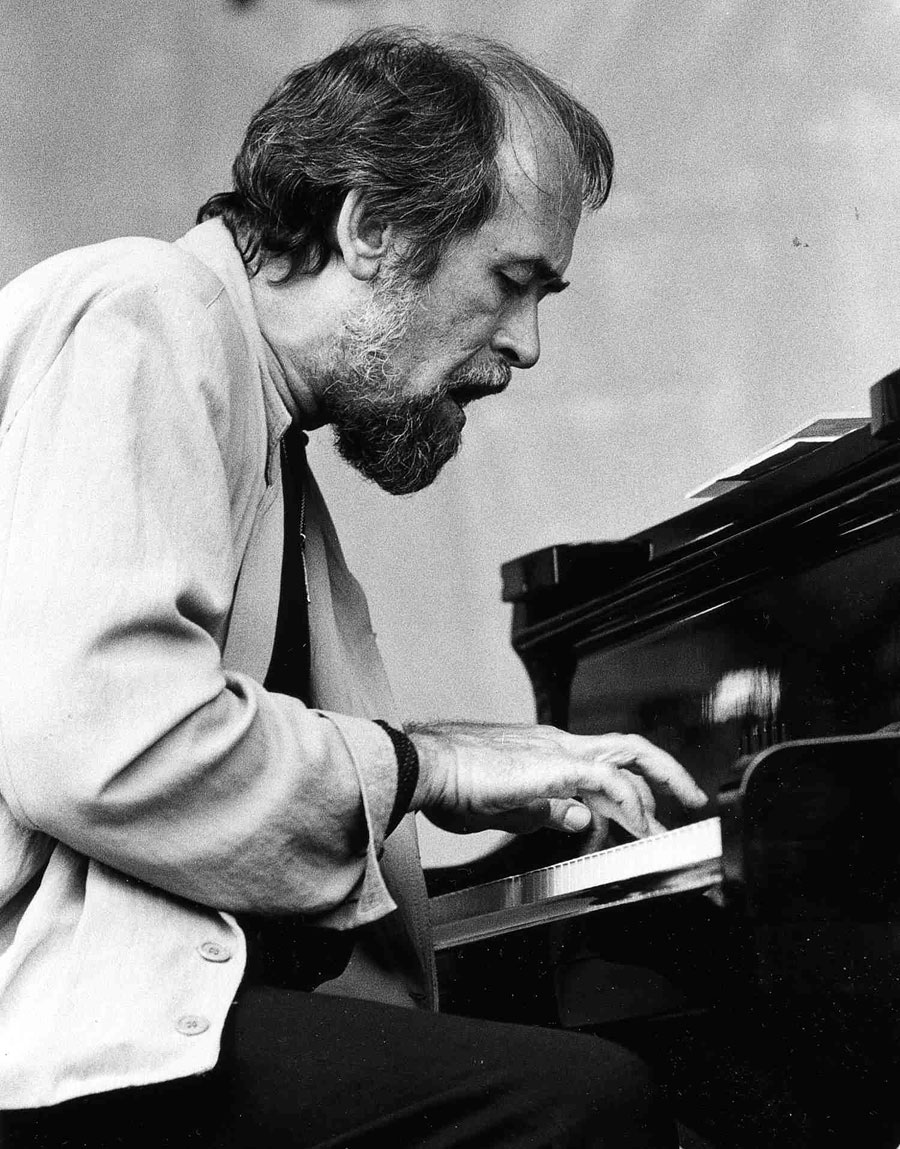 It’s been a while since I blogged about my favorite jazz pianists. A new crush calls me back to the (computer) keyboard.

That pianistic crush is the magnificent, in-every-way spectacular Roger Kellaway.

Roger KELLAWAY (born in Waban, Massachusetts on November 1, 1939), thank you very much.

In fact, whether we’re aware of it or not, most of us have heard Kellaway play, as his performance of his song “Remembering You” concluded the classic Norman Lear-produced TV show “All in the Family” (which ran from January of 1971 to April of 1979).

I first became aware of Roger Kellaway in the very early 1970’s when I acquired his album “Roger Kellaway Cello Quartet”. The album featured Kellaway on piano, Joe Pass on guitar, Chuck Domanico on bass, and – yes – a cellist named Edgar Lustgarten. I liked the album okay, but I sold it – along with most of my records – when I moved to California in 1978. Maestro Kellaway promptly fell off my radar and – boohoo for me – remained thus until about 6 months ago, when a friend came to dinner.

The friend is a super guy named Lenny Paul, who at 86 years of age looks better and acts younger than many of my friends in the 50-60 year age-range. Lenny’s day gig was in business, but he is a musician by training and avocation, a trumpet player who cut his teeth playing in military bands.

(A word, please. Anyone who doesn’t love the sound of massed brass instruments has no heart AT ALL. Yes, the brass can make conductors crazy as they attempt to balance the power and brilliance of the brass section against the relatively anemic-sounding stringed and wind instruments. The great and always quotable English conductor Sir Thomas Beecham put it this way: “I NEVER look at the brass; it only encourages them.” Nevertheless, the sound and impact of a large brass section is like nothing else on this planet. I once had the opportunity (at Ravenna, the summer home of the Chicago Symphony) to hear the CSO brass rehearse Mahler’s Symphony No. 2, and it was one of the great experiences of my musical life. 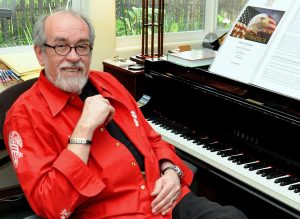 However, with all due respect to the Chicago Symphony Orchestra, if you really want to hear the brass wail, listen to a high-end military band. I’m not just talking about the elite bands in Washington D.C.; no, the band at any major military base will do quite nicely. I once heard a concert performed by The United States Air Force Band of the Golden Gate, which is stationed at Travis Air Force Base here in northern California, and I’m still looking for the socks that they knocked off my feet. Holy hot pastrami, but they could play!)

So back to my friend Leonard Paul: when Lenny talks music – especially trumpet players – I listen. The evening he came over to dinner Lenny brought me an armload CD’s, among which was a disc featuring an old friend of his, the trumpet/cornet player Ruby Braff playing duets with Roger Kellaway. Braff’s playing is, as Lenny told me it would be, wonderful. But the revelation was Roger Kellaway. I was completely blown away by his playing. I did my research, bought a pile of Kellaway CDs, and have been in piano heaven since.

Roger Kellaway will not fall off my radar again. Allow me to explain why I am so enamored of his piano playing.

One, he uses the ENTIRE KEYBOARD and is one of those freakish pianists who seems to be equipped with more than the standard two hands.

Two, speaking of hands, the independence between his hands and the richness of what he plays with his left hand are equaled by very few jazz pianists: Oscar Peterson and Dave McKenna are the only two who spring immediately to mind.

Three, Kellaway is a veritable encyclopedia of keyboard styles and techniques, from Bach-like counterpoint and Lisztian technical flash to his extremely sophisticated harmonic usage, Stravinsky-like bitonality, blues, stride, swing, boogie, bop, all seamlessly merged into a singular technique. Dude can most absolutely blow.

Four, his improvisations are wonderfully textured and paced and thus have a truly compositional sensibility about them. They rise and fall and BREATHE.

Now I do not know if Roger Kellaway is kind to small animals; or whether, once upon a time, he bothered to rewind his VHS rentals before returning them; or if he puts the toilet seat down after doing his business. Frankly, I do not care. Given the joyful brilliance of his piano playing he has – from me at least – a pass on all of the above.

So, a few CD recommendations.

Duets:
“A Duet of One: Roger Kellaway and Eddie Daniels Live at the Bakery”, IPO C1015
“Inside Out: Ruby Braff & Roger Kellaway,” Concord CCD 4691

I am a believer that a picture is worth a thousand words and that a video is worth ten gazillion pictures. As such, nothing would please me more than to be able to include a link to a video of Roger Kellaway playing solo so that we could see how he physically addresses the piano. Sadly, no can do; there’s no such video out there. In fact, videos of Kellaway are terribly few and far between, which is why I have had to offer up the performance below of a Lou Rawls’ blues entitled “I’d Rather Drink Muddy Water”. The performance features a singer about whom charity demands silence. Nevertheless, we do get to see Kellaway play, for which we are grateful. For our information, his solo runs from 02:15-04:00.