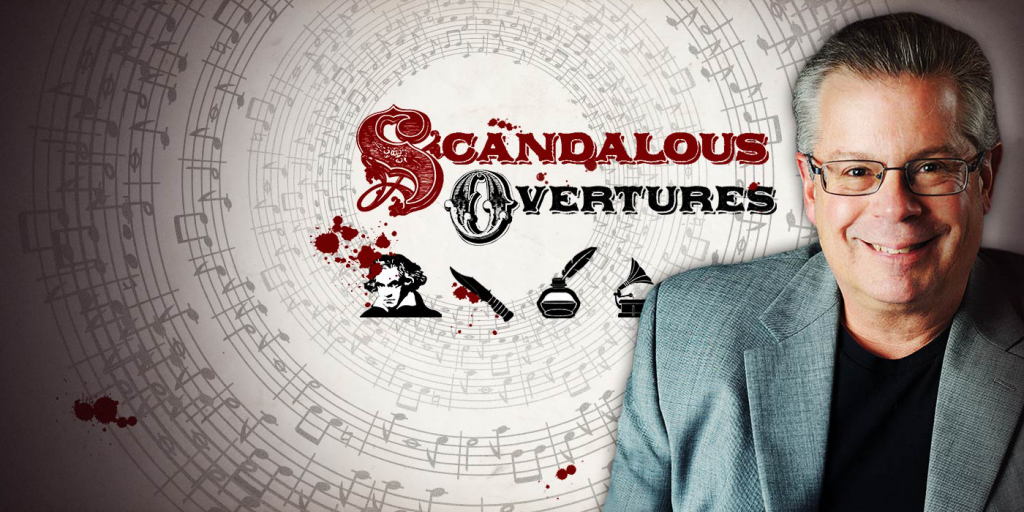 So would have spoken the late, great Tupac Shakur, had he the opportunity to share among his friends (and enemas) the following promotional video, created by OraTV to publicize my new show, a promotional video called in the trade a “sizzle”.

Regarding the show. I had originally entitled the show “Conspiracies, Peccadilloes, and Dirty Little Secrets: Fun and Games with the Great Composers”. As titles go, well, where do I begin? I’m really good (or so I believe I am) at entitling musical compositions; from such myriad titles as “Child’s Play” and “By Various Means” to “Among Friends” and “Invasive Species”, I (arrogantly) believe I have a knack for finding a title that reflects the expressive content of a given piece.

But. When it comes to entitling lectures and other such exercises in verbal over-rectitude, I tend to be . . . well . . . bloviated. Wanting – always – to say more than less, I end up indulging in the “colon game”. This has nothing to do with the GI tract but, rather, is an attempt to say more-than-less by inserting a colon between two separate phrases which (presumably) allows me to double-up on my titular content. To whit: “Conspiracies, Peccadilloes, and Dirty Little Secrets: Fun and Games with the Great Composers”.

The great minds at OraTV know an overblown and pretentious title when they hear one, and thus my new series has been re-entitled Scandalous Overtures, which I freaking LOVE. But even more than the new title, it is the promo/sizzle for the series – which will soon be released – that has caught my attention today. I have attached the promo/sizzle below; click on the puppy and enjoy!