I swear, I promise, I guarantee (as best as I can guarantee anything): after today, there will be no more gratuitous references to my trip to SoCal yesterday, where I appeared on talk shows already named.

Having said all of that, I would offer up one more photo that my wife found on her iPhone today. 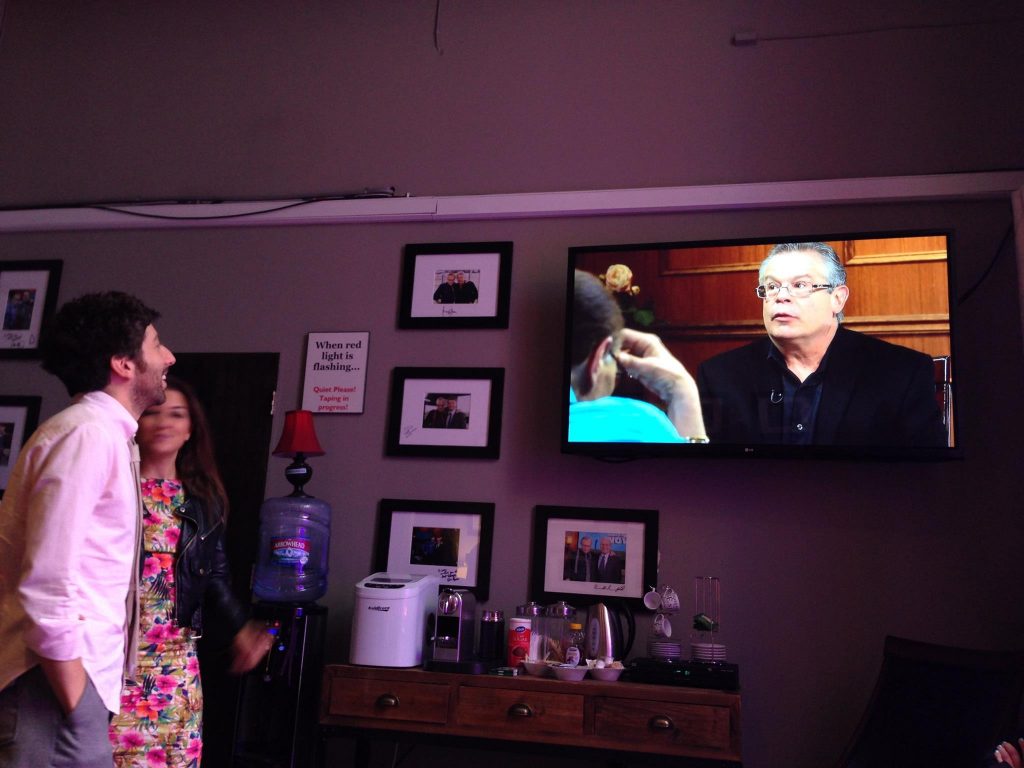 While I was doing my interview with Larry King, she (my wife Nanci) was cooling her well-clad heels in the so-called “Green Room”, the waiting room one finds in every concert hall, opera house and TV studio across our planet. Among those in the Green Room was Larry King’s next guest, an actor/comedian named Simon Helberg who is best know for playing a character named Howard Wolowitz on the sitcom “The Big Bang Theory”. He and I chatted for a while before I went on; it turns out that he’s a serious jazz pianist and thus we had something of substance to talk about. Anyway, my wife took a bunch of pictures of the monitor in the Green Room, most of which feature young Mr. Helberg who, according to my wife, seriously enjoyed my interview. Since I have learned (the hard way) NEVER to question anything my wife says (or does, or buys), I must assume that she was correct and that the photographic evidence below corroborates her statement.