Music History Monday: We Would Raise a Toast to Beethoven, But, Well, That Would Be Inappropriate 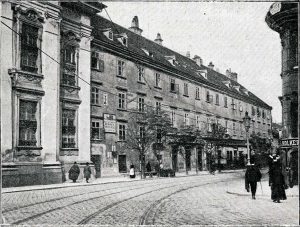 The Schwarzspanierhaus where Beethoven died. The room in which he died was behind the third or fourth window from the left on the third floor from ground level.

On March 26, 1827 – 191 years ago today – Ludwig van Beethoven died at the age of 56 years, 3 months, and 11 days in his third story apartment (what in Europe would have been called the second story) at Schwarzspanierstrasse 15, in a building called the Schwarzspanierhaus. (Schwarzspanierhaus means the “House of the Black-Robed Spaniards”, so-called because it had once been part of a monastery built by black-robed, Montserrat Benedictine monks from Spain. The order auctioned the building off in 1781, at which point it was turned into rental units. Painfully – and despite tremendous contemporary outcry – the building was demolished in the name of “progress” in 1904.)

Even by the standards of his day, Beethoven cannot have been considered a particularly healthy man. Along with his chronic hearing disability (which resulted in clinical deafness after 22 years), Beethoven suffered from smallpox, rheumatism and rheumatic fever, typhus, colitis, all sorts of skin disorders and infections, abscesses, ophthalmia (eye inflammations, in particular conjunctivitis or “pink eye”), chronic bronchitis, inflammatory degeneration of his arteries, colic, irritable bowl, foul body odors and extreme halitosis: bad breath. At the end of his life, let us add to this woeful list hepatitis, pancreatitis, jaundice and cirrhosis of the liver. Dude was a mess.

(Talk about “mess”. Roughly three months before Beethoven’s death, jaundice set in. Jaundice is a condition that causes the skin and the whites of the eyes to turn yellow, usually caused when the liver can no longer dispose of a waste product called bilirubin. Because of his deteriorating liver, Beethoven’s abdomen blew up like a balloon as a result of edema – water retention. Beethoven’s doctor – Andreas Ignaz Wawruch [1773-1842] – ordered in a specialist, who:

“cut into [Beethoven’s] abdomen and inserted a tube. Water spurted out, twenty-five pounds of liquid by Wawruch’s estimation, and an afterflow from the tube several times that much. [Italics mine]. It was all perfectly ghastly. At one point the incision became infected and gangrene was narrowly averted. Three more tapping operations were performed over the next two months. At the fourth tapping, the water from his belly soaked the bed and gushed across the floor.” 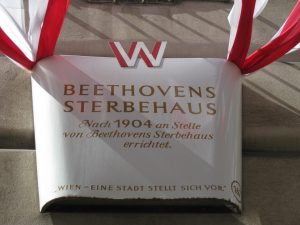 The memorial plaque that today marks the location of the Schwarzspanierhaus, which was demolished in 1904.

We can make quick work of syphilis. The only evidence of such is that in 1815, Beethoven was prescribed medication that included mercury, which at the time was commonly used to treat syphilis. But mercury was also used to treat a host of other diseases as well, and as Beethoven exhibited virtually no symptoms of syphilis, that diagnosis can be tossed into the Danube.

Beethoven’s cause-of-death de jour for the last 15 years (or so) is of plumbism: lead poisoning. That paragon of accuracy, Wikipedia, claims in an article entitled “Death of Ludwig van Beethoven” that:

“The leading cause of death still remains lead poisoning.”

Well, earth-to-Wikipedia; read our lips: Beethoven did not die of lead poisoning. 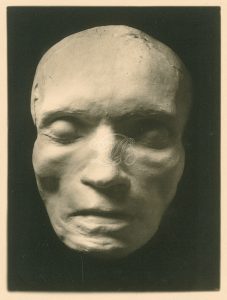 After the great man’s death, masses of “visitors” traipsed through his apartment at the Schwarzspanierhaus. Typical of the time, many of these visitors walked over to the corpse bearing a knife or a pair of scissors and helped themselves to some of Beethoven’s hair (quintuple yuck). Among these visitors was a 15 year-old pianist named Ferdinand Hiller, who would grow up to make a name for himself as a composer and conductor. Hiller put his wad of Beethoven’s hair into a locket. The locket eventually ended up in the hands of a Danish physician named Kay Fremming, who had been given the thing in gratitude for his work on behalf of Danish Jews during World War Two. After Fremming’s death, his daughter consigned the locket to be sold by Sotheby’s in London. It was purchased in 1994 by a Nogales, Arizona-based urologist and Beethoven groupie named Alfredo Guevara. Guevara paid $7,300 for the locket and the 582 strands of Beethoven’s hair contained within.

Eight of those strands of Beethoven’s hair were studied for four years. Among the results of the study was that the hairs were discovered to contain a lead concentration of 60 parts per million, 100 times more than what is considered normal today. The researchers thus concluded that the abdominal distress, emotional irritability and depression that plagued Beethoven his entire adult life were a result of plumbism: lead poisoning. And while the Project Director, William J. Walsh – chief scientist at the Health Research Institute in Naperville, Illinois – said that he doubts lead poisoning caused Beethoven’s deafness, we are told that more research will be conducted in that area as well. 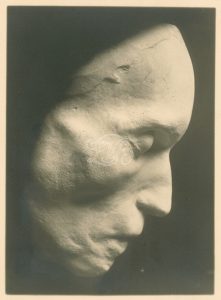 Except that one: human hair is a notoriously bad biomarker for lead contamination.

Two: lead concentrations in hair can only indicate short-term exposure, and there is no doubt that during the last three months of his life, Beethoven absorbed a lot of lead from the medications he was receiving for his terminal illness.

Three: in 1863, Beethoven corpse was exhumed, studied, and then reburied. During the process, fragments of the back of Beethoven’s skull – which had been cut free during his autopsy – were retained, and today reside at the Center for Beethoven Studies in San Jose, California. In 2010, the largest of these skull fragments was tested by a lead-poisoning expert named Dr. Andrew C. Todd at Mount Sinai School of Medicine in New York. Dr. Todd found a lead concentration of 13 micrograms per gram, “not markedly above what we would expect” in a 56 year-old man. According to doctor Todd:

“Beethoven didn’t have long-term high lead exposure, so I think we can stop looking at lead as being a major factor in his life.”

(Dr. William Meredith, the Beethoven scholar who had hand-carried the skull fragment from San Jose, California to New York for testing, had expected the fragment to corroborate the lead findings from Beethoven’s hair. In the end, all he could do was shrug and say regarding the cause of Beethoven’s death:

“It’s back to the drawing board for the scientists and the doctors.”

So back to the drawing board

Among the many things (none of them good) that Beethoven’s autopsy revealed was that his liver – which was leathery in consistency with a bumpy surface, greenish-blue, and containing pea-sized nodules – was shrunk to half of its normal size. His spleen and pancreas were both swollen to twice their normal size and black.

It is almost certain (I wrote “almost” merely to cover myself) that Beethoven died of progressive liver disease and finally decompensated (that is, accompanied by bleeding, abdominal fluid, and jaundice) cirrhosis; the immediate cause of death was a hepatic coma (total liver failure).

As for the cause of the liver disease itself, we need look no further than the bottle. Sadly, it was a case of the apple not falling far from the genetic tree. Beethoven’s paternal grandmother, Maria Josepha, was a chronic alcoholic who was shut away in a convent in Cologne for the last 20 years of her life by her husband, Beethoven’s paternal grandfather. Beethoven’s father Johann was a notorious drunk; he died of acute alcoholism at the age of 52. Beethoven himself drank prodigious amounts of wine, beer, and brandy, usually starting before noon. He was, however, a high-functioning alcoholic; and like Vincent van Gogh, Winston Churchill, Ernest Hemingway, W.C. Fields (among many others), Beethoven propensity for drink did not apparently impede his creative activity and may, in fact, have actually enhanced it.

But his intake notwithstanding, Beethoven had a genetic predisposition towards liver disease, and it got him in the end.

(For our information: next week’s Music History Monday will gratefully turn to happier Beethovenian times, with a discussion of the first performance of his Symphony No. 1 in 1800.)

Learn More about Beethoven in these courses 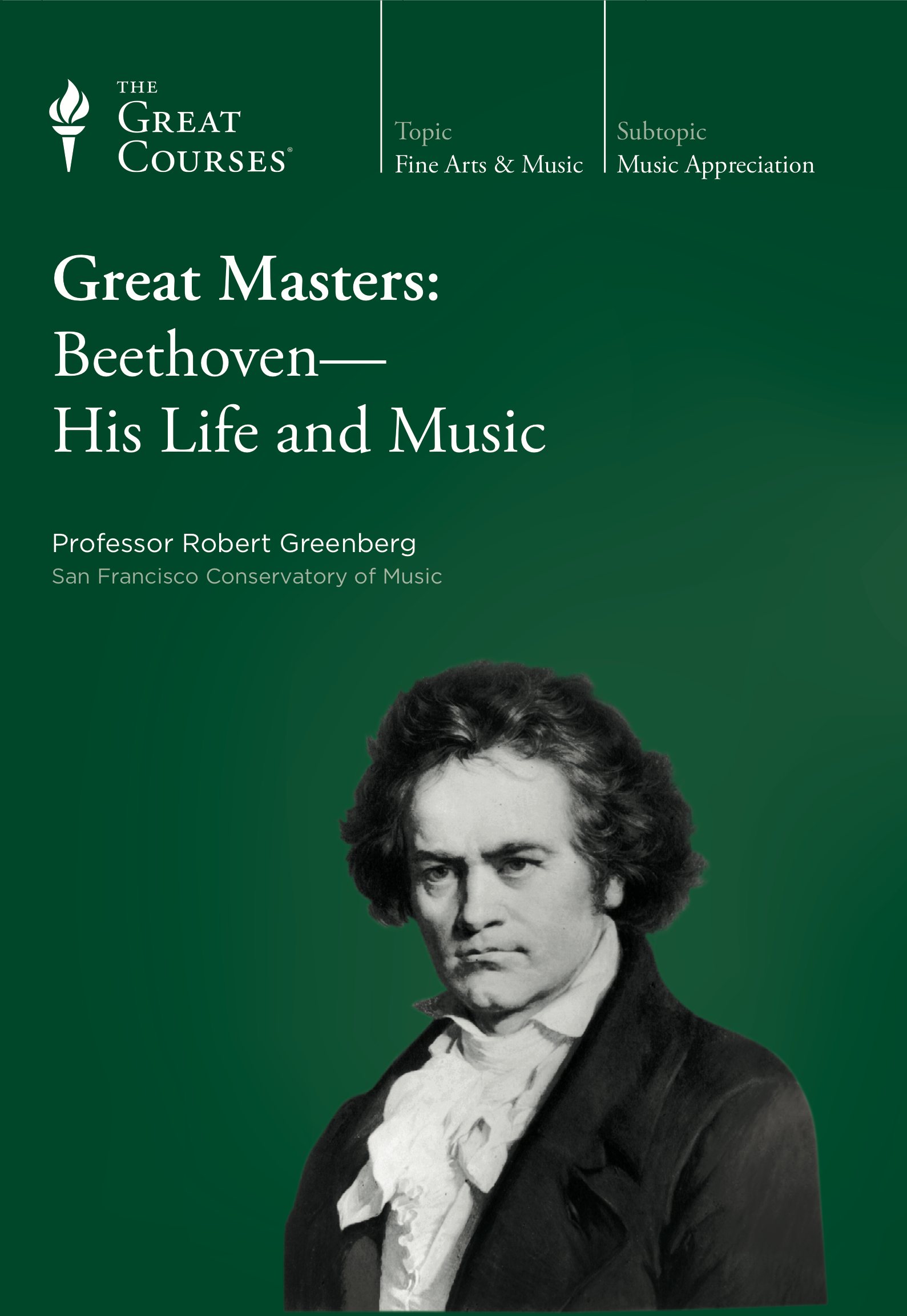 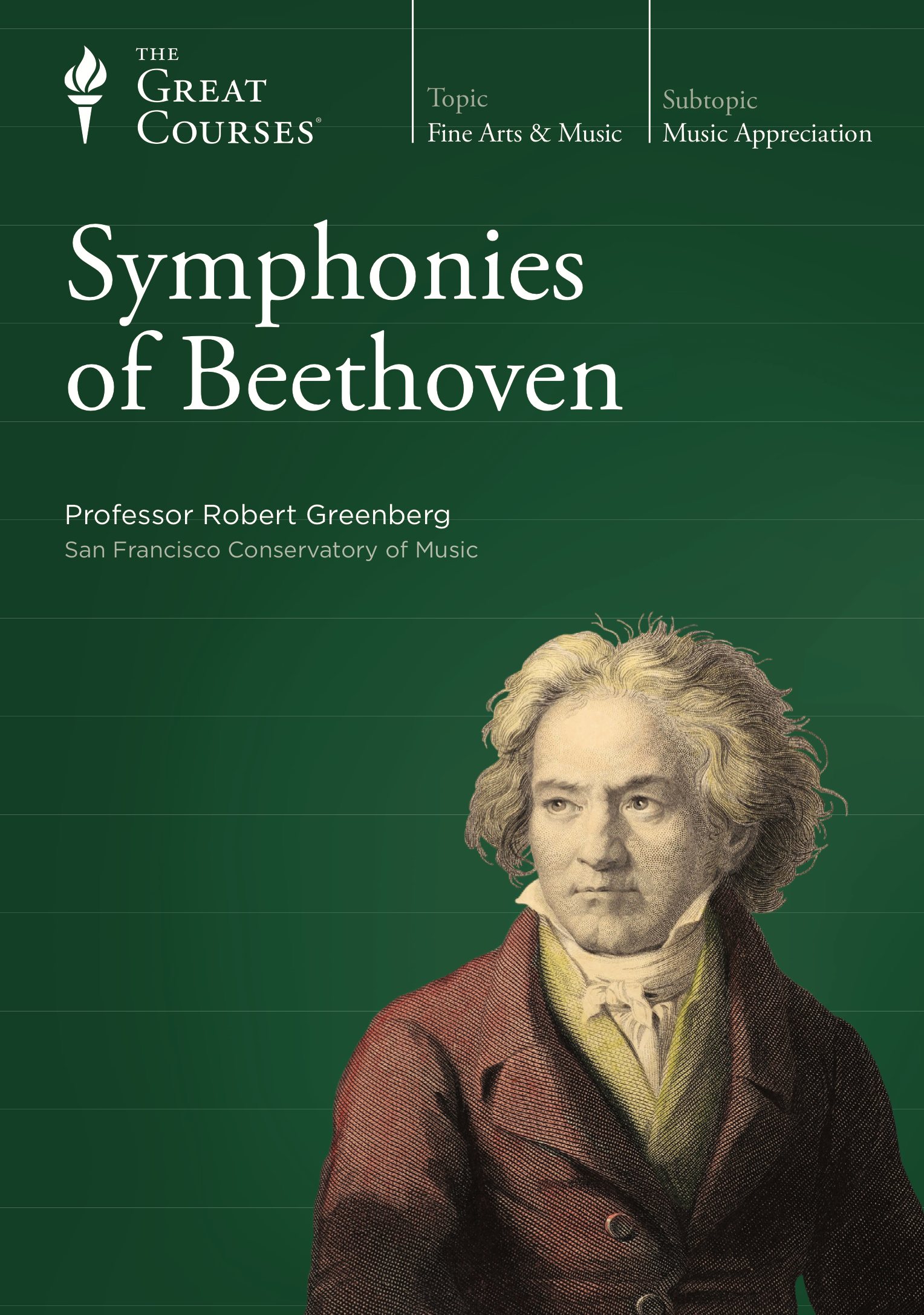 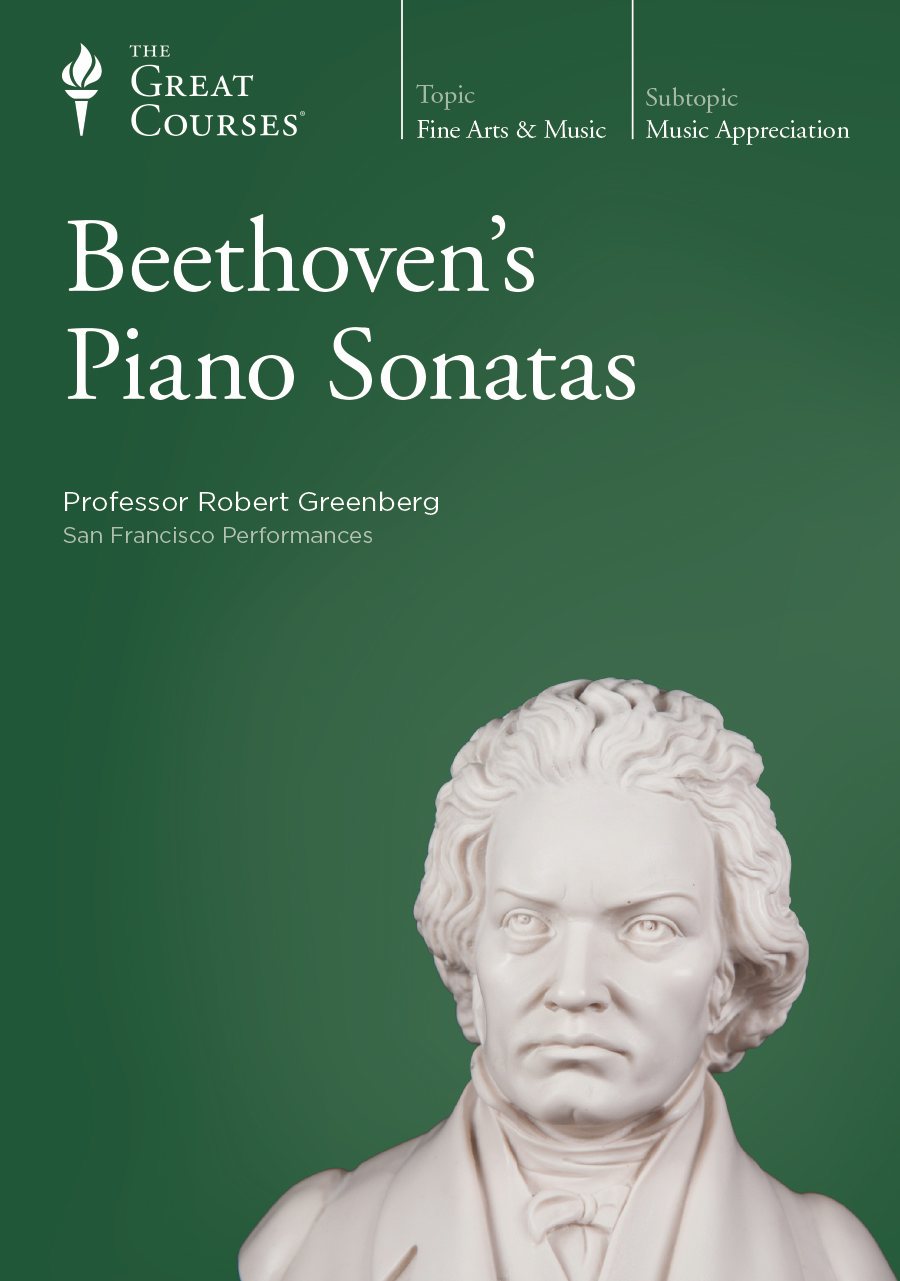 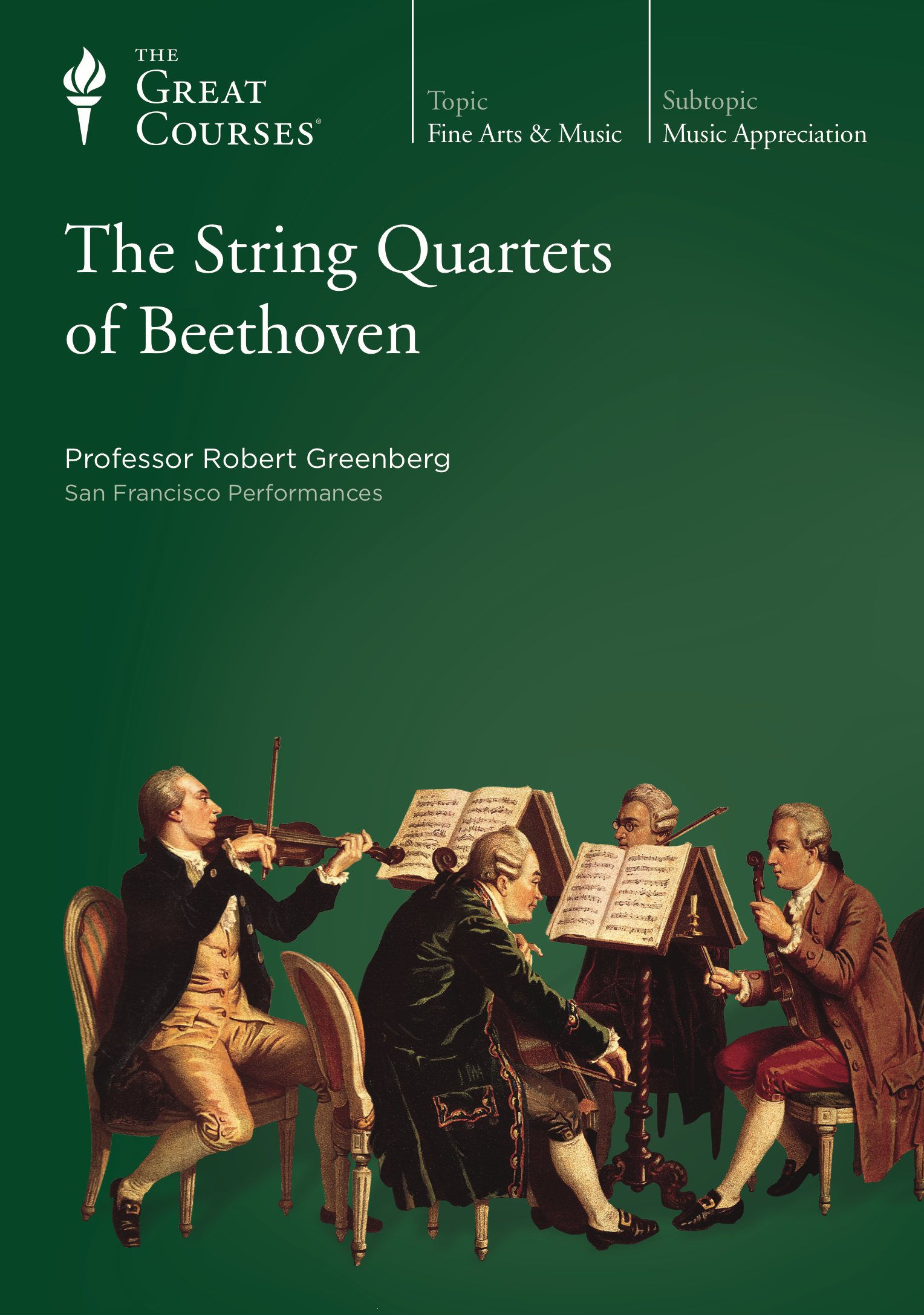