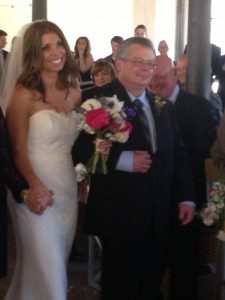 As events in music history go, July 9 is definitely on the lighter side. (Although, for me – personally – it is an important day, and I would use this opportunity to wish the happiest of birthdays to my beautiful daughter Rachel Amy, who was born in Berkeley, California 32 years ago today!) 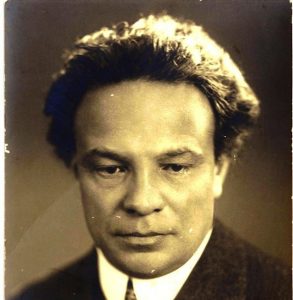 But back to musical business. We will indeed recognize the birth on July 9, 1879 – 139 years ago today – of the Italian composer, musicologist, and violinist Ottorino Respighi in Bologna, the city of lunch meat and red sauce fame. Respighi’s fame as a composer rests on four works: his three orchestral tone poems Fountains of Rome, Pines of Rome, and Roman Festivals; and the eighth of his nine operas, a work entitled La fiamma (meaning “The Flame”), which received its premiere on January 23, 1934 in Rome.

Fancy that: an Italian composer writing opera! In fact, there’s nothing more natural in the world. Opera was invented in Italy for the same reason that surfing was invented in Hawaii: Hawaii is surrounded by warm ocean water and perfect waves and Italians are surround by the musical warmth and beauty of the Italian language: that seemingly perfect amalgam of vowel and consonant. 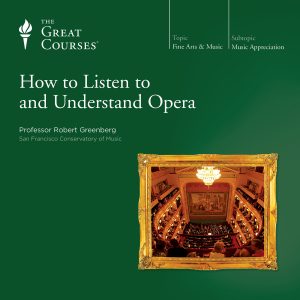 An “aristocratic entertainment.” Again: last week’s post observed how the great Jean-Jacques Rousseau disparaged French court opera in the 1740s and 1750s for the elitism he believed it represented. And according to various arbiters of PC today, the great bulk of the operatic repertoire should be rejected as being irrelevant, as it represents an antiquated, elitist Euro-world at odds with the global equality and diversity of the twenty-first century.

Oh. My. God. If I had a dollar for every time I’ve heard some version of this screed, I’d be a very wealthy person. Twenty-one years ago – in my Great Courses/Teaching Company survey entitled “How to Listen to and Understand Opera” – I ranted about this. I have updated that rant, because it is even more relevant today as it was in 1997. The rant was triggered by the introductory paragraph of a proposal for a world music course that I received from a high-end violinist based in the San Francisco Bay Area. Here is that paragraph:

“The ‘classical’ tradition in Western music, in Eurocentric culture, is a dying if not dead tradition. The musical style of the standard repertoire grew out of a relentlessly dominating minority culture known as imperialist Europe. Audiences and players are drawn to this essentially dead tradition as an escape from interactive values, interactive values which can properly be found in popular and world musical cultures. We must reject the dead tissue of our elitist past and embrace the living traditions of the present if we, as musicians and audiences, are to be relevant to our times.”

Okay; this is complete nonsense.

No. We don’t. So why do some of us feel the need to flog and flay our marvelous (and timeless) musical heritage because the circumstances surrounding some of its creation don’t live up to our contemporary view of “correct” creational standards?

I’d suggest that we’ve got it backwards today. There’s nothing wrong with the art itself: art created, incidentally, by middle class and working class individuals. Rather, there’s something wrong with us. If we as a culture, as a civilization, cannot understand and appreciate and assimilate as our own the crystalline truths of the best art from our past, what does it say about us, here, today?

Is Mozart’s extraordinary insight into the human condition we are witness to in his operas irrelevant to us because it was a product of “imperialistic Europe” – or are we, today, culturally and intellectually unworthy of him?

Please: let’s think about this.

Let us pretend that in Josephine Vienna ca. 1780-1790 there was a movement to equalize the musical arts, to celebrate, say, beer hall dance music at the expense of more elevated, “elitest” music. Great. Today we’d have lots of crumby beer-hall dance music; divorced from its social constituency such a repertoire would simply stand as a monument to amateurism and bad taste. The great works of Mozart, Haydn and Beethoven might have gone unwritten for simple lack of support and interest. Not only would we – today – be denied their extraordinary musical legacy, but all the composers who have lived since the 1780s would have lacked essential models for their own music, thereby altering profoundly, I fear for the much worse, the evolution of Western music.

If Mozart and Wagner and Puccini and Respighi are “dead art”, I would suggest we’ve forgotten how to properly live. In an age of brainless media that celebrates victims, some of us actually seem to believe that we are the victims of a Eurocentric musical repertoire iconographic of phallocentric imperialism and repression. As if there’s some sort of cultural conspiracy out to get us! (We can only wonder where Oliver Stone stands on this.)

What should be important to us is content and whether or not that content speaks to us. Back, per favore, to opera. The great works of the operatic repertoire – these investigations, through words and music, of the human condition – are as relevant and “classic” as the Illiad, Canterbury Tales, King Lear, Tom Jones (the book, not the singer), Catcher in the Rye and Gravity’s Rainbow, and are certainly more relevant than much (if not most) of the pap that passes for contemporary popular culture.

Might I be so incorrect as to suggest that their oppressive sins notwithstanding, when it comes to the arts I’m grateful to the aristocratic and clerical classes of Europe. Without them much of the greatest visual art, music, literature and architecture would simply not have been created. These people of wealth had the time, they had the resources, and they had the vision – for whatever selfish reasons – to finance the work of great artists. I only wish our financial aristocracy today were one-tenth as interested in our contemporary arts; there would be no “crisis-in-the-arts”’ as we know it today, and the pluralism that is central to our global culture would help to insure that our new art would become the province of the many, not just the few.

Great opera – great art – no matter when it was created, is not elitist entertainment. It is for all of us, each and every one.

Thank you. I feel so much better.

For more musical ranting and raving, heckling and haranguing, opining and bloviating, I would direct your attention to any one of my many Great Courses surveys.