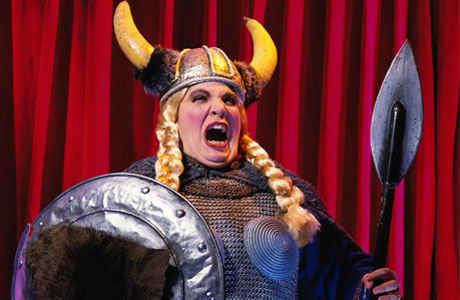 Okay, she is admittedly something less than “natural”, but then so were the girls I dated as a teenager. Welcome to Mr. Greenberg’s neighborhood.

I am just naïve enough to believe that almost all music is accessible – on some level or another – to almost all people. Obviously I’ve hedged, because some musical genres – Extreme Gangsta Rap and White Power Rock/Nazi Punk, for example – are best avoided by most feeling human beings. But to the point: the great bulk of our planet’s music – from Blues and Jazz to Zydeco and Blue Grass to North Indian Raga, Indonesian Gamelan, West African drumming, and Bhutanese mountain trumpeting (to name but a very few) – is of enduring beauty and quality and has something real and powerful to offer every one of us.

The evidence of the immediate appeal of most music to most people is the reaction of children to music. It is my experience that until children become overtly self-conscious about themselves and begin to subjectively discriminate between things (somewhere between ages 6 and 9), there are no more musical creatures on the planet. They will sing without inhibition at the drop of a hat and will dance to pretty much anything with a joy and abandon that the rest of us can only marvel at. They do not know “good music” from “bad music”; “right music” from “wrong music”; “modern music” from “music by dead people”; “Gangnam Style” from “Mozart”; they like pretty much ALL of it, and they will demonstrate their enthusiasm spontaneously.

(Just so, when certain folks tell me that opera – with its continuous singing – is “unnatural”, I suggest they watch a group of children at play. As often as not, the kids sing-song their words to themselves and/or to each other, and in doing so demonstrate what every song writer and opera composer knows: that by adding musical inflection to words one intensifies the meaning and the feelings behind those words a gazillion-fold. In truth, silly though it may, on occasion, appear, there is nothing more natural than opera.)

Tomorrow: suggestion number one for how to get and keep our kids interested in music.