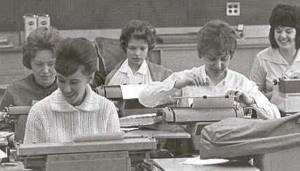 Where I should have been

We returned home late in the day on Tuesday, October 29. Typical of extended trips, we needed a vacation following our vacation. (Admittedly, mine was a “working vacation”, a phrase as oxymoronic as “vacations with children”. In truth, hanging out in Italy with your wife and 40 great people, eating like a pig and attending operas all over the map cannot possibly be construed as REAL work. So a “working vacation” it was.)

Anyway, given the physical consequences of intercontinental travel, a day or two of time zone reacclimation would have been sweet. But this was not to be, so on Wednesday, my new wife Nanci (who is a pediatrician) headed off to her office to see patients and then to the hospital to check on the newborns while I steeled myself for The Great Courses’ first professor web-chat, which occurred from 4PM-6PM Pacific time on Wednesday afternoon.

I was given a tutorial earlier in the day when a young woman from The Great Courses named Michelle walked me through the process over the phone and on the computer. I presume she is a young woman because only the young can explain technological complexities with such unselfconscious ease. (My 27 year-old daughter Rachel is the internet marketing and social media director for a very slick San Francisco magazine called “7×7”. When I asked her, not long ago, whether any of her colleagues were over thirty years of age, she rolled her eyes and told me, duh, that hers was not a field for the “elderly”.)

The web chat console that filled my computer screen was replete with various toggle switches, instructions for downloading media into the chat, and a series of “chat boxes”, in which questions, my responses, and private communication with the moderator (Michelle) would appear. It all seemed straight forward enough. That is, until the chat actually started. Within seconds we reached the upper limit of some 900+ participants, where we stayed for the next two hours. The questions, greetings, and admonitions came flying in at an impossibly fast rate; I hardly had time to read a single sentence when another 15 or 20 comments appeared. I typed as quickly as I could, but alas, I am but a two-fingered typist accustomed to taking his time. I felt like Lucy and Ethel Mertz on the candy-wrapping conveyer belt. I can honestly say that it was the hardest I ever had to work while sitting down. The two hours passed without a bladder break or a sip of martini, and when I finished my index fingers were more swollen than Ball Park Franks (which supposedly “plump when you cook ‘em!”).

Next time we do this (and I do hope there is a next time because, frantic as it was, it was fun), I’m hoping to be able to make my comments verbally.

Now, about this two-fingered typing thing. Typical of my educational era, I was forced to take “boy courses” in Junior High and High School, courses like mechanical drawing (with Mr. Nonnemacher who was, admittedly, a cool guy) and woodshop (with Mr. Vasbinder, aka “As*grinder” who was a perfectly nice guy but was nevertheless abused mercilessly by his 15 year-old charges; along with the “Vlad the Impaler Fan Club” and the voice of Courtney Love, there is nothing uglier than a pack of 15 year-old boys). Mechanical drawing and woodshop were, for me, a complete waste of time. Had I any inkling of what the future held, I would have taken the typing classes populated primarily by girls (who were, presumably, headed for secretarial careers) and boys of questionable machismo.