For Bb Clarinet, Violin and Piano

Rarefied Air was originally written for the ensemble Strata. “Strata”, according to my Webster’s Collegiate, means “layers lain atop one another … regions of the atmosphere that are analogous to the strata of the earth.” “Rarefied” air is that thin, clear, high layer of air lying at the top of the lower atmosphere, also known as the “stratosphere”.

This bit of atmospheric esoterica is meant to explain the inspiration for “Rarefied Air”. Movement I, “Liftoff” displays immediately the three basic registral strata of the piece: an explosive and densely chromatic low level (the “ground”), an intervening and rather more lyric middle level (up in the “air”), and a brittle and brilliant upper level (the “Strata-sphere”, as it were). The music of the first movement aspires to leave the ground and achieve escape velocity, a task ultimately accomplished by movement’s end. The second movement, “Creatures of the Night”, is meant to explore that strange, sparkling, twilight place where the edge of the atmosphere touches the edge of space. Movement III, “Fresh Aria”, descends back towards the middle register. The fourth and last movement, “Crystal Set”, is a crackling, virtuosic finale that returns, ultimately, to the earth. 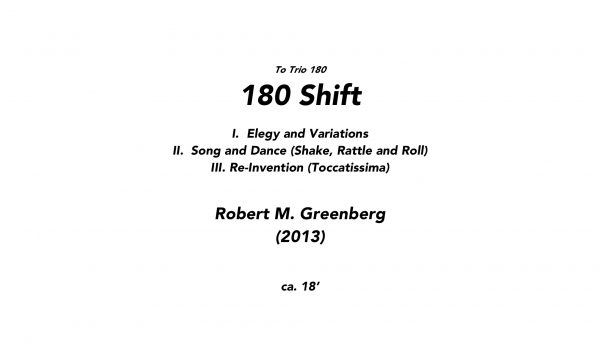