Announcing A New Series for Ora TV — “Conspiracies, Peccadilloes, and Dirty Little Secrets! Fun and Games with the Great Composers” 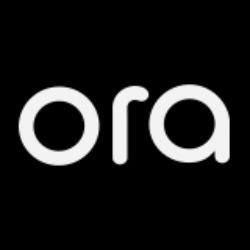 I have been busy with a new project that I am now in the position to share with you!

I have been writing a series of fifteen eight-minute episodes (1100-1150 words each) for Ora TV, an on-demand digital television network founded in 2012 by Carlos Slim (Forbes Magazine’s 2013 “richest man in the world”) and Larry King. The CEO of Ora TV, a fine gent named Jon Housman, contacted me after reading my December 4 post on Mozart’s death on this very site. Together, we have developed a show entitled: “Conspiracies, Peccadilloes, and Dirty Little Secrets! Fun and Games with the Great Composers” in which each episode focuses on a conspiracy, or a peccadillo, or a dirty little secret from the life of a composer.

Aside from the purely salacious, voyeuristic joy of dishing dirt on famous dead people, the point of this series is to render composers, who for reasons mysterious to me are among the most hallowed of historical figures, more real, more human, and more accessible. By doing so, this series is ultimately intended to make their music – which is so often treated like some supra-human thing – more real, more human, and more accessible as well

I finished the first drafts yesterday. I will spend the coming week streamlining and punching up the episodes. I trust my academic friends will forgive me for the generally sensational tone of the pieces; this is, after all, TV, and one must render unto the medium what the medium demands if we want anyone to watch the programs. I will admit I’ve had great fun writing them.

I/we will record the pieces at Ora’s Los Angeles studios in Glendale (next door to “beautiful downtown Burbank”) sometime in mid-spring. We do not yet have a release date, but I am told that turnaround should be rapid, so I’m figuring early summer. Readers of this blog will be among the first to know when the release date is set.