An Evening of Art and Music 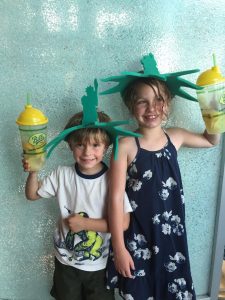 Public education. Pardon me for getting a bit vehement and more than a bit teary-eyed here, but there is nothing more important and yet financially undervalued than our public schools and the magnificent people who teach in and administer them. Yes, yes; it’s cliché to ask, but still: when was the last time the prison system, the military, and our state and national bureaucracies had to hold bake sales, car washes, and silent auctions in order to raise operating funds? When did our national priorities become so profoundly skewed? 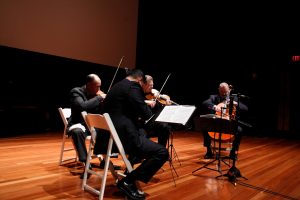 So raise funds we will, with a program to be held between 6 PM and 9 PM on October 10, 2015 at the David Brower Arts Center at 2150 Allston Way in Berkeley, California. Here’s a description of the program the Alexander String Quartet and I will perform:

“Joseph Haydn (1732-1809) and Wolfgang Mozart (1756-1791), the two greatest composers of the late eighteenth century, were the most different of men. Yet despite their differences they became real friends, a friendship based on their mutual respect for each other as musicians. In 1781 Mozart had the opportunity to hear six new string quartets composed by Haydn. Inspired to his cockles (a term best left undefined), Mozart composed six string quartets of his own over the next few years and dedicated the finished set to Haydn. Mozart’s six so-called “Haydn Quartets” are masterworks for the ages, among the greatest pieces of music ever composed on this planet by anyone at any time. This program will explore Mozart’s relationship with Haydn and will feature an examination and performance of the third of Mozart’s six “Haydn Quartets”, the String Quartet in E-flat Major of 1783.” 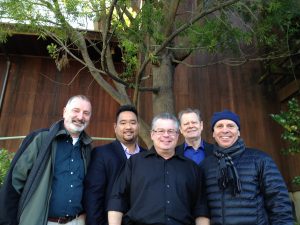 Aside from the extraordinary music and heartfelt commentary, there will be wine and food and bonhomie and the gratifying knowledge that a great cause has been well served. In addition, everyone who attends will lose weight and grow more hair and never suffer from dysfunctions of any kind. All in all, a total no brainer. How can anyone afford NOT to attend?

Please click here for information and tickets. See you there!