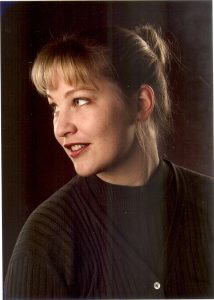 A further plug for the Composers, Inc. concert scheduled to take place next week in Berkeley. As a reminder, Composers, Inc. – now in its 31st season – is dedicated to the cause and performance of New American music.

The concert will feature works composed within just the last few years, by Cindy Cox, Don Freund, Marty Rokeach, Andrew Sigler, and yours truly. All five composers are slated to be in attendance at the concert, there to receive your huzzahs or your rotten tomatoes. (If you choose to pelt me with the latter, I would ask that you throw as well some buffalo mozzarella and fresh basil so that I might at least snack après le concert.)

The performers at Composers, Inc. concerts are always world class, and will include on October 7 Trio 180 (Ann Miller, violin; Nina Flyer, ‘cello; and Sonia Leong, piano); violinist Kelly Leon (who is about to celebrate her 25th year with the San Francisco Symphony), and the percussionist Jack van Geem (who has been the principal percussionist with the San Francisco for 23 years). (Jack is a legend: one of the greatest mallet percussionists of all time. While he is not performing my music on this concert, he has performed a number of my pieces over the years, the first one back in 1980. One of these days I will tell some Jack van Geem stories; I have seen him do things with four and six mallets in his hands that defy belief.)

Now. For those good people who would say, “gosh, Bob, I’d love to be there with you BUT I HATE MODERN MUSIC” I would say: be not afraid, dear friend. The ear-scorching, soul-searing, brain-addling, mono-chromatic post-WWII modernism that continues to give new music a bad name is, for the most part, a thing of the past. In any case, such music has never been part of the Composers, Inc. repertoire. This is not to say that Composers, Inc. soft-pedals contemporary music; rather, we curate our concerts very carefully so that they offer a stylistic cross-section of what is going on in the new music community today. So even if someone does not particularly “like” all the music, the experience of attending a Composers, Inc. concert is inevitably electrifying (in the best sort of way and not, like, capital punishment electrifying).