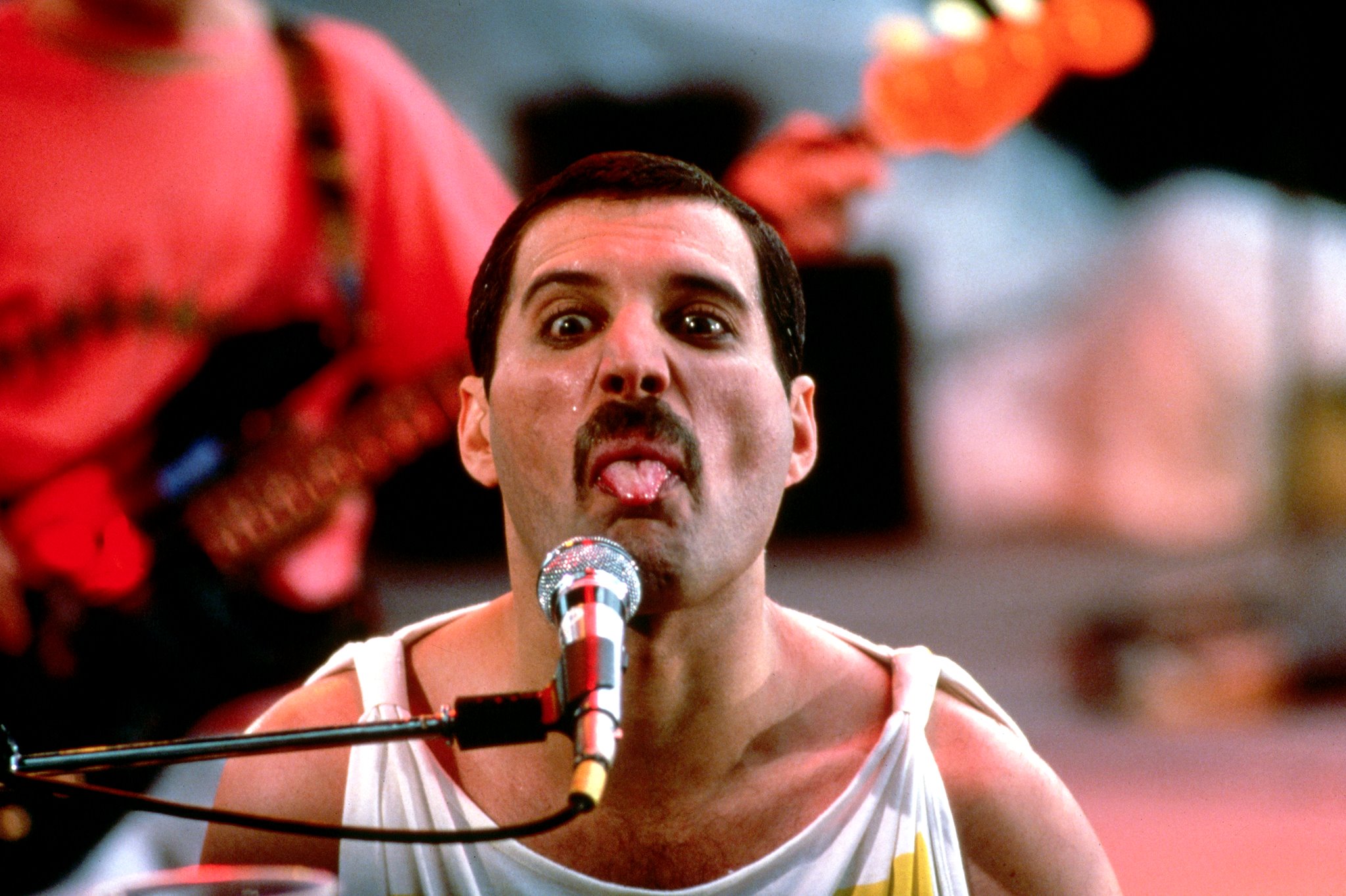 Freddie Mercury, who would have turned 67 years old tomorrow.

Among the top pick-up lines of my generation was the irksome “what’s your sign?”. I myself never used the line because one, I was too embarrassed to do so and two, I never gave much credence to the whole astrology trip, even as an ice-breaker. If you ask me (which you didn’t, but then you are reading this post), our actual birthdates are much less significant than the dates on which we were conceived.

Now please, I am not venturing into the social/religious/emotional minefield of “when” life begins (although I would invoke the joke that has a priest declare that life begins at conception, a reverend assert that life begins at birth, and a rabbi proclaim that “life begins when the kids go to college and the dog is DEAD!”). Rather, I’m merely pointing out that if the heavens truly affect our spirits and reproductive urges and fluids, then conception (and the physical activity that leads to such) seems much more likely to be affected by unseen gravitational tides than the rather more straightforward, contraction-dominated acts of labor and birth.

I will gladly acknowledge the advantages of celebrating “birthdays” rather than “days of conception”. First (and we’re all adults here, so let’s not mince words), unless a couple conjoins but once a month, the exact date of conception will be difficult to determine, whereas the exact moment of birth is rather impossible to miscalculate. Second, by celebrating conception we are – in fact – celebrating a conjugal act between our parents rather than the auspicious day during which we made our premiere appearance on earth. Thus, by celebrating our “day of conception” we are celebrating a sex-act between our parents. Generally speaking, this is not a welcome celebration, as few things make us more uncomfortable than the idea of our parents getting it on.

Now, according to various studies, the most common birthday in the United States is September 16.

A degree in particle physics is not required to figure out why this date – smack-dab in the middle of September – should be the most common birth-date. It has nothing to do will the alignment of heavenly bodies in September but everything to do with the alignment of human bodies during the December holiday season, when these September babies were conceived. According to recent studies cited by the Daily Beast, a full nine percent of all annual conceptions take place during the seven days between Christmas and New Year’s Day. The result of all this December begetting is a September calving season. According to a ranking published in the New York Times, the six most common birthdays are: September 16, September 9, September 23, September 17, September 22, and September 21.

That qualifies collectively as some pretty rambunctious holiday behavior, behavior germane to the usual topic of this blog, meaning music. September is an unusually rich month for composers’ births, no more so than just the next couple of days. For example, 189 years ago today (September 4, 1824), the composer and organist Anton Joseph Bruckner was born in the Austrian town of Ansfelden. Tomorrow – September 5 – marks the birthday of a gaggle of composers including Johann Christian Bach in 1735 (the youngest son of Johann Sebastian), in Leipzig; the Austrian composer and publisher Anton Diabelli, whose little waltz for piano inspired Beethoven to compose what many consider to be the single greatest solo piano work of the nineteenth century, the 33 Variations on a waltz by Anton Diabelli; the German-born Jacob Liebmann Beer on 1791, who as “Giacomo Meyerbeer” became the operatic toast of Paris; and the American composer, pianist, writer, and agent provocateur John Cage, in Los Angeles, in 1912.

(Completeness demands that we add two more names to this list of September 4th and 5th birthday babies. Beyoncé Giselle Knowles-Carter, known simply as Beyoncé – making her a “mononymous person”; that is, someone known by a single name – was born on September 4, 1981 in Houston. Farrokh Bulsara, alias “Freddie Mercury”, was born in Zanzibar on September 5, 1946.)

To the parents of all these remarkable talents – Messrs. and Mesdames Bruckner, Bach, Diabelli, Beer, Cage, Knowles-Carter and Bulsara – we thank you for the gifts you conceived during what was, in retrospect, a most productive holiday season!